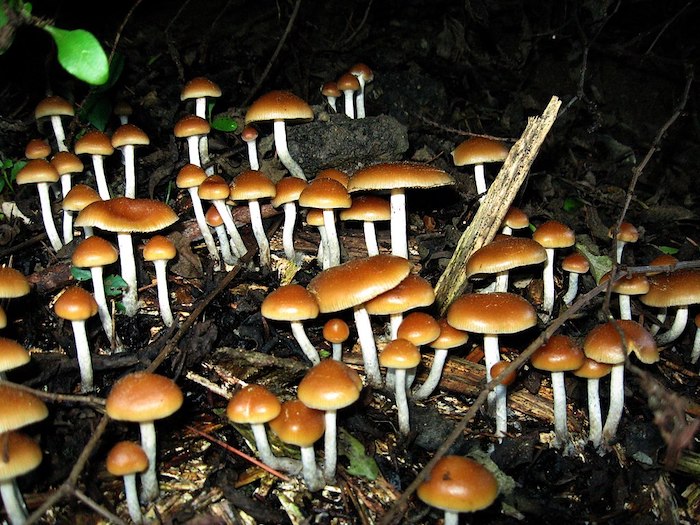 It’s over for marijuana prohibition, people. Ten states and counting have legalized recreational pot, and states are already reaping the untoward benefits of better-funded schools and better-maintained roads. Godless Senator Chuck Schumer has already circulated the idea of decriminalizing weed at the federal level. It’s only a matter of time. The good old days are gone. The erosion of American society is inevitable.

But, the liberal hordes — of course — aren’t content with their victory. No, in their never-ending quest to turn every American living room into a Widespread Panic show, the hippies are moving on to their next big conquest: legalized shrooms.

The Fight Is Further Along Than You Think

In Oregon, a state so evil that psilocybin mushrooms actually spring from the ground, stupid hippies with a good lawyer are a scant 117,578 signatures away from getting a measure on the 2020 ballot that would legalize psilocybin (the fancy science word for magic mushrooms).

The California contingent has a tougher row to hoe. They need 365,880 signatures to get their legalized shrooms BS on the 2020 ballot. Still, though, the state needs those signatures by April 30. Usually, I’d say its impossible to collect a thousands-strong group of people who all want to see civilization degraded with legal drugs. Then, I remember that Coachella is earlier in April.

I’d worry about the souls of upstanding Californians, but then I remember there aren’t any. Still, though, these people are using some arcane magic called “science” to convince people in their state (and beyond) that legalized shrooms would be good for everybody.

The degenerates behind the pro-shrooms movement are committed to pushing the fallacy that drugs make people feel good. I know, that sounds patently ridiculous, but it’s a notion that’s been put to the test by several academics who confirm its authenticity. The general consensus among the college-educated (especially those currently enrolled) is that drugs are fucking awesome.

For years, particularly devious “scientists” have completed research indicating that legalized shrooms are okay. Take this Johns Hopkins study from 2011 in which researchers forced Christians to do shrooms five times. Not only did 94 percent of the entrants call the study one of the top five most meaningful experiences of their lives, but the test subjects friends and family reported the subjects were, “calmer, happier and kinder” after mealing down some magic mushrooms.

This is obviously part of a sinister plot to destroy not only America but God, too.

Drug Away the Gloomies

Even if Oregon and California and their sister sin city Denver, Colorado can’t push their agenda, psilocybin may get a boost from the obviously corrupt Federal Drug Administration. In August, the FDA approved testing for magic mushrooms.

As it happens, the smarty-pants at Compass Pathways believes they found a solid approach to depression, specifically the kind of soul-wrenching despair that has historically scoffed at attempts at treatment.

“If our studies are successful, we could be applying for marketing authorization in two to three years,” said Compass Pathways rep Tracy Cheung. Of course, the results of the fifteen-month study will be available just in time for enterprising granola fans in Oregon and California to use a high profile shroom study to their advantage.

It’s up to us to stand up to evildoers like the people at the Oregon Psilocybin Society (https://www.opsbuzz.com/help-legalize-psilocybin-therapy-in-oregon/) who are doing Satan’s work under the guise of helping people with mental health issues.

Even if this study isn’t overtly successful, these zealots have that 2011 study to fall back on. Okay, there was another one from 2017 that showed small doses of psilocybin help ease the symptoms of depression. Ugh, fine, in 2016, the liberals at NYU and John Hopkins demonstrated that a single dose of psilocybin eased anxiety in cancer patients for up to eight months.

Okay, okay, okay, that all might make it sound like mushrooms really might be magical, but it’s important to remember that making drugs illegal was and is the right thing to do.

New information and a growing number of scientific voices can’t change the fact that we were right. This is a fight we can’t lose, people. The society of God’s favorite nation is at stake. After all, what will people think of us if we admit we’ve learned new stuff since 1971?

A Totally True, Completely Unbiased History of Marijuana in the United States

The world is devastated by the news that Britain’s Prince Philip, the Duke of Edinburgh, has died at the age of 99. Palace media confirms that the Duke has expired mid-day today, April 9th. The announcement did not contain any specifics on the cause of death. The United Kingdom will enter a state of national… END_OF_DOCUMENT_TOKEN_TO_BE_REPLACED

Who would have known that religious prophets would be among the most loyal supporters of former President Trump? In fact, it has been observed that the most conservative Christians may have been the right amount of push for Trump’s presidential win back in 2016. Since Trump’s election back in 2016, numerous self-proclaimed “prophets” have been… END_OF_DOCUMENT_TOKEN_TO_BE_REPLACED

President Biden falls and slips multiple times on the Airforce One Steps and PEOPLE ARE GOING CRAZY! What’s the big deal? Some people are hating, while others are making memes just for the fun of it. We are all human, aren’t we? Everyone’s expected to stumble some time in their lives. However, with the internet… END_OF_DOCUMENT_TOKEN_TO_BE_REPLACED