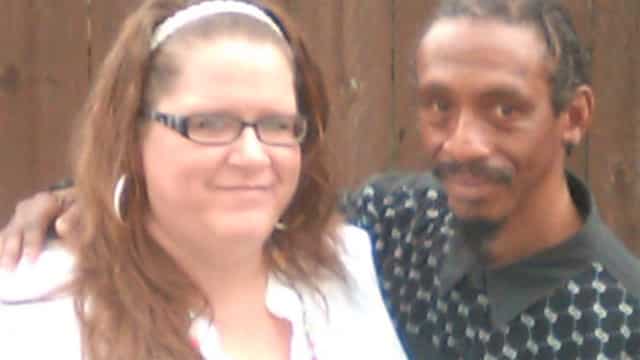 Anyone who has ever been in a troubled relationship will know that anything can happen during a lover’s quarrel. What seemingly started as a petty argument over a toilet seat placement can quickly turn into bruises and cuts if at least one of you is unstable or dangerous. However, one quarrel resulted in the death of the guy after her 300-pound girlfriend crushed him to death.

Windi Thomas and her late boyfriend, Keeno “Loco” Butler lived in Erie Pennsylvania, both of them were 44 years old. Apparently, the couple was troubled and was not in a healthy relationship. One day, both of them decided to have a little R&R by drinking. Thomas apparently wanted something stronger– she wanted to smoke crack (cocaine), and the pair got into an argument.

This did not end well for both of them, more so for Butler. The intoxicated Thomas stabbed Butler with a knife and hit him in the head with a table leg before delivering the coup de grâce, by crushing and choking her boyfriend using her own weight; lying on top of him. Thomas was a 300-pound woman while Butler only weighed 120 pounds.

When the dust settled, it seemed Thomas realized what she had just done. She pleaded guilty to court for a third-degree murder and now faces a sentence of 18 to 36 years. She will be sentenced on December 21. Meanwhile, Thomas, who was already a grandparent, will be survived by a daughter, Adele Brown, two grandchildren, his mother, and nine siblings.

How did he die? An African American man, George Floyd, 46, was killed by Minneapolis Police officers. Floyd was being investigated for forgery. George Floyd’s death was caused by a police officer holding him down on the ground with a knee on his neck. He was not shot to death but instead strangulated. Now, his family… END_OF_DOCUMENT_TOKEN_TO_BE_REPLACED

The Blood Test, The Swab Test, and The Saliva Test      Essentially, there are three general types of COVID-19 testing produced so far. One is the rapid test, the second is the saliva test and the other is the swab test. The rapid test (also known as the anti-body test) uses blood samples. The swab test… END_OF_DOCUMENT_TOKEN_TO_BE_REPLACED

The COVID-19 pandemic is one of the biggest modern pandemics known in history. Currently, there are more than five million confirmed cases in the world, with a total of 333,000 deaths. A total of 1.6 million of these confirmed cases are in the US alone. The world is currently in a race of finding a… END_OF_DOCUMENT_TOKEN_TO_BE_REPLACED

Despite concrete data and research, people’s opinions will always be diverse when it comes to a variety of topics including religion, politics, gender, and more. Denial is a common reaction to many important discussions and serious world events. The COVID-19 pandemic does not differ from any issues and is subject to opinions from critiques all… END_OF_DOCUMENT_TOKEN_TO_BE_REPLACED

Back in January, when the Wuhan, China coronavirus broke out, it didn’t make it to the front page of newspapers, in print or virtual form. Today, January feels like a lifetime away. Like it or not, people around the world have adapted to the new normal – staying at home, frequent hand washing, and social… END_OF_DOCUMENT_TOKEN_TO_BE_REPLACED

Since the beginning of the year 2020, the whole world has been stupefied by the rapid spread of a deadly coronavirus known as COVID-19. World superpowers in the West were unable to prevent the virus from reaching their borders. Because of this fact, the novel coronavirus COVID-19 became a world-wide pandemic no less than three… END_OF_DOCUMENT_TOKEN_TO_BE_REPLACED