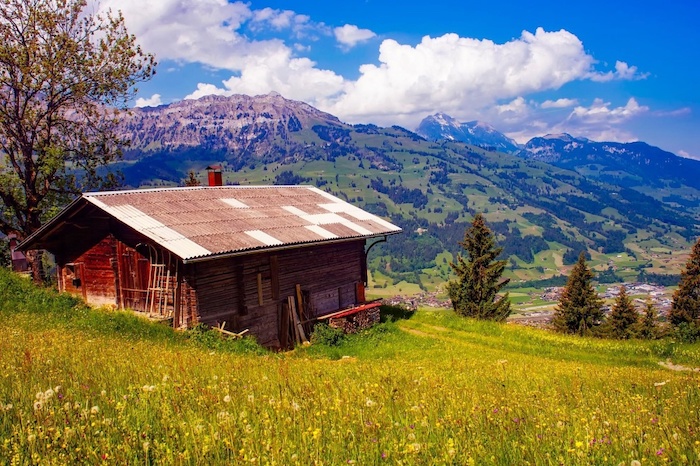 The dust has hardly settled on the 2018 midterms, and already Democratic Party strategists are setting their sights on 2020, reclaiming the Senate, and ousting the world’s biggest single-cell organism from the ghostly, understaffed halls of the White House.

As the nation’s liberals begin their enormous task, their eyes will be turned to the country’s diverse array of rural citizens. See, over the last several years, the right-leaning rural areas of the nation are getting more and more conservative. According to The Washington Post, “In counties with fewer than 100,000 people … 9 out of 10 voted more Republican than they did in 2004.”

While the nation’s urban areas are getting more and more liberal, the United States’ rural and mid-sized regions are moseying closer and closer to the right. The good news is, these hearts and minds are not total losses. They can be won. Before they voted for Trump, they voted for Obama. The nation’s less populated areas can be pulled back to the left (or at least back to the center) once more.

There Are a Lot of Them, And They Vote

See, now an urban American might have read that first bit and thought, who gives a damn how some yokels cast their vote? Good question (and we hope you enjoy paying $1000 a month for a studio apartment).

The first reason to give a damn is this: there is an ass load of them. As of the 2015 Census, about 62 percent of the nation lived in an urban area. The mathematicians in the crowd may smirk about how that leaves less than 40 percent of America out in the boonies. So, fuck ‘em. You’d be right if 100 percent of people living in the city voted in every election.

Unfortunately, urban areas vote way less than their rural counterparts, sometimes by a margin of fifteen percent. So, if you want to win America, you have to win its suburban and rural citizens. That is totally doable.

Stop Being Such Sissies

You know how Donald Trump has a penchant for saying really terrible crap (https://socialnewsdaily.com/70101/10-things-trump-does-no-one-else-would-get-away-with/) and then blowing it off by just claiming he’s just a straight shooter?

Yeah, Trump voters love that shit. They think he’s bold, and “sticking to his guns.” They think Trump is honest by calling women dogs; they think he’s behaving like a leader when he’s an aggressive dick. You see gaping butthole; they see an honest leader.

During her (successful quest) to win a Mississippi Senatorial seat, Republican Cindy Hyde-Smith made a joke about attending a public hanging for, like, literally no reason at all. And she refused to apologize beyond vaguely acknowledging that the comment might have upset some people. As a gloating reminder of the racially-motivated horror show that is Mississippi’s past, yeah, it fucking bothered some people.

Unfortunately, her Democrat challenger, Mike Espy, chose to throw out some feeble, vague response that essentially amounted to “she should have known better.” If Espy wanted to get some respect, he should have nailed Hyde-Smith to the wall, not passively hoped people would understand how monstrous her comments were.

If you want to steal a few rural voters, put a little bass in your voice and stopped getting punched in the face when some nitwit says something awful. Call them on it. Stand up for yourself.

Hillary Clinton was (and still is) a shifty, political monster. And that’s coming from someone who grudgingly voted for her. People freaking hate this woman, and they have for years. Even now, after the biggest political hosing of the decade, people still do not pity her. Gallup puts her favorability rating at 36 percent.

Trump was (and is) a boisterous oaf, but he was also widely beloved until he turned into a serious candidate for President. At least, when compared to a woman who is really, truly despised, he looked like the lesser of two evils. So, don’t make the mistake of nominating some controversial person who will split not just party voters, but voters nationwide.

That means don’t nominate Sanders or Warren, and for the love of God, do not nominate Hillary Clinton again. Seriously, as a voter, I will freaking lose it.

Use Heritage to Kill Heritage Arguments

Are Confederate flags in the state house racist? You bet they are! Are Confederate statues deplorable to their core? Absolutely! Don’t shy away from that shit; turn history around on your attacker. This quote from Robert E. Lee is a personal favorite:

That way, you’re not denigrating someone who’s foolishly clinging to a conflict that ended more than 150 years ago, you’re using an historic idol to tell them to can it.

Don’t Forget About the Ladies

The 2018 midterms were a female show. Yet, of the 125 women taking up a position in the House of Representatives, only 19 are Republican. The Republican Party doesn’t have the infrastructure to support ladies with their silly aspirations.

Says Meghan Milloy, the co-founder and co-executive director of Republican Women for Progres, “Structures aren’t in place and recruitment isn’t in place, and obviously, when you have the rhetoric that’s going on with the Republican Party, it doesn’t encourage women to run as Republicans or to be in the party at all.”

By appealing to women — and doing it in a way that avoids a mention of “family” — Democrats could conceivably pick up some big votes.

The world is devastated by the news that Britain’s Prince Philip, the Duke of Edinburgh, has died at the age of 99. Palace media confirms that the Duke has expired mid-day today, April 9th. The announcement did not contain any specifics on the cause of death. The United Kingdom will enter a state of national… END_OF_DOCUMENT_TOKEN_TO_BE_REPLACED

Who would have known that religious prophets would be among the most loyal supporters of former President Trump? In fact, it has been observed that the most conservative Christians may have been the right amount of push for Trump’s presidential win back in 2016. Since Trump’s election back in 2016, numerous self-proclaimed “prophets” have been… END_OF_DOCUMENT_TOKEN_TO_BE_REPLACED

President Biden falls and slips multiple times on the Airforce One Steps and PEOPLE ARE GOING CRAZY! What’s the big deal? Some people are hating, while others are making memes just for the fun of it. We are all human, aren’t we? Everyone’s expected to stumble some time in their lives. However, with the internet… END_OF_DOCUMENT_TOKEN_TO_BE_REPLACED