New Orleans experienced an awkward blackout in the middle of Super Bowl 47 last night, with Twitter stepping up to shine the light of lulz into the darkness.

The biggest question of the Internet during the blackout last night was “who is to blame?” Due to a recent lip-syncing controversy and an obvious patented hatred for all-things “Murka,” some blamed Beyonce for the blackout. Due to the New Orleans locale, memories of Katrina, and his reputation as the most hated US president in recent history, others pulled out and dusted off George W. Bush to shoulder the blame. 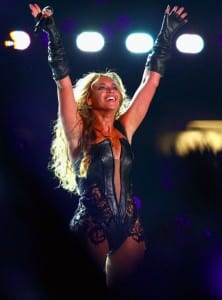 The force and power that is Beyonce just shut the Super Bowl down ha! Too funny! — Kelly Clarkson (@kelly_clarkson) February 4, 2013

Beyoncé stole the show… Then she stole the power. — Grumpy Cat(@ItsTheGrumpyCat) February 4, 2013

I think Beyonce drained all the power from the southern grid. — Gary Sinise (@GarySinise) February 4, 2013 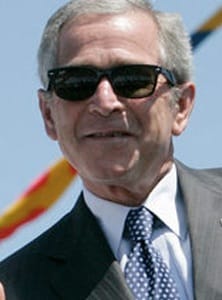 Now bring on the Bush hate!

Can we blame George Bush for this power outage in New Orleans at the Super Bowl? #HeWasBlamedForEverythingElse — Froggy (@froggyradio) February 4, 2013

Somewhere someone is blaming George W. Bush for the power outage. Everything that goes wrong in Orleans is his fault!

Did you tweet about the Super Bowl blackout? Who do you think was to blame? Beyonce or George Bush?