The day that Fox News abandons President Trump to the mercy of the masses will be a strange day indeed. And it may already be happening in plain view of the public.

Fox News has been gradually distancing itself from the President. It seems that even their moribund, bloated corpse of a news agency might have enough awareness of the reality everyone else lives in to notice that Trump appears to be heading for a major fall. There is a pie zooming directly for his head, and Fox is edging itself out of the way and hoping no one notices. They don’t want to get their expensive suit dirty! A likely excuse.

Fox News isn’t the only one doing this sideways cha-cha. Even Putin, Trump’s erstwhile friend and probable blackmailer, is starting to get a little less sure about Donald. This is a man who has literally killed opposition leaders on multiple occasions. The elections in Russia are in name only, and there’s very little attempt to even hide it. Why they hold an election is anyone’s guess. Maybe they want to have the trappings of a democracy, but Putin certainly seems sluggish to cooperate. So this ex-KGB agent, this murder of foes and de facto dictator of the Russian people, is starting to feel like maybe Trump will see some consequences for his actions. The shocking part is that Putin even has some grasp of what “consequences” are, seeing as he has never faced them once in his public life. Even this dictator with a heart of gold (and bewitching eyes, George W. Bush would be eager to remind us) is starting to get cold feet and slip, ever so slowly, away from the impending crash. 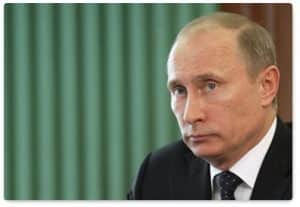 It seems that both Fox News and Putin knew what would happen from the start. They knew that Trump would get eviscerated in office, but they also knew they could milk his brief presidency for massive personal benefit. As Mueller bears down on Trump with the fury of a thousand grim looks, Putin and Fox now see coming what they always expected: the total destruction of the Trump presidency and, perhaps, Trump the brand. Although the Trump brand has weathered worse storms, simply by treating shame like a long-lost relative asking for money.

It makes sense that Fox and Putin would know the future of Trump. After all, they worked doggedly to get him elected, and they succeeded. And there’s no way that Trump was circumspect enough to keep whatever dirty secret he has all to himself. Shit, he probably told Putin that he was a corrupt moron the first time he met him. Even if he didn’t speak the words, his actions must have broadcast it loud and clear. So, fully aware of Trump’s complicity, cooperation, and perhaps even participation in the massive election rigging scandal currently winding up to flatten Trump like two-day-old roadkill, Putin and Fox have been gradually watching the clock of the Trump presidency tick down while they hurriedly stuff as many gold coins into their pants as they can carry.

It’s been said many times before: if this wasn’t about the presidency, it would honestly be hilarious. We’ve never had a president so obviously disdainful of the job. He holds his office like a dirty adult diaper, wrinkling his nose and looking around for someone to blame. Where most people would be honored, or at least have the good sense to pretend to be honored, Trump complains. Trump complains at every opportunity and has founded his global brand upon being the squeakiest wheel to ever refuse grease. 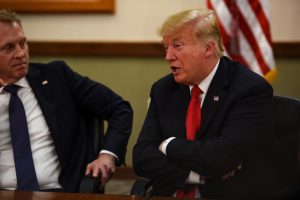 As a plot of an “Arrested Development” style comedy, it has major potential. Everyone involved is terrible, most of them are incredibly stupid, all the drama is powered by selfishness and jealousy combined with the previously-mentioned traits, and no one is smart enough to keep their dumb mouth shut. Shove them cameras in there and get John Krasinski to be the straight man, and you’ll have ratings like the Super Bowl. Of course, with the sheer density of stupid moment, John Krasinski’s role would essentially consist of starting into the camera and rolling his eyes, perhaps starting a second eye-roll before the first has even finished on especially fast-paced days. I’m not even sure he could fit in any time for pranks!

Whatever comes of the Mueller investigation, it’s going to be a major event. Even if Trump isn’t personally implicated, it is certain to drag his presidency to the ground. Even if unindicted, Trump will handle the situation with his trademark enthusiastic obtuseness and self-aggrandizing monomania. Even if he was just a useful idiot (deeply unlikely), he’s certain to make some impeachable gaff, like pardoning the obviously guilty so they won’t incriminate him. And remember, impeachment doesn’t require a legal crime to happen, just for Congress to decide the president is a jerkoff. And in the unimaginable circumstance that Trump does not get impeached, he will be run out of town on a rail, tarred and feathered, by any human being smart enough to run against him. It will be like running against a cardboard cut out of a comedy hillbilly come election time.