It’s been a tough week in France, and we can’t overstate it. Folks in the land of brie and striped shirts are literally rioting through the city, which is the kind of thing you only see on the television news at the beginning of an apocalypse film. It turns out that the French are suddenly not quite to smugly content, much to the shock of most foreign observers, I should think. My first reaction at hearing about the French riots was shocked confusion: the two hardly seem to together at all. Is it racist, I wondered? 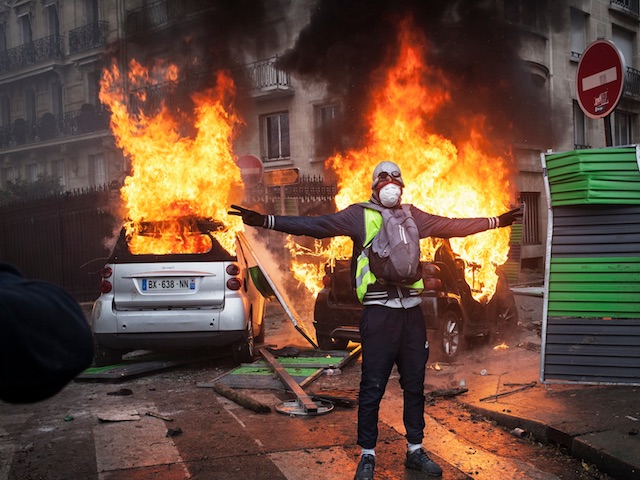 Fortunately, it doesn’t seem (very) racist, which is a plus. As time would tell, this street party/riot/costume ball is coordinated by the Yellow Vests, a loose group of Facebook-organized populists that’s been encouraging the protests. Numbers have swelled to 300,000 participants, which has to be like every third person in Paris or something. This all started over a significant gasoline tax hike, and the French, as big drivers of SUVs (I guess?) were rather pissed. It seems that Macron has pushed the envelope a little too far, and people feel he is no longer in touch with the needs of the common man. He has slashed France’s unusually high tax on the ultra-rich, softened labor protections, refused to raise the minimum wage (about $1,350 a month now), and generally been a fancy city boy with soft hands. 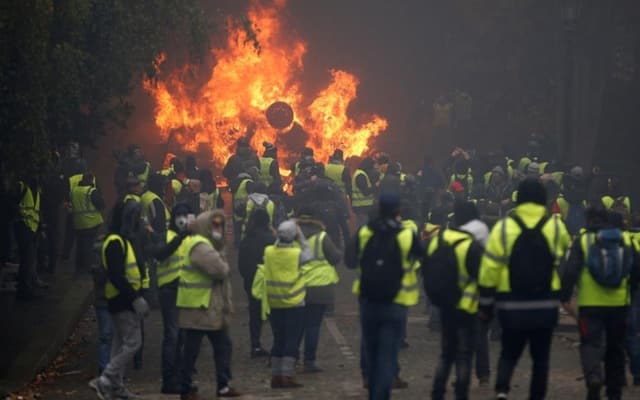 Rather than doing honest work on a cheese farm, it seems, Macron sips tea with the Queen and laughs at passing grimy peasants before kicking them in the ribs. Or drinks cognac with Mr. Peanut. It’s kind of not clear. But man, are people not exactly excited about this! Like lighting-cars-on-fire, storm-the-bastille, eat-the-rich kind of not excited. It doesn’t help that the standard of living in France has worsened, which is definitely the kind of thing you’d probably grouse about. The name comes from that fact that they all wear hi-viz vests, which makes them rather less intimidating. From afar, they might appear to be simply an unusually work-shy group of local road workers.

The protests were simmering in the provinces for a while, where it’s harder to get a good car-burning rage really going, what with things being so far apart and non-urbanized. Torching your own stuff isn’t much of a riot as it is arson. So they protested staidly if angerly, which is really the appropriate attitude to bring to a protest. But by the time the protests hit Paris, it was like a fresh new dance craze: over the weekend, it took over. And spawned riots and all the associated hokey-pokey, which is a bit less like a dance craze. 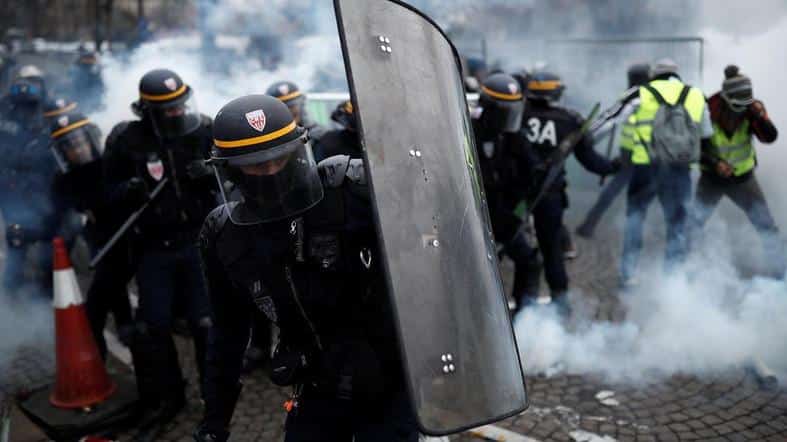 Things got violent when anarchists known as “casseurs” started stirring up trouble. These are just who you would expect: rioters and thugs from violent fringe movements. Four people got killed, and they’ve defaced monuments and caused an estimated $3 million in damages. So it’s grim business in the most romantic city in the world. It’s also a little hard to contain. There’s no real leadership or club president that can be negotiated with. They want a new election and (rather optimistically) the resignation of Macron. Not that Macron is exactly the most popular leader of a country right now. Pretty much every one of his plans has encountered significant resistance from the public. He has this “don’t back down” attitude about it, so it seems like he’s just jamming his rich fancy boy policies down the throat of the salt of the earth everyman. It’s definitely going to bring some kind of consequences for Macron, but they don’t seem to contain the prospect of his resignation: not yet, at least.