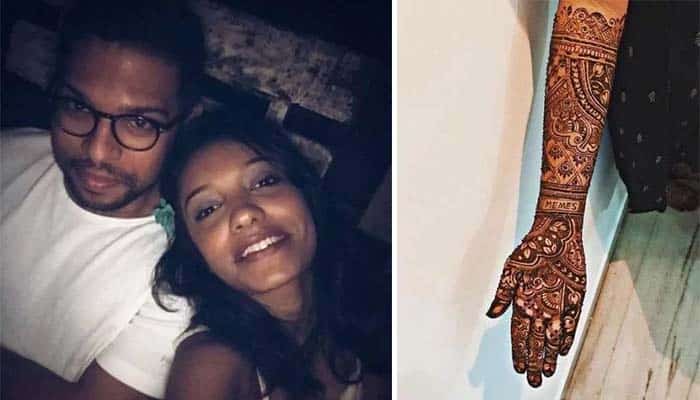 We’ve yet to meet a millennial who doesn’t enjoy a good meme, but this is a new level of dedication to internet humor.

A bride from India decided to go against established pratice on her wedding day, swapping her husband’s name for the word “memes” in her mehndi.

In South Asian culture, it’s common for brides to include the name of their husband-to-be in their henna pattern. But rather than sticking to tradition, Dipti Mangottil decided to honor how she and fiance Praveen met.

The couple, from Chennai, India, fell in love over a mutual passion for pop culture, and got to know each other after a mutual friend kept tagging them in the same memes on Facebook.

So, in place of her sweetheart’s name, Dipti opted to have “memes” inked on her wrist instead. But if you thought that was hilarious, guess what Dipti has written on her other arm?

BACON. Which it turns out, is the pair’s other passion.

Speaking to the Metro, Dipti said: “As tradition goes, the bride is supposed to get her husband’s name written on her hands in henna. But I wanted something special which could be mine and Praveen’s secret.

“So I asked the henna artist to put memes and bacon (the two things that are essential in our relationship).

“Praveen was over the moon and giggling away to glory when he saw what I did for him.

“A few friends saw it on my Insta story and were blown away and super amused, and it suddenly my wedding went viral. It’s crazy how such a simple idea struck a chord with so many people!”

It looks like bacon and memes are almost universally adored.