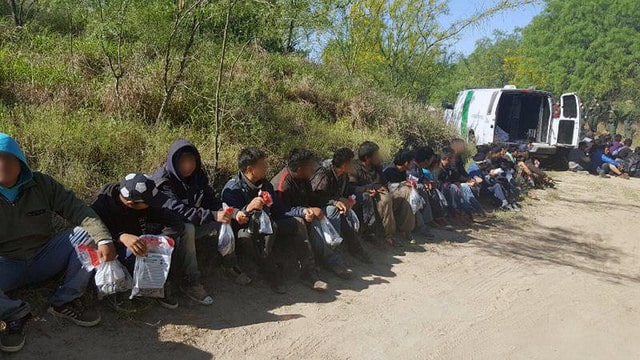 Anyone who knows Trump knows how much he loves children. Apart from the comfort he naturally feels at being surrounded by humans of similar intellect, Trump most vehemently enjoys the company of people that he can feel superior to. And if there’s anyone Trump is guaranteed to feel superior to, it is certainly a child. Small, uneducated, gullible, loyal: these are the qualities that Trump most admires, and can be seen in all of his toadies. Just think of one of his many, many jailed advisors and you’ll find that the description fits them quite nicely.

That’s why it makes such particular sense that Trump would order his border guards to start tear-gassing children in Mexico. As families of migrants near the border, threatening in their threadbare clothes and hang-dog exhaustion, the border guards naturally feared for the life and the safety of those around them. Those children could be carrying rocks or strong language! So of course, they opened fire with a tear gas canister. That’s the kind of thing you’re allowed to do to civilians when you’re an employee of a superpower. And boy, did the border patrols take advantage of that position to harry the hell out of some families. With the threat they represented to so palpably clear, the guards should be congratulated for not employing lethal force. Our borders must be protected from eight-year-olds, of course. They are the most vicious kind of parasite, the kind who demands love and affection, and we just can’t have any of that infecting our society, now can we?

The whole affair smacks of the Japanese internment camps in the 40s. Under the threat of invasion from Japan, the U.S. government decided the best course of action was to round up all the Japanese residents of the country and throw them in makeshift jails. You could get out of the process if you signed an affidavit swearing you renounce your loyalty to the Emperor of Japan, but considering many of these people were born in the United States, they didn’t have any allegiance to the Emperor of Japan. And to sign the document was to admit that you did, which was neither smart of appealing to most Japanese residents. Some folks also claimed Chinese ancestry to try and get out of the ordeal, which was a hit-or-miss strategy. So these blameless Japanese, committing the sin of having the wrong heritage, filled up the camps and, in general, behaved like model prisoners.

#US border guards shooting several rounds of tear gas into #Mexico to disperse migrants massed at the border in #Tijuana. Many women and children around… «I fainted, » one woman told me. pic.twitter.com/HZ6RsiNBLM

The more astonishing thing is that people just kind of went along with it. Americans believed that it was necessary and probably saw the Japanese as below them. They were absolutely dehumanized, both in the popular press and propaganda being pumped out by the United States. Even young children were imprisoned as if a 10-year-old boy could pose a threat.

It was a time when the nation’s actions were inseparable from the people of the nation: if the Japanese emperor went to war, so would all the citizens of Japan. So the fear and hatred of the enemy metastasized and spread to any American citizens that even appeared Japanese. It was also the peak of United States racism in the 20th century.

Around the middle of the century, we were still dealing with Jim Crow and unjust treatment of Black Americans all around the country, but especially in the South. The Japanese enjoyed no protection from a similar lash and were painted with the brush of “foreigners”: thieving, dishonest, not to be trusted. Nevermind that the immigrants to a country often prove to be the most devoted, loyal citizens, so grateful they are for their new life and new opportunities, free from whatever hardship drove them from their home country.

Our situation today is not so different. Trump’s base cheers for locking up immigrants, who they view as somehow less human than they are, either consciously or subconsciously. The new policy of arresting everyone crossing the border has led to a massive increase in the number of children that are being locked up and then, perversely, forced to stand trial. Girls as young as two years old are put on trial, totally incapable of understanding what is happening around them. Nevermind that many of these people are claiming asylum, and the only way to do that is to arrive in the United States at a port of entry. So you have at least some fraction of these migrants—perhaps even a large fraction of them—who are doing exactly what they’re supposed to do under the United States’ own laws and being punished for their skin color nevertheless.

Now, we see Trump’s team is more than willing to dole out the punishment to people that aren’t even in the country yet. Firing tear gas into Mexico unprovoked is typically the type of thing that kicks of hostilities, not something you do because you don’t like the skin color of all those people. And furthermore, it was stupid: all it did was make the migrants look more sympathetic and paint Trump’s occupation of the border as inhumane and unjust.

And like with the Japanese internment, it just happens, and not much is done to stop it. So we stumble on, Trump sticking his foot in his mouth every time he speaks, proposing insane policies off the cuff and shouting at the press corps. He’s a man who does not understand the value of communication, and he’s shockingly bad at it anyway. If you want to find someone dumber in a position of power, it might take a while. Maybe we’ll be lucky enough to see impeachment proceedings once the Democratic House is sworn in, but it remains to be seen if Mueller can dig up enough dirt to successfully bury Trump.

The Blood Test, The Swab Test, and The Saliva Test      Essentially, there are three general types of COVID-19 testing produced so far. One is the rapid test, the second is the saliva test and the other is the swab test. The rapid test (also known as the anti-body test) uses blood samples. The swab test… END_OF_DOCUMENT_TOKEN_TO_BE_REPLACED

The COVID-19 pandemic is one of the biggest modern pandemics known in history. Currently, there are more than five million confirmed cases in the world, with a total of 333,000 deaths. A total of 1.6 million of these confirmed cases are in the US alone. The world is currently in a race of finding a… END_OF_DOCUMENT_TOKEN_TO_BE_REPLACED

Despite concrete data and research, people’s opinions will always be diverse when it comes to a variety of topics including religion, politics, gender, and more. Denial is a common reaction to many important discussions and serious world events. The COVID-19 pandemic does not differ from any issues and is subject to opinions from critiques all… END_OF_DOCUMENT_TOKEN_TO_BE_REPLACED

Back in January, when the Wuhan, China coronavirus broke out, it didn’t make it to the front page of newspapers, in print or virtual form. Today, January feels like a lifetime away. Like it or not, people around the world have adapted to the new normal – staying at home, frequent hand washing, and social… END_OF_DOCUMENT_TOKEN_TO_BE_REPLACED

Since the beginning of the year 2020, the whole world has been stupefied by the rapid spread of a deadly coronavirus known as COVID-19. World superpowers in the West were unable to prevent the virus from reaching their borders. Because of this fact, the novel coronavirus COVID-19 became a world-wide pandemic no less than three… END_OF_DOCUMENT_TOKEN_TO_BE_REPLACED

For months since the start of 2020, the attention of the world has focused on immediate response efforts to contain and combat the novel coronavirus, also known as COVID-19. The deadly virus has pushed millions of people into isolation.  This kept people in their homes for weeks and months away from their work, their friends,… END_OF_DOCUMENT_TOKEN_TO_BE_REPLACED