Are NFL players dumber than a fifth grader? How about a 2nd grader? A group of 2nd graders from Elmwood Franklin School in Buffalo, New York, spent one of their school days last week trying to correct NFL tweets.

And boy, did they have their work cut out from them.

From Chris Culliver’s problem with verb usage to Wes Welker’s inability to spell a three letter word, the second grader’s used their red pens to correct the NFL tweets.

“Second graders are serious fans of football—and grammar! Elmwood Franklin School’s second grade students applied their lessons in proper sentence structure, noun and verb usage, spelling, and punctuation to correct the tweets of professional football players. The students partnered in groups and together found several mistakes in these tweets, including the incorrect spelling of “a lot.” 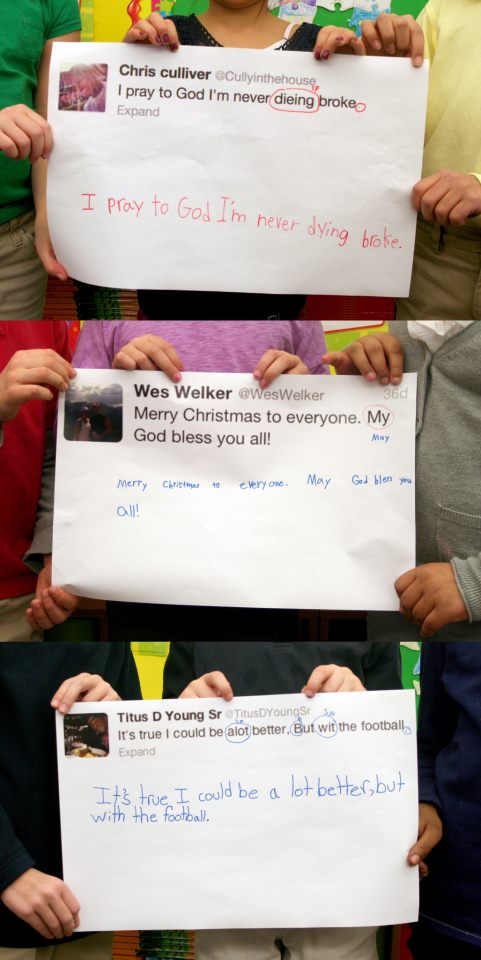 The school only shared a few photos but the second graders could probably fill the entire year with Twitter grammar lessons.