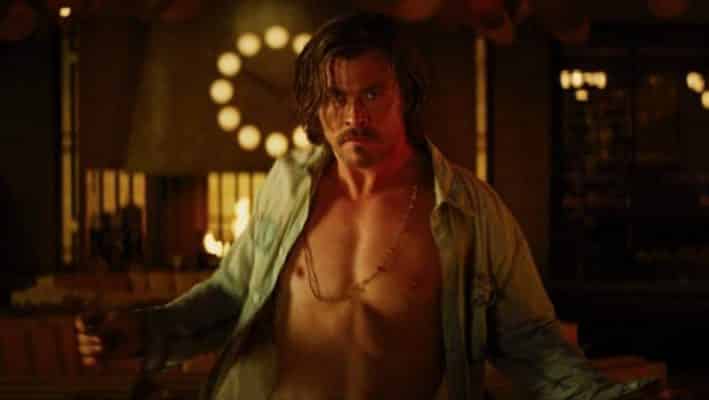 We all love us some Hollywood stars, right? Those dreamy wavy locks, shiny white teeth, and perfect symmetrical faces, even Greek gods were never that beautiful, no. For that matter, Norse gods are also no match for their Marvel (MCU) counterparts. We’re talking about Chris Hemsworth, a.k.a. “Thor,” a human being so obscenely beautiful, a woman was scammed for $15,000 in his name.

There’s probably no straight (or even homo) woman on Earth who wouldn’t relish the chance of meeting with Thor. A woman from Irkutsk, Siberia was no exception, so when a man who claims to be Hemsworth messaged her online with “You’re so pretty, can we chat?” You can bet she fell for it.

The two remained in contact for two months, until “Chris Hemsworth (not)” proposed to meet with her in Siberia.

For that to happen, however, “Chris Hemsworth’s lawyer” had to step in and ask for financial aid because the actor is apparently facing “financial difficulties.” The Siberian woman, being a mother of two in a sour marriage, probably wanted Thor’s hammer so bad.

Afterward, anyone who has ever been ghosted by a potential date online probably knew what happened next: “Chris Hemsworth’s” online account suddenly disappeared and he also stopped communicating with the lonely woman. That only meant that it was probably “Loki” who was communicating with her instead of Thor, hence the mischief. She never got her $15,000 back.

Nevertheless, the police are currently investigating the incident to bring justice to the woman who got Loki’d. Still, the damage has been done and now her heart is more shattered than Mjolnir.

The moment he was inaugurated, immediate changes made by Biden made headlines across the country. These are many of the controversial issues and topics that were shunned and ridiculed by the former administration. Americans can finally breathe a sigh of relief that these concerns have finally reached government policies. It seems clear that Biden has been… END_OF_DOCUMENT_TOKEN_TO_BE_REPLACED

Presidential pardons are one and many in the history of the US. There are many times when US Presidents granted reprieves for their citizen’s misdeeds. The US President may grant a pardon for any individual, including himself, for any crimes done against the country and its citizens. This issue of Presidential pardons has been trending… END_OF_DOCUMENT_TOKEN_TO_BE_REPLACED