President Trump Nears Personal Goal of Being the Herbert Hoover...

If you recall much of your high school history class, President Herbert Hoover may tickle your memory slightly. He is often decried as one of the worse presidents. He took office on the precipice of the Great Depression and proceeded to do almost nothing useful. While it’s debated how much Hoover could have lessened the severity of the Great Depression, there is absolutely no doubt that sitting there with his thumb up his ass was not the right move. And yet, that’s exactly what Hoover did.  Well, almost exactly. He did actually manage to institute some small changes, starting a meager jobs program and inaugurating some public works projects.

President Hoover also famously signed the Smoot-Hawley Tariff Act, which almost immediately pulled the rug out from under international trade. Yes, international trade hovered above the giant hole that had suddenly appeared beneath its feet, floating for a moment like Wile E. Coyote to give the audience a tragic look before plunging down to the sound of a plaintive slide whistle. He also ordered the army to shoot at a bunch of peacefully-demonstrating veterans who only wanted their promised pay.

As you can see, he hardly had a firm sense of what the right move would be, and the United States desperately needed a strong leader. It made the contrast with Democrat darling Franklin D. Roosevelt, perhaps the dopest president. He was absolutely down with spending all the money he could get his hands on for the sake of the common man, and good lord, did he take to it with a fervor.

As a long-term admirer of just how incredibly ineffectual Hoover was as a president, Trump has been eagerly attempting to beat old double-H’s record on inaction in the face of a massive crisis. Yes, as the literal end of the world as we know it bears down on us, Trump has sought to do as little as possible to prepare for it. And since climate change is a hoax by the Chinese, he’s secure in the knowledge that he’s smarter than everyone who believes scientists and their own administration’s experts when they talk. Trump has his gut, and his gut tells him things that people just can’t know unless they are in fact Donald J Trump, Professional Self-Indulgence Machine. 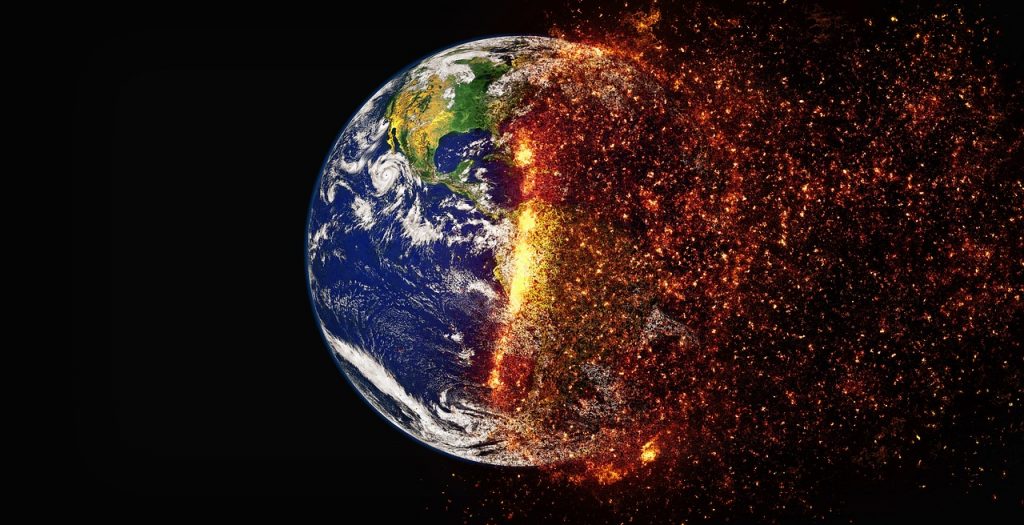 Since he has the best thoughts, the best brain, and the best words, Trump is surely up to the task of fighting climate change. It’s not like he would perhaps be too stupid to do anything about it. Surely he’s not concerned about how stupid he would sound if he tried to seriously approach climate change. It’s not as if it is an issue he literally can’t talk about with saying something that you might think a six-year-old would write in crayon in the margin of their school report in earth science class. It’s weapon’s grade idiocy, a level of stupid concentrated to levels of density we’ve never before achieved. Scientists are baffled, not that Trump really cares, because what do all those nerds know anyway.

So there must be a really excellent reason that Trump is doing nothing on climate change. Sure, the fate of the globe and the life and livelihood of all citizens who live near the ocean depends on his taking action now. But those dirty liberals didn’t vote for Trump, so what does he care! Just as with migrants at the border, if you ain’t with Trump, you’re in his crosshairs. If climate change was a person, you can bet Donald would be writing idiosyncratically capitalized Twitter boasts about how he could take climate change in a fight.

But climate change is not a person, which would be weird, and therefore Donald Trump has no idea how to solve the problem. He’s used to muscling people into submission, mostly by shaking their hand so hard they kind of trip into him, which is his signature dickhead move. You can’t aggressively shake the hand of global warming. And that’s why Trump is quickly becoming the Herbert Hoover of climate change. When New York City is building sea walls to literally keep out the ocean and Florida is completely submerged in 24/7 hurricanes, the crumbling remnants of a once mighty human society will shake their fists in impotent anger before returning to scavenging.