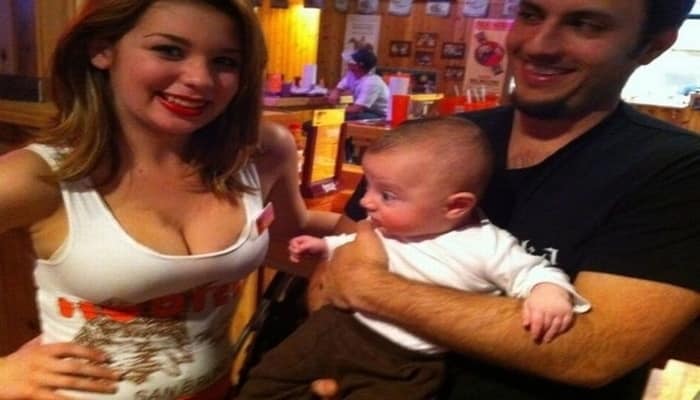 More than 5,000 mammalian species inhabit Earth, yet humans are the only life form with large-sized, permanent boobies. Why is that, though?

Was it an evolutionary mistake?

Every other mammal sprouts temporary breasts during nursing and ovulation. Their sole purpose is to produce milk, basically. So once the milk is used up, the breasts disappear. But this isn’t the case for female humans.

Human female breasts develop during puberty, not pregnancy. So at some juncture in our evolution, something shifted. How come?

Tim Caro, biologist, in 1987 explored 7 existing notions on this subject. One was that boobies permitted newborns to nurse from the hip, providing their mums more maneuverability to multitask. Though, it doesn’t breakdown why breasts remain after the nursing stage is complete.

The most popular theory, perhaps, was initially proposed by Charles Darwin and later examined in 1967 by zoologist Desmond Morris in his book, “The Naked Ape.” In it, Morris implicates that bosoms evolved as a sex symbol to supplant the bulging rear end of other female primates throughout ovulation. Once our ancestors began walking upright, the sexual organs were no longer as conspicuous to the eye. Thereby males had no apparent way of determining when a female was sexually mature, and breasts may have shaped as a result. This hypothesis would at least explain why females’ chests swell during puberty, yet it still can’t explain why they persist after menopause.

The biggest difference is that human breasts contain more fat than other female mammals. The breast tissue is filled out by same fat, giving shape to it.

With all of that said . . . jugs, have made their mark in human society and culture. They can make a lady feel desired, empowered, or liberated. And they’ve helped erect (no pun intended) entire empires, simply based on their attraction power.

So it appears, protruding human mammaries are here to stay.

The moment he was inaugurated, immediate changes made by Biden made headlines across the country. These are many of the controversial issues and topics that were shunned and ridiculed by the former administration. Americans can finally breathe a sigh of relief that these concerns have finally reached government policies. It seems clear that Biden has been… END_OF_DOCUMENT_TOKEN_TO_BE_REPLACED

Presidential pardons are one and many in the history of the US. There are many times when US Presidents granted reprieves for their citizen’s misdeeds. The US President may grant a pardon for any individual, including himself, for any crimes done against the country and its citizens. This issue of Presidential pardons has been trending… END_OF_DOCUMENT_TOKEN_TO_BE_REPLACED