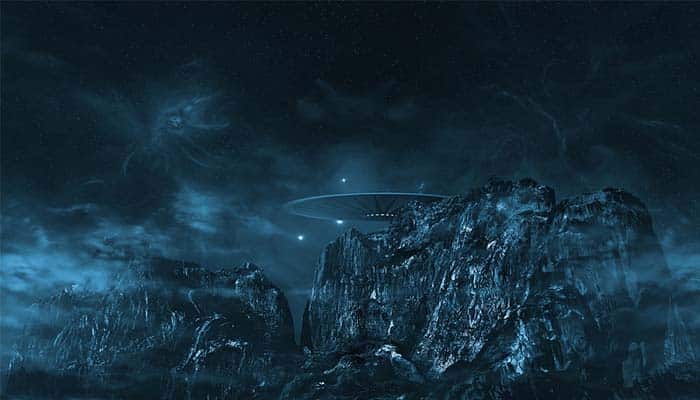 44 years since the Arecibo message was broadcast into space in hope of contacting extra-terrestials, we still have no proof that alien life exists.

Sure, there’s plenty of people who’ve claimed to have been abducted by UFOs, but if aliens are really out there, they’ve managed to elude most of us.

However, that may be about to change. In a recently published paper, a British scientist claims that we’re on the verge of finding alien life – a discovery that could be made within two decades.

Imperial College London’s Dr David L Clements said that “detecting signs of life elsewhere has been so technically challenging as to seem almost impossible,” that is, until now.

“However, new observational insights and other developments mean that signs of life elsewhere might realistically be uncovered in the next decade or two,” he explained.

In the paper, Dr Clements unpicked the Fermi Paradox, which is the inconsistency between the high probability that other life exists in the universe and our inability to find it.

In theory, a civilisation that has mastered space travel should be able to reach every star in the galaxy within 50 to 100 million years. Or as Dr Clements puts it: “Aliens should thus already be here, and yet they are not.”

“This can be used as an argument against the existence of intelligent extraterrestrials, but our own existence is proof that intelligent life can and does arise in the Galaxy.

“This is the central puzzle of the Fermi Paradox.”

In his study, Dr Clements also names locations where we could possibly find aliens, such as in the oceans hidden beneath the icy surface of moons or planets.

In our solar system, the top contender for alien life is Europa, one of Jupiter’s moons, which is believed to have a giant body of water concealed by its frozen crust.

“We are left with the rather chilling prospect that the galaxy may be filled with life, but that any intelligence within it is locked away beneath impenetrable ice barriers, unable to communicate with, or even comprehend the existence of, the universe outside,’ Dr Clements writes.

“We know that species that live in water can evolve to a high level of intelligence – dolphins and octopuses are good examples.

“However, a liquid environment may be a limiting factor in the development of technology.”