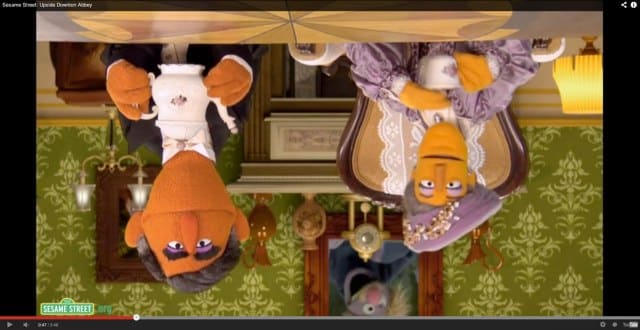 When we think about Downton Abbey the first thought that pops into our head isn’t Sesame Street. However, the team at the popular children’s show was recently thinking about the popular series and they decided to parody the TV show.

The full episode airs during the season 43 premiere on Feb. 4 on PBS.

While Sesame Street focuses most of its content towards children, the show has always had a flair for adding adult themes in an innocent way.

Here is the Sesame Street parody of Downton Abbey:

The new season of Sesame Street will be star-studded with the following cameo appearances:

Since posting to YouTube on February 1 the video has received more than 360,000 views.

What do you think of Sesame Street’s parody of Downton Abbey.