Ohio Will Only Permit Abortions for Non-Pregnant Women, So There

by Alex Fox 4 years ago3 years ago

Ohio has never been a fan of abortion. The state has a long history of opposing abortion laws, so that more babies no one wants may be born unto mothers uninterested in mothering them. That’s exactly what we need in this world, after all.

Now, Ohio is trying to ban abortions after six weeks of pregnancy, which is a sneakily ban abortion in a practical sense. Forget all heart-string-tugging billboards saying “I have a heartbeat” or distributing feel-good by factually wrong facts about pregnancy. In fact, forget the moral stance completely. Unwanted children in society are terrible for everyone, especially the children themselves. Why do we want more of that? Because Jesus said so, maybe? In a book that supports slavery and stoning for incorrect field plantings, Jesus had time to speak up about abortion, a practice largely impossible in his day? 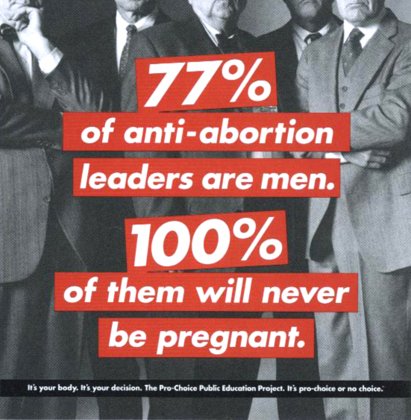 As usual, Republicans are heartbroken about the “lives” the tennis-ball-sized undifferentiated mass of cells that are removed from a woman’s body during an abortion. But once that baby is born, you can bet the Republican Party will be doing it’s best to take away any support for the child, from food stamps to WIC to welfare. But what do you care? If you don’t, you should.

Why is having abortion available so important?

The right to an abortion isn’t simply about the abstract concept of human rights, though that can be argued. There’s another thing, a far more practical and pressing thing, that abortions provide: the opportunity to choose if and when you become a mother. That is crucial to society. Women who have babies forced upon them are almost never happy with that situation. Let’s consider an example.

Have you ever seen someone who resents their child? I don’t mean a little undercurrent of frustration from time to time when the kid gets out of line. That’s natural. I mean people who are dripping with rage and disappointment, all of it externalized towards their child. Walk around a subway station in Philadelphia or a McDonalds in Baltimore, and you’ll see it quickly enough. There are a few trademark signs to look for: 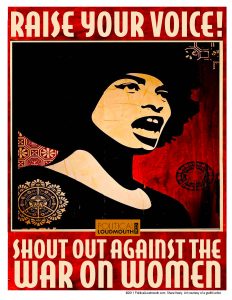 It only takes a couple of these examples, invariable as they are depressing, to see what happens when mothers end up with children they don’t want or can’t handle. The problem is, society creates perverse incentives for women to have children, whether or not they can successfully parent them.

Why does this happen?

There’s more than one reason, and it’s a complicated socioeconomic problem involving invisible society, moral, and family pressures as well as economic incentives. The welfare system, for example, pays out dramatically more for single mothers. So, if a woman on or eligible for welfare gets pregnant, the welfare system will encourage her to keep the child. And as soon as the child is born, the check will come, but nothing else. Often, these mothers, totally unprepared for child rearing by their own education, their own parents, and society, abuse their children for forcing responsibility on them before they wanted it. That’s how you end up with whole communities of young men who are spitting mad at everyone around them. You would be too if you were raised by a woman who treated you like a walking frustration for your entire life and couldn’t even be bothered to hide it from you.

That is what a world without abortion ensures. While the women in the previous example often choose to have children despite the availability of abortions, that’s often because the welfare system provides perverse incentives. Women who get pregnant in rural areas, Ohio, or the Bible Belt have far fewer options. They’ll be forced to have the child whether or not they want or can afford them. With Ohio’s new bill that bans pregnancy after six weeks, abortion will be effectively outlawed. Very few women know they are pregnant at six weeks, and it’s often hard to even tell for a few weeks after conception.

By the time they realize they are pregnant late in the first trimester, it’s too late to do anything. Abortions are banned and pills like Plan B are long past the point of being helpful. So desperate women take desperate measures, either getting illegal abortions from partially-trained streetcorner operations or trying self-abortions with herbal remedies or physical force. It’s a grim reality, and many more women may find themselves stuck in it, thanks to what a bunch of old men in Ohio think the Bible tells them to do.