Senator Mike Lee of Utah spoke before a collection of prominent national lawyers and judges, and he eagerly preached from his batshit pulpit about the impending civil war our country is apparently facing. See, as the herald of doom, he’s in charge of figuring that out. You can see the whole deal below, if you’re the type for painful displays of lunacy recorded on tape.

It’s a dramatic turn of phrase, sure, but I’m not the one who started using it. Mike Lee insists that The Violent Left will start a civil war unless he gets his way. You know, how the left is such a historically well-armed group of people, and readily violent as well. It’s not as if the caricature of a leftist involves works like “bleeding heart,” and mockery over wanting everyone to be treated fairly. That really sounds like a group of people ready to start staring down iron-sights at their countrymen if they get sufficiently teed off.

The logic is inscrutable, in the way of tossers and nutjobs. He insists, with the inarguable logic of the lunatic fringe, that, unless a whole bunch of legal changes takes place, “the left” will start a civil war. Course, the legal changes he’s suggesting don’t seem to make a ton of sense. For example, one of the apparent sticking points is the federal highway system. Mike Lee wants to see that abandoned, which will apparently placate the civil-war prone leftists that he’s so worried about. His further list of injurious federal programs includes a grip of other things that the left is generally quite a big fan of, like federally-funded K-12 education, labor laws, and housing policy. It’s the kind of thing that makes you scrunch up your face and say, “Really? Tell me more, Mr. Lunatic Lee!” Just to see what happens next, you know.

It would really make massively more sense if Lee was instead trying to gin up his fellow conservative gasbags into armed revolt against the federal government. That’s the kind of thing that the real true-blue crazies on the right talk about on their fever-dream racism boards. Of course, that’s also literally treasonous, especially for a U.S. SENATOR. And this guy isn’t even in the House, the government body best-known for keeping the highest-quality lunatics the Republican Party can scrape up busy for a couple of years. The Senate, on the other hand, prides itself on being a staid and serious body, where Real Men can speak as men do.

How does this kind of thing keep happening?

Utah is known for bringing a fair bit of insanity, and it often comes with the signature of Mike Lee under it. He’s got a history of being a transparently insane person, which hasn’t stopped him from being elected in the past. That seems to be mostly the fault of some excellent gerrymandering on the part of the Republican Party, however: 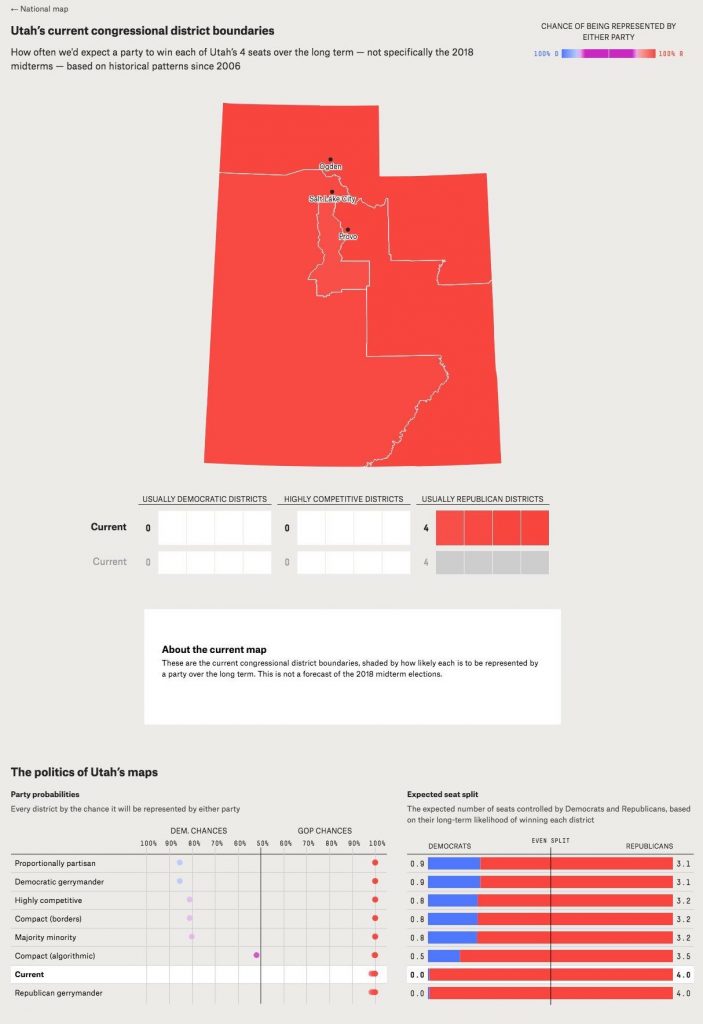 The citizens of Utah actually just passed a bill to try and solve this problem. After the 2020 census, a board of independent advisers will redraw the district lines, instead of the political party currently in power. Hopefully, this will lead to a Utah that can’t support someone so obviously unfit for office as Mike Lee.