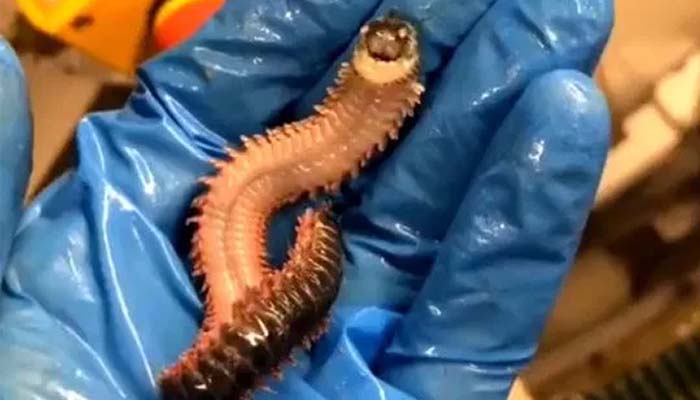 Warning, graphic images of a creepy crawly thing ahead!

A Russian fisherman has triggered shocked faces on social media after sharing a video of a freaky-looking sea worm.

Roman Fedortsov, who regularly shares images and videos of his discoveries from the deep with Twitter, added a fake scream to the clip to make it even more horrifying.

“If this creature could scream, it would scream like this …”

But despite looking like something from science fiction, the “monster” Fedortsov pulled from the depths is actually pretty common.

Called a marine bristle worm, in the clip the creature can be seen wriggling its body violently and retracting its head. *Shudders*

There are 10,000 kinds of bristle worm living all across the ocean, but they also pop up in saltwater aquariums. And although they seem like the stuff of nightmares, they aren’t that bad. Still, they can bite or sting when handled, so it’s advised that you wear gloves if you insist on playing with them.

At least they’re not raining from the sky…