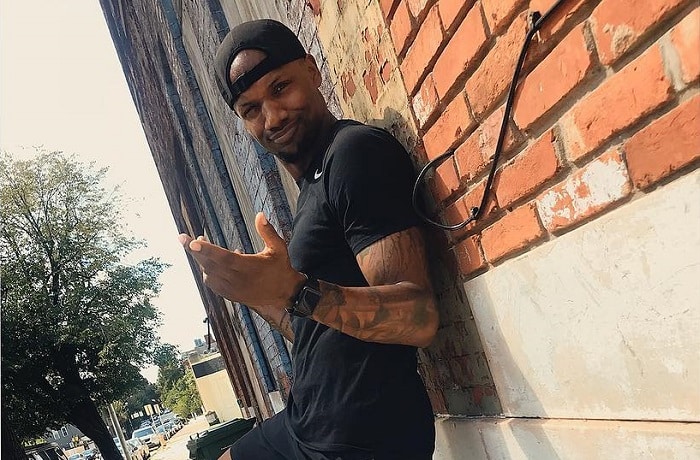 Jokes can easily turn into offensive things especially when blurted out by the wrong person. Those who interact with people of different racial backgrounds will know that there is a thin line between a joke and offensive stereotypes. Sadly, a lot of people do not know that, hence things can get notorious like what happened to an aspiring comedian who joked about eating cats to random Chinese people.

Anthony Williams, also known in Instagram as “Cool Ant” wants to be a comedian. Unfortunately, he might have watched one too many Family Guy racial stereotype jokes and thought that cartoon humor translates well to real life. So he went around the Chinese community to ask Chinese restaurant owners if they served fried cats and joked about eating cats in general:

The owner seems to know that Williams was up to no good and pointed him away. However, the comedian did not stop at one restaurant, he also went to the restaurant next door to pester the owner with the same question, apparently still thinking that it was a funny joke:

Williams also may have instigated some sort of business feud between the two restaurant owners. Notice how the second restaurant owner thought that she was being slandered by the other restaurant and even wanted to call the police on them. To that, Williams even replied that “Yeah, you might want to do that,” seemingly unaware of the trouble he caused.

The internet was quick to criticize Williams and his Instagram videos were taken down swiftly. Apparently, Williams also worked for an urban lifestyle retailer named DLTR and his employer even had to apologize for his actions:

“We in no way support racism of any kind. We believe in the power of community and exercise practices grounded in compassion and giving back.” – DTLR pic.twitter.com/KFJBKFIKez

Of course, it was only then that some sense was knocked into Williams and he also issued an online apology:

Next time, maybe just go with the usual self-deprecating jokes.

The Blood Test, The Swab Test, and The Saliva Test      Essentially, there are three general types of COVID-19 testing produced so far. One is the rapid test, the second is the saliva test and the other is the swab test. The rapid test (also known as the anti-body test) uses blood samples. The swab test… END_OF_DOCUMENT_TOKEN_TO_BE_REPLACED

The COVID-19 pandemic is one of the biggest modern pandemics known in history. Currently, there are more than five million confirmed cases in the world, with a total of 333,000 deaths. A total of 1.6 million of these confirmed cases are in the US alone. The world is currently in a race of finding a… END_OF_DOCUMENT_TOKEN_TO_BE_REPLACED

Despite concrete data and research, people’s opinions will always be diverse when it comes to a variety of topics including religion, politics, gender, and more. Denial is a common reaction to many important discussions and serious world events. The COVID-19 pandemic does not differ from any issues and is subject to opinions from critiques all… END_OF_DOCUMENT_TOKEN_TO_BE_REPLACED

Back in January, when the Wuhan, China coronavirus broke out, it didn’t make it to the front page of newspapers, in print or virtual form. Today, January feels like a lifetime away. Like it or not, people around the world have adapted to the new normal – staying at home, frequent hand washing, and social… END_OF_DOCUMENT_TOKEN_TO_BE_REPLACED

Since the beginning of the year 2020, the whole world has been stupefied by the rapid spread of a deadly coronavirus known as COVID-19. World superpowers in the West were unable to prevent the virus from reaching their borders. Because of this fact, the novel coronavirus COVID-19 became a world-wide pandemic no less than three… END_OF_DOCUMENT_TOKEN_TO_BE_REPLACED

For months since the start of 2020, the attention of the world has focused on immediate response efforts to contain and combat the novel coronavirus, also known as COVID-19. The deadly virus has pushed millions of people into isolation.  This kept people in their homes for weeks and months away from their work, their friends,… END_OF_DOCUMENT_TOKEN_TO_BE_REPLACED