9 Things You Should Know About the Muslim Re-Education Camps...

After denying the existence of internment camps in China for far too long, they’ve now not only admitted to their existence, but they are calling them “re-education camps.” These holding centers are specifically for Uyghur people, which are a predominantly Muslim group of Turkish minorities living in Asia. These re-education camps were recently legalized in the country, and are being described as professional training centers designed to handle religious extremism. Sounds like bullshit, right? Here are some things you should know about the Muslim re-education camps in China.

1. The Number Of Imprisoned Uyghur People Is Unknown

There are contradicting reports in regards to how many Uyghur Muslims have actually been put into these re-education camps. A United Nations human rights panel estimates that at least one million people have been imprisoned in China, while a Hong-Kong based human rights group estimates the numbers are much higher between two and three million.

2. The Uyghur Don’t Receive A Trial Reports indicate that the Uyghur people are being rounded up from their villages and sent to these internment camps without a trial. Chinese Human Rights Defenders conducted interviews over the summer in order to get a better idea of what was happening, and one man who lived in the area for many years but isn’t of Uyghur descent said:

“Entire villages in Southern Xinjiang have been emptied of young and middle-aged people — all rounded up into re-education classes. Only the elderly and the very docile are left in the villages.”

Once they’ve been put in these camps, most of them have no idea how long they will be there. It ranges from just a few months to years.

While these detainment centers were hidden and functioning around the law for some time, a new law has been written to encourage the production of more. Intended to eliminate terrorism and religious extremism, now practically anyone can open one of these re-education camps in their county. The new law states:

“Officials at or above the county level may set up vocational education and training centers, and other re-education institutions and management departments, to carry out the educational transformation of those affected by extremism.”

4. Authorities Have Tried For A Decade To Change Uyghur People 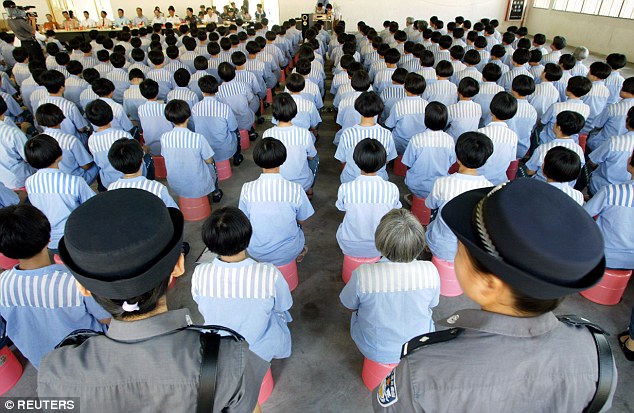 In an effort to reshape how the Uyghur people live, authorities have created events that were intended to steer them away from their Islamic traditions. They would organize ceremonies that would encourage them to join the Chinese Communist Party and even have them sign a document to pledge their loyalty. Before they had re-education camps, they held mandatory re-education classes where they forced the Uyghur people to dance, which is forbidden in many forms of Islam. Authorities then rated each person to determine what kind of risk they held. Things like their ethnicity and whether or not they prayed every day would help to determine their score, and they were ultimately labeled “safe,” “normal,” or “unsafe.”

5. There Is No Vocational Training In These Camps Chinese officials have been adamant about how their re-education camps provide vocational training for all detainees, however, those who made it through the program say they underwent no such thing. Instead, former prisoners reported that they were forced to learn Mandarin Chinese, study China’s communist party, and sing traditional patriotic songs. Others who were released mentioned that they were forced to study communist propaganda, watch videos about illegal religious activity and give thanks to Chinese President Xi Jinping.

6. Reports Of Torture Are Frequent 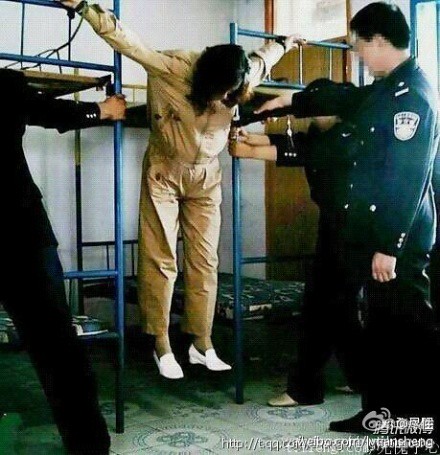 Aside from being brainwashed, many prisoners who were released reported incidents of torture. Here are just some of the cruelty Uyghur people are experiencing inside these re-education camps:

7. These Re-Education Camps Are Worse Than Prisons

When in prison, you expect to share a cell with a few people but you assume you’ll have your own bed. The Uyghur people are far from as fortunate as cells are packed with a few dozen others, all expected to share a single toilet and sink. On top of that, they share a single bed, a Kang bed-stove which is basically a large platform that resembles those new family-sized mattresses that could fit six or seven people comfortably. The prisoners receive three meals a day, but they’re little more than bread and some broth.

8. The Uyghur People Are Under Constant Surveillance 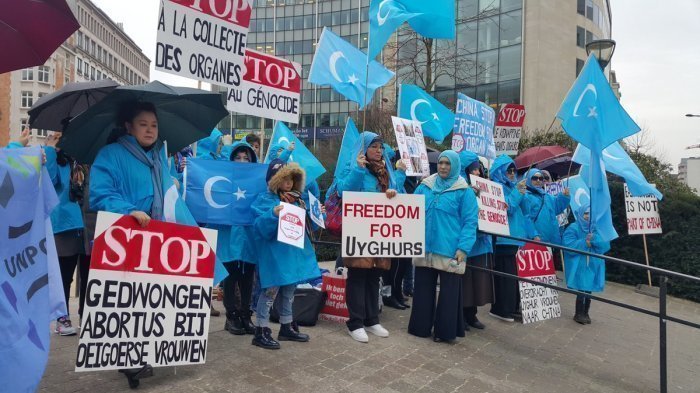 After an Uyghur person makes it out of a re-education camp, every move they make is traced. ID cards are given to everyone and are required to do pretty much anything like take a bus, a train, enter a mall, or any other public buildings. Each card contains a person’s records, including the criminal history of each Uyghur person who was in one of these camps. In China, simply being a Muslim Uyghur makes you a criminal and they’re denied access to these forms of transportation and facilities. Checkpoints are also set up between towns and passports are revoked to prevent the Uyghur people from traveling, making it impossible for them to escape. Facial recognition technology is also used to track their movement inside of the communities. Police regularly confiscate their cell phones, download their usage history, and review it for religious activity. A man was sentenced to seven years for sending the definition of Islam to his daughter that he found on the internet.

Perhaps as a way to keep any information surrounding their inhumane treatment of the Uyghur people from spreading, they are forbidden from contacting any relatives who live outside of the country. If it’s found out, they will be punished by becoming interrogated and ultimately put in a re-education camp. While those who reside outside of the country are able to reach out to their families, they tend not too as the consequences are far too risky.

Learn more about China’s “re-education” camps in this video: