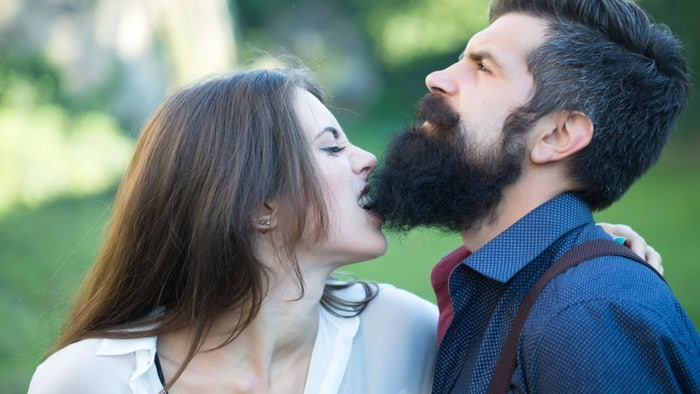 They say, “it’s a science behind everything.” Well, that includes beards.. too.

As you have noticed by now, probably – beards are trending.

Ask any guy who has ever bearded up, and they will inform you that life totally alters once you adopt and release your inner werewolf. You feel different. People (women, especially) look at you differently. As a whole, sprouting a beard has an impact upon one’s life that is borderline dramatic.

Why though? Why does emerging a little hair on your face markedly shift your life around so? Perhaps, due to the physical scientific effects covertly behind it.

When it comes to assessing trends in general, to the majority of people surveyed a nice, healthy beard makes a male appear more attractive; research shows.

The NY Times refers to a University of Queensland study, where 8,000+ heterosexual women were surveyed regarding men’s attractiveness.

Results diverged, naturally — with 5 o’clock shadows being seen as more ideal one-night stand propositions — whereas males with fuller beards were evaluated as better long-term partners. On average, though, the majority of surveyed females preferred men donning a little (or, a lot of) scruff.

For those that think or believe that beards are unsanitary bacteria traps – well, think again.

A published Journal of Hospital Infection study retrieved samples from 408 male hospital workers, both without beards and with. According to the Independent, it was discovered that clean-shaven faces were 3 times more likely to be ferrying MRSA — than hairy ones!

Why? Shaving forms micro-abrasions in the skin, and these tiny cuts make perfect bacterial breeding zones.

The study too found that beards may contain a form of bacteria-killing-bacteria which could possibly be formulated into formidable new antibiotics.

Gift-giving isn’t just a seasonal affair between friends, families and acquaintances. The art of gift-giving is also conducted on a national scale with countries often sending each other big, weird and expensive gifts. Experts in all things gifts, Vanilla Reindeer put together some examples of these expensive and odd gifts that have been shared between… END_OF_DOCUMENT_TOKEN_TO_BE_REPLACED

There are lots of ways you can make Pres. Trump feel welcome: you can offer him coffee, or mow a penis into a field for him to view as his plane lands. The willie in question has been chopped by Born Eco ahead of the arrival of President Trump, who visited the UK Monday for… END_OF_DOCUMENT_TOKEN_TO_BE_REPLACED

The year isn’t even halfway over, yet Donald Trump has managed to make a fool of himself and our country countless times. From inviting the national college football champions, the Clemson Tigers, all the way to the White House for some McDonald’s to his to the dreaded results of Mueller’s investigation, it has been one… END_OF_DOCUMENT_TOKEN_TO_BE_REPLACED

Republicans have always said that when they gained control in Congress, they would work to overturn Roe v. Wade and here they are, cashing in on that promise one state at a time. So far, Alabama, Arkansas, Georgia, Kentucky, Missouri, and Ohio have all passed incredibly restrictive laws on abortions, making it illegal for women… END_OF_DOCUMENT_TOKEN_TO_BE_REPLACED

If you’re on Snapchat, then you’ve probably played around with (and were likely horrified by) their filter gender swap filters. While you’re probably using these filters to send hilarious pics to your friends, some guys using them to create Tinder profiles. What likely started out as a joke has quickly evolved, and these guys are… END_OF_DOCUMENT_TOKEN_TO_BE_REPLACED

“Milkshaking” is a hilarious trend in Britain where a milkshake is thrown at and ideally lands on a far-right politician or activist. The point of this nonviolence protest is to humiliate them without causing injury. Physical injury at least. There’s no doubt that milkshaking has led to a few bruised egos. Not only is this… END_OF_DOCUMENT_TOKEN_TO_BE_REPLACED