Woman is Having Dead Husband Skinned So She Can Hang...

There’s people out there who’ll regret their dodgy tattoos for the rest of their life, but one man loved his ink so much, he wanted them to live on after his death.

A Canadian widow plans on having her dead husband skinned, so she can hang his body art on her wall, per her deceased love’s request.

When tattoo artist Chris Wenzel discovered that he was dying, he asked his wife Cheryl if his skin could be removed before the burial, so his beloved tattoos could be preserved.

The 41-year-old hoped that this way, his children and grandchildren could look upon his body art fondly after he was gone. 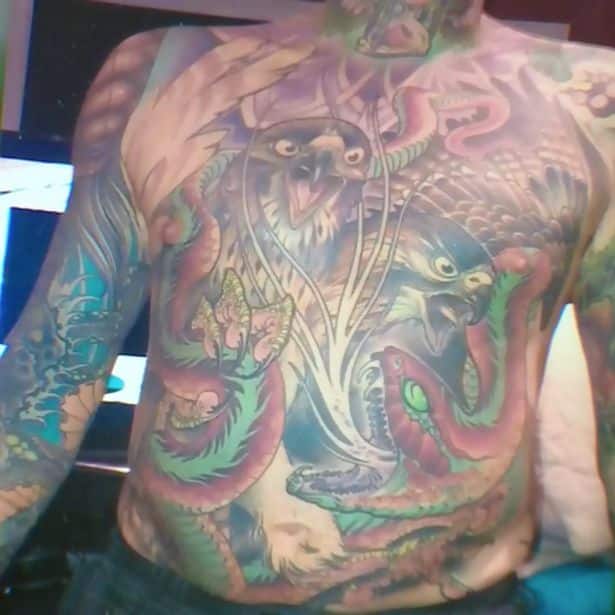 Cheryl, from Saskatoon, told The Globe and Mail: “I thought, that’s different, but yeah, that’s cool. I don’t care what it takes I’m going to get this done for him.

“You can hang a picture on a wall. A tattoo is something that has been done for hundreds of years. It’s just preserving it.”

Chris suffered from ulcerative colitis, a form of inflammatory bowel disease that also causes a fast or irregular heartbeat. He passed away in his sleep in October, shortly after complaining of chest pains.

Cheryl has since come across a family business in the US that specializes in preserving the tattoos of dead people. 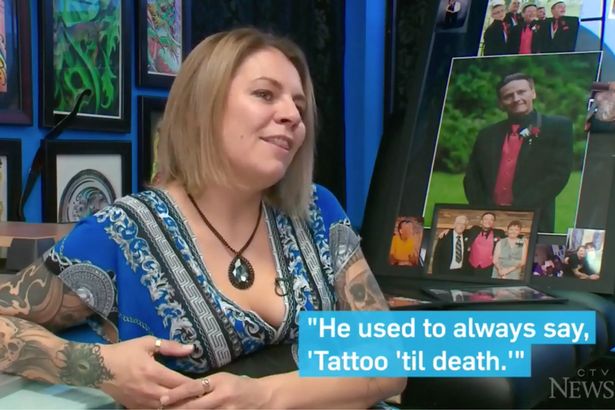 Speaking to CTV Saskatoon, Kyle Sherwood, who runs Save My Ink Forever along with his father, said: “Tattoos, you know, tell a story about a person.

“And for someone to get something tattooed on them that they’re displaying for life, you know, means something to them. You wouldn’t burn or bury a Picasso and that’s what some of these pieces are.”

The pair will spend roughly three months working on Chris’s body, and it will be the largest tattoo preservation ever conducted in North America.

During his life, Chris ran Electric Underground Tattoo, and was a respected tattoo artist throughout the city. Chris tattooed Cheryl himself, and when she eventually passes away she intends to have her body art removed and displayed alongside her husband.

Man Wanted To Look Like A Skull; Cuts Off Nose And Ears, And Tattoos Eyeballs To Achieve It