Birthright Citizenship Cartoons Are The Greatest Thing On The Internet...

As the world patiently waits to see how President Trump decides to move forward with eliminating birthright citizenship in the United States, they’ve found a number of ways to amuse themselves on the topic. This includes creating hilarious memes, SNL skits, and cartoons for the Sunday papers. If you haven’t heard, birthright citizenship cartoons are the greatest thing on the internet right now. Here are the best of the best:

The only group of people who wouldn’t be affected by getting rid of birthright citizenship are NativeAmericans. If Trump isn’t careful when he rewrites his proposal for the changes to this part of the Constitution, we might all end up getting the boot. As anyone who has stumbled on one of his tweets knows what a terrible writer the man is, let us all hope he has some assistance. A lot of assistance. 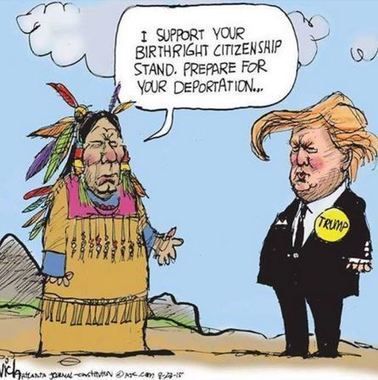 It’s kind of ironic how harsh Americans have always been on immigrants when most of us can’t trace our lineage back to this country. We crapped on the Irish when they came, then the Chinese, and now we’re all about hating on Muslims and Mexicans. What’s the point of learning our country’s history if we’re just going to repeat it? 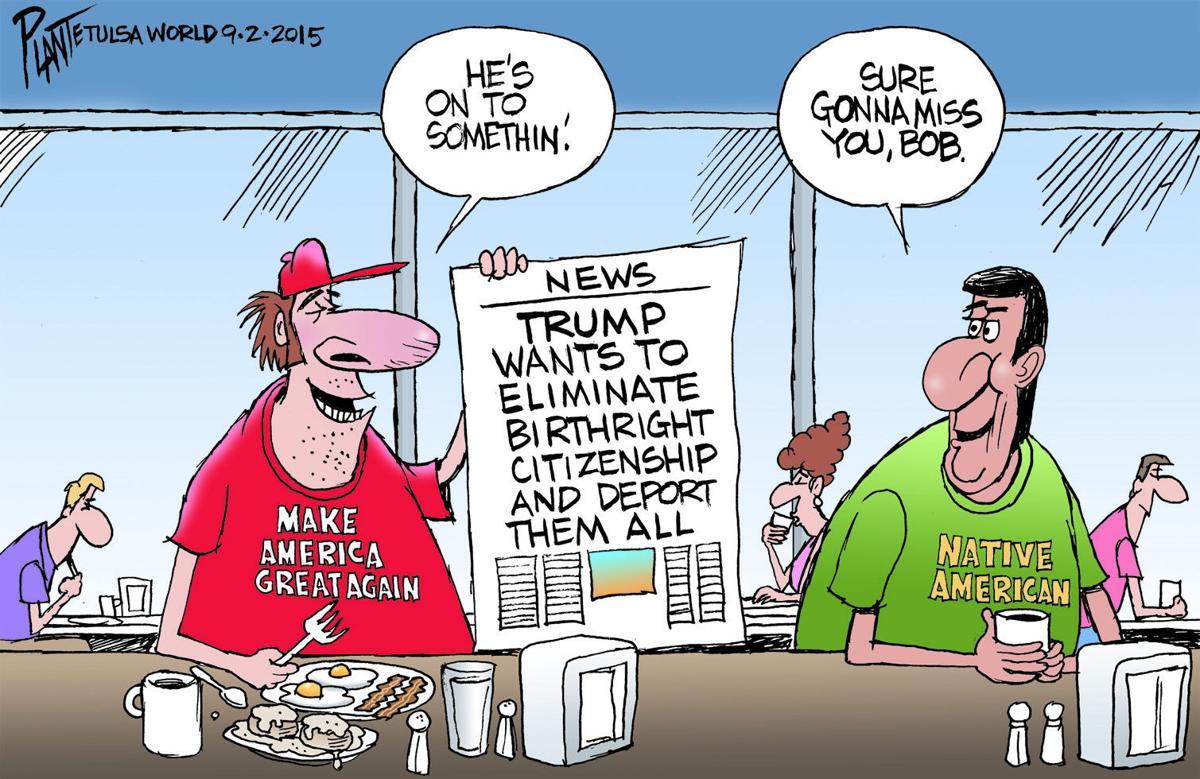 The best part about birthright citizenship being Trump’s current obsession is that his supporters don’t seem to understand why that’s so ironic. All they seem to see is how it would benefit their racist ideals. Meanwhile, Native Americans are waiting for Trump to screw this up so bad that they become the only legal citizens and the rest of us get deported.

Trump supporters seem to have put their fear of the migrant refugee caravan aside for the moment and are now terrified of anchor babies and their illegal parents coming to take over the country. The truth of the matter is that the laws aren’t so black and white. A pregnant illegal immigrant will receive some medical benefits and has a very small chance of being allowed to stay in the country for a year after the baby is born, but they’d have to have been living in the U.S. for over ten years.

While we all might think being an American citizen is the bee’s knees and is everyone’s life goal, that’s hardly the case. Especially these days. Trump’s supporters might think “anchor babies” immediately become citizens when they’re born, that’s not the case. It takes years for anything to become official, and their parents don’t exactly benefit from this until their child’s twenty-first birthday. This has got to be the slowest route to becoming an American citizen ever.

So, the big question is, what changes does Trump plan on trying to make to the Constitution? We might all be required to take DNA tests and have chips injected into our wrists that reveal our origins. Before we know it the news will be reporting that Irish and English blood can stay, but Mexican and Iraqi need to go. 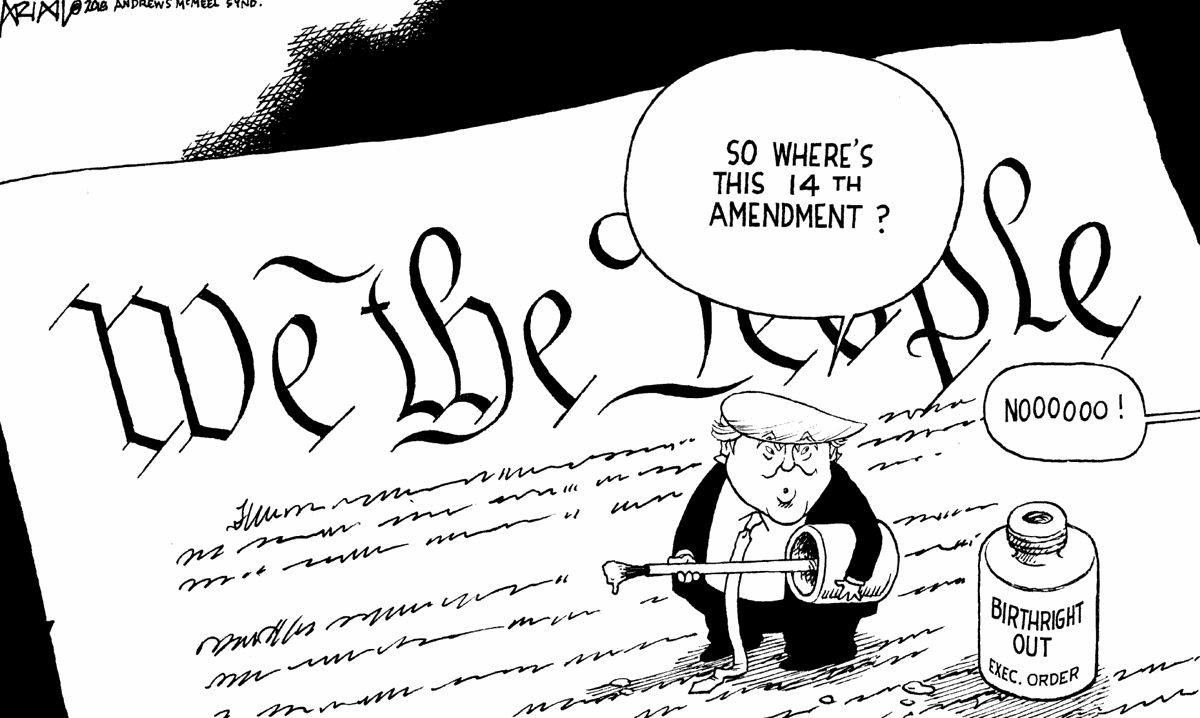 We all know that the Constitution needs to be updated, but anyone in the world aside from Trump would be more qualified. At least watching all of Trump’s pathetic attempts to come up with legitimate excuses for his racist efforts will continue to be entertaining.