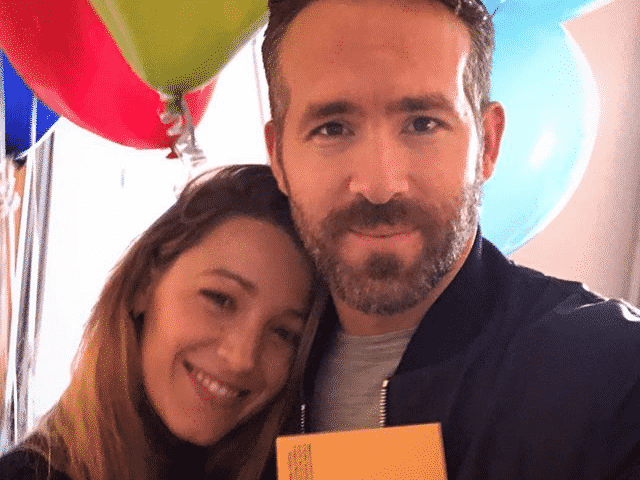 There’s no doubt that the 2018 midterms will go down in history as one of our country’s most record-breaking elections, and those who voted should be incredibly proud of the results. For the first time, a country that was built by immigrants has some diversity within its government, and big changes are on the horizon. Even some of today’s biggest celebrities made sure to visit their local polling station or mail out their absentee ballots. Check out these celeb “I Voted” selfies that showed the rest of us how it’s done.

I did it! Felt soooooo good. #Vote #whenweallvote #WeMatter

Kerry Washington shared this quirky sassy after placing her vote with the caption: “I did it! Felt soooooo good. #Vote #whenweallvote #WeMatter.” She went with a classic duckface and a pose that shows off her “I Voted” sticker. Simple and straight to the point, Washington did her selfie the right way.

Mandy Moore went more with a silly approach to her selfie, placing her “I Voted” sticker on her nose like a clown. Captioned with “I did it. Now it’s your turn. Tuesday 11/6. #VOTE” the This Is Us actress wore a powerful t-shirt. Do you think it was aimed at her followers who complain too much?

Is it just me or does Nick Jonas just get better looking with each passing day? He went with a traditional selfie during this recent election, wearing his “I Voted” sticker proudly on his shirt. Captioned with “I voted!” Jonas seems to have posted his photo right from his car after his vote!

Thank you 14th & 19th Amendment for letting me vote today! Comment or tag yourself if you feel the same!

The hilarious and beautiful Mindy Kaling made sure to give her thanks to specific sections of the constitution that allowed her to vote in this recent election in her selfie’s caption. It read, “Thank you 14th & 19th Amendment for letting me vote today! Comment or tag yourself if you feel the same!” Let me save you from having to Google either of those and give you a hint. The 14th Amendment refers to birthright citizenship, and the 19th Amendment gives every citizen the right to vote regardless of gender.

Couples who vote together, promote together! (Or something to that effect.) John Krasinski and Emily Blunt may not have made it to the polls earlier this month, but they were sure to send in their absentee ballots. With the constant travel so many celebs have to do for work, having to use this method to cast their vote is hardly uncommon.

John Krasinski and Emily Blunt aren’t the only celebrity couple to take their “I Voted” selfie together. Blake Lively and Ryan Reynolds did the same, also showing off their absentee ballots. It seems that the midterm elections also fell on Reynolds’ birthday as Lively’s caption read, “Happy Birthday to 2018’s Sexiest Voter Alive!”

I AM GOING TO ASK YOU IF YOU VOTED TODAY AND IF YOU ALREADY DID THEN ASK EVERYONE AROUND YOU IF THEY DID BECAUSE THERE IS NO EXCUSE, I HAVE RESORTED TO SHOUTING IN ALL CAPS SO PLEASE VOTE AND I WILL STOP THE CAPS

Constance Wu got creative with her “I Voted” selfie by writing a caption over the image. It read, “I AM GOING TO ASK YOU IF YOU VOTED TODAY AND IF YOU ALREADY DID THEN ASK EVERYONE AROUND YOU IF THEY DID BECAUSE THERE IS NO EXCUSE, I HAVE RESORTED TO SHOUTING IN ALL CAPS SO PLEASE VOTE AND I WILL STOP THE CAPS.” The Crazy Rich Asians actress asks her followers to hold their friends and family members accountable for their lame excuses not to vote in every single election.

The one and only Drew Barrymore shared her voting selfie this year with her “I Voted” sticker over her mouth. Perhaps this is meant to symbolize her decision to stay quiet when it comes to politics. However, she has shared some photos of the women of color who recently made history when they were elected to Congress. Political captions are definitely not her thing though.

It’s #TheLastWeekend to get out there and get involved! My absentee ballot’s in… make sure you GO VOTE on Tuesday!! Remember: NO voting booth selfies 😂 More info in bio.

Remember when Justin Timberlake got in trouble for taking a selfie in a voting booth? Well, he certainly learned his lesson! This time around he showed off his absentee ballot in a classic “I Voted” selfie captioned with, “It’s #TheLastWeekend to get out there and get involved! My absentee ballot’s in… make sure you GO VOTE on Tuesday!! Remember: NO voting booth selfies. 😂”

Republican ‘Devotee of Bigfoot Erotica’ Won a Seat in the Midterms