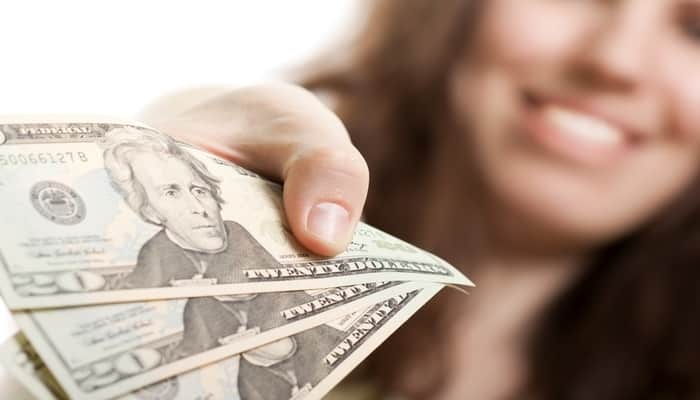 Do you think, money can buy love? Well – one lottery winner does, and is testing the theory by ponying up big doe.

Jane Park, is Britain’s youngest Euromillions winner, having won $1.3 million (£1 million) after buying her first lottery ticket six years ago when she was 17 years of age.

Even though she had a considerable influx of funds, she evidently still struggles with her love life. That being the primary reason why she is now offering to pay a man $78,000 (£60,000) a year just to date her!

Sources close to Park, now 23, say she will be launching a site so that males can apply for the job. It will consist of a process, beginning with an initial interview and it will be taped and implemented in a documentary next year.

Wishing a was on holiday rn😅 pic.twitter.com/VzxeFqAbAA

It appears as if this decision derives from the bad luck the lotto winner has had in reference to her love life. Seemingly, she has made the choice to be “willing to pay the right price for someone loyal”.

“Jane is amazing and has so much to give but she has found herself alone again as since she won, she’s had terrible luck,” a friend explains. “She’s never sure whether she is being loved for herself or for her bank balance. So she would rather have the arrangement out in the open. Jane has a tendency to be insecure sometimes and worries about people’s motives. She is willing to pay the right price for someone loyal. Loyalty is the most important thing to her – the money is a small price to pay.”

Even though it seems she ‘has it all’, it looks as if money has not brought Park happiness.

“I thought it would make it 10 times better but it’s made it 10 times worse,” Park said. “I wish I had no money most days. I say to myself, ‘My life would be so much easier if I hadn’t won’. People look at me and think, ‘I wish I had her lifestyle, I wish I had her money.’ But they don’t realize the extent of my stress. I have material things but apart from that my life is empty. What is my purpose in life?”

Okay now . . . the million dollar question (no pun intended) to the males out there is: are YOU going to apply for this ‘job?’

Presidential pardons are one and many in the history of the US. There are many times when US Presidents granted reprieves for their citizen’s misdeeds. The US President may grant a pardon for any individual, including himself, for any crimes done against the country and its citizens. This issue of Presidential pardons has been trending… END_OF_DOCUMENT_TOKEN_TO_BE_REPLACED

President Biden has tapped Rachel Levine to be his assistant secretary of health, making her the first publicly transgender federal official. In 2017, Democratic Gov. Tom Wolf appointed Levine to her current post, making her one of the few transgender persons serving in appointed or elected positions countrywide. Biden said in a statement: “Dr. Rachel… END_OF_DOCUMENT_TOKEN_TO_BE_REPLACED

The minimum wage hike has always been an issue in the US for the past decades. With only a few hours before Biden gets inaugurated as the President of the United States, people are excited for all his promises to take place. One of these is his plans to raise the minimum wage of workers… END_OF_DOCUMENT_TOKEN_TO_BE_REPLACED