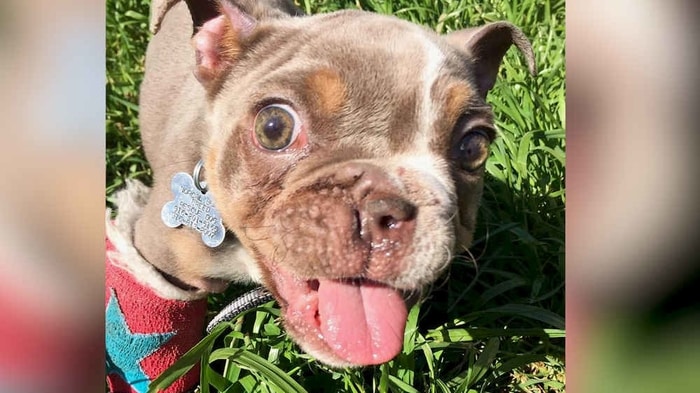 Bulldogs are loyal, attention-seizing and smart – and one in particular, apparently has a lot on his mind.

The bulldog breed is too known to be friendly, funny, reliable, and make for great pets because of their gentle natures.

They are excellent with children of all ages, fellow dogs and even cats; as well as people in general.

The bulldog in the above video, dubbed Quarrie Modo, was rescued by his master Nikki several years back. At the time, he was only the size of a Coca-Cola can — though, would NOT stop talking! He’s quickly growing up into what some might call a grander, slightly more objectionable bitty boss!

With a reputation today as a silly, pudgy, happy-go-lucky dog, the Bulldog was originally bred for baiting bulls and fighting.

This breed was valued high in the arena for its aggression, strong bite, doggedness, and ability to hold up under attack and escape mostly unaffected as a result of its loose, wrinkly skin. The Bulldog nowadays is a more meek pet, which has helped give them a long-lasting appeal.

Bulldogs are notoriously stubborn and aren’t necessarily known for their trainability. This means if you’re thinking of getting a Bulldog (as a pet), it will most likely have a tough time learning (and executing) commands, because whereas other breeds of dogs who were bred to need jobs and work to be happy, Bulldogs have no such desire, and won’t really give a hoot about acting on command just to please their master.