A Woman Claims She “Got Pregnant By Breastfeeding” and Twitter...

by Sophie Lloyd 4 years ago6 months ago

Previous guests that Jezza has tried to “help” (some would say exploit) in the past include a man who claims to have contracted an STD from a car exhaust, a couple who did the nasty in graveyard, and a guy who claimed that he could “smell sex.”

But considering all of the outrageous claims to come out of the show over the years, this one has got to at least make the top 10.

This week a young couple appeared on the show asking for a DNA test to be carried out on their son, as there was a disagreement regarding how the woman got pregnant.

25-year-old Barry bought his ex Gail, also 25, onto the talk show as he believed she’d put holes in their condoms, leading to her becoming pregnant with their second child. 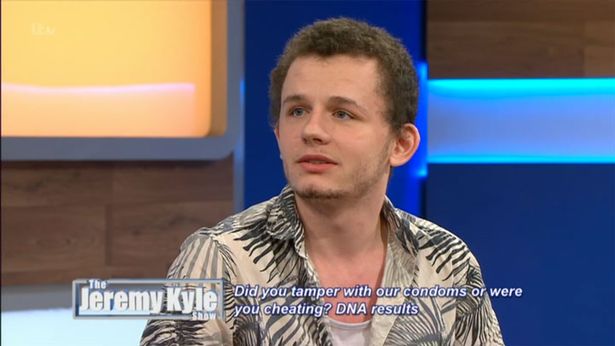 Barry was insistent that there was no other option, as he’d been “vigorous” about their use of contraception.

Unless of course, she’d cheated on him.

Barry said: “Then she got pregnant, which raised the question ‘how did you get pregnant?’ so I accused her of cheating and she said ‘no I didn’t cheat’. I said ‘what happened then’ and she turns to me and says ‘well I sabotaged the condom’.’

Stunned by this revelation, Jeremy struggled to get his words out, exclaiming: “Da- da- da- She said I sabotaged the- ?” 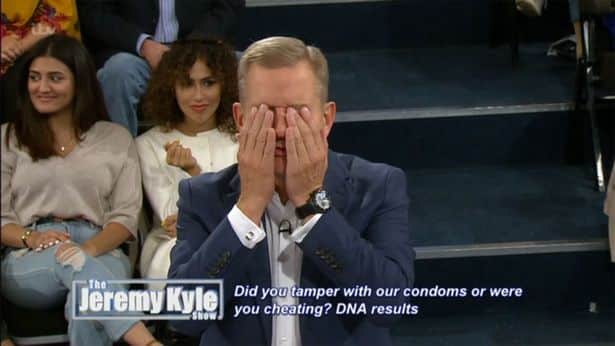 To which Barry replied, rather matter-of-a-factly, “condoms.”

Next, Jeremy called Gail on to the stage to get her side of the story. She denied all of the accusations against her, alleging that the reason for her surprise pregnancy was not condom tampering.

“I  did not sabotage anything. We got pregnant because I was breastfeeding,” she stated. 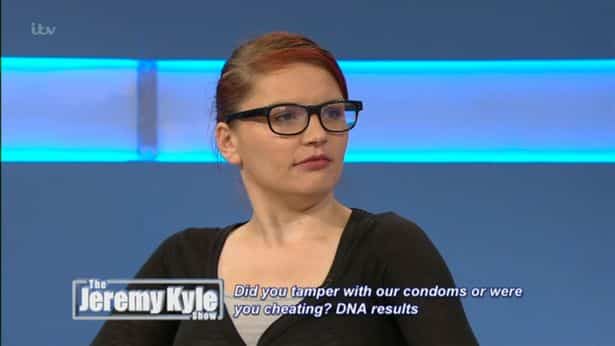 Understandably, the audience was confused. As were the viewers watching at home, who took to Twitter to share their astonishment.

DOES NOT AFFECT CONDOMS #JeremyKyle

Nevertheless, Gail was adamant breastfeeding could be the only reason for her pregnancy, and a DNA did prove that the child was Barry’s, so at least she hadn’t been cheating.

Although, in a twist, a further lie detector test did confirm that Barry has cheated on her.

Still, none of these revelations are as dark as this lot.