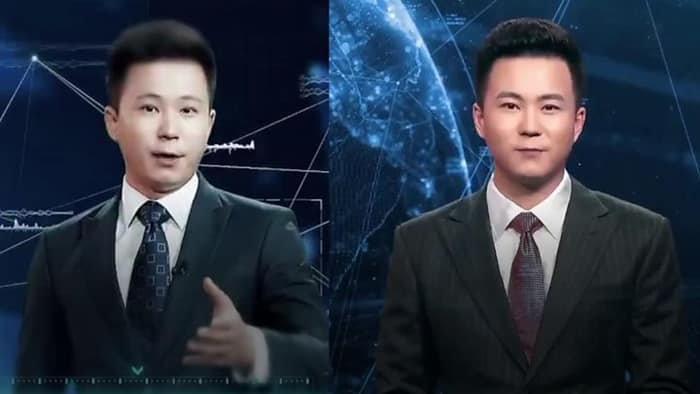 Really, it was only a matter of time (until somebody did it).

Above and below is a video demo of “an artificial intelligence virtual news anchor” formulated by the state-run Chinese news agency Xinhua to interpret the news.

The agency states that they’ve devised two of the anchors (one for English, one for Chinese), and, avowedly, they are very realistic. The synthesized voice however — they certainly need to remedy, quick fast. We have heard way more persuasive human-speak from Darth Vader, or someone wearing one of those Shredder voice-changing masks!

It is not exactly clear what technology has been utilized to create the anchors, though they are in seam with the most modern machine learning research.

It appears that Xinhua has employed video of human anchors as a base layer, and then animated parts of the face and mouth to transmute the speaker into a virtual puppet. By integrating this with a synthesized voice, Xinhua is able to program the digital anchors to recite the news, far faster than using traditional CGI.

Xinhua declares the anchors have “endless prospects” and can be used to inexpensively produce news reports for the agency’s web, TV, and mobile output. Each anchor has the ability to “work 24 hours a day on its official website and various social media platforms, reducing news production costs and improving efficiency,” Xinhua says.

A.I. Will Outsmart Humans Within 50 Years According to Top Academic