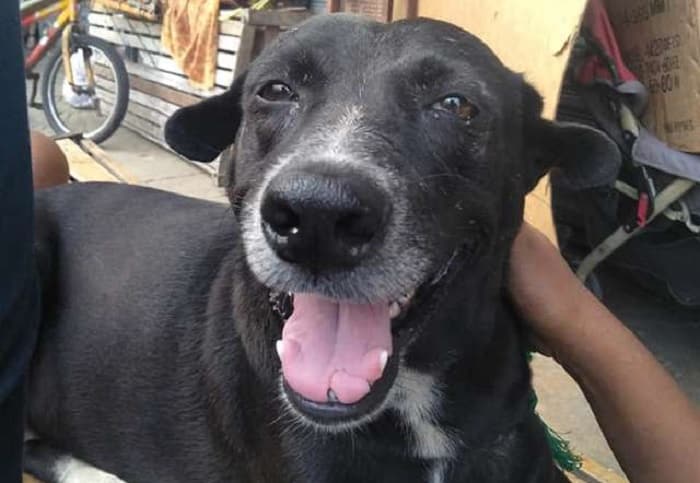 There is no doubt that dogs will do anything for their owners, after all, no other creature on Earth is more loyal. However, some dogs are simply more special than others and will use something else other than loyalty for their owner, like wits. Such an example exists in the Philippines where one dog became street smart and even commutes on a city bus.

During one warm day in Cebu City, Philippines, a dog named Vince was left alone in the house because his mother/owner went to work. However, Vince had something else in mind other than waiting for his owner to come home, he probably wanted to follow and surprise her. So Vince hopped into a Philippine passenger bus which is pretty much a jeep repurposed to be a small bus, called a jeepney.

Much to the surprise of all the human passengers and even the driver, Vince knew how to commute. He even sat on the passenger seats of the jeepney. All the passengers were left wondering what the dog was up to. One passenger even caught the whole thing on video because it was such a rare sight in any culture and city to find a dog that commutes alone:

“We thought it was the recent passenger’s dog. Still wondering about what’s happening, I asked the recent passenger if he was the owner and to add up to my amazement, he said no, he wasn’t,” said the person who filmed Vince. “We kept laughing while amazed and charmed by the dog and by the situation’s peculiarity. We were really fascinated by the sight.”

Suddenly, when the jeepney bus stopped in traffic, the jeepney passengers heard Vince’s owners from another vehicle “One of the kids in the multicab shouted, ‘Oh my! It’s Vince!’ Then another, ‘Mom! It’s Vince,’ pointing at the dog.” Turns out Vince kinda knew the route his owner takes when going to work, but really, he had no plan beyond that, it was by chance that he came upon his owners in the middle of traffic.

Of course, they had no choice but to take Vince with them. Needless to say, the good boy’s plan had worked. The owners also clarified that Vince did not undergo any training of some sort. He just loved his owners so much and wanted to follow them.

Fur’real, You Can Now Get Paid To Be A Professional Dog Cuddler

Presidential pardons are one and many in the history of the US. There are many times when US Presidents granted reprieves for their citizen’s misdeeds. The US President may grant a pardon for any individual, including himself, for any crimes done against the country and its citizens. This issue of Presidential pardons has been trending… END_OF_DOCUMENT_TOKEN_TO_BE_REPLACED

President Biden has tapped Rachel Levine to be his assistant secretary of health, making her the first publicly transgender federal official. In 2017, Democratic Gov. Tom Wolf appointed Levine to her current post, making her one of the few transgender persons serving in appointed or elected positions countrywide. Biden said in a statement: “Dr. Rachel… END_OF_DOCUMENT_TOKEN_TO_BE_REPLACED

The minimum wage hike has always been an issue in the US for the past decades. With only a few hours before Biden gets inaugurated as the President of the United States, people are excited for all his promises to take place. One of these is his plans to raise the minimum wage of workers… END_OF_DOCUMENT_TOKEN_TO_BE_REPLACED