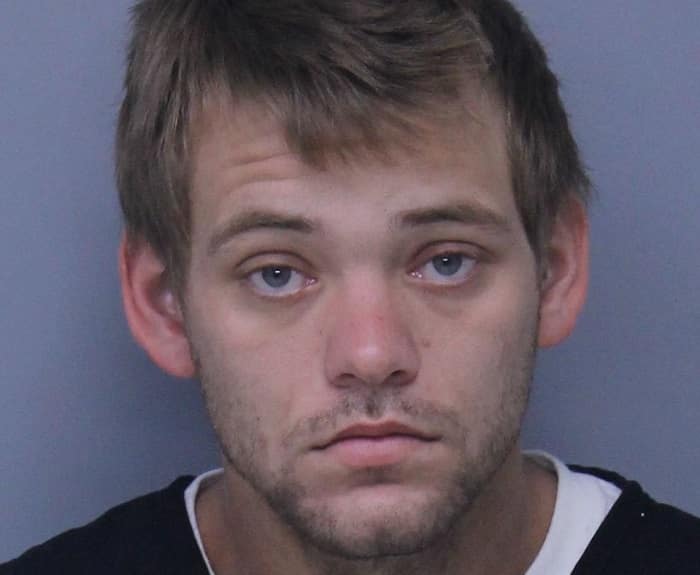 Well, what do you know, nature does have a way of bringing swift karma to humans who disregard its laws. Often, natural selection is what’s taking place where even the rule of survival of the fittest applies to people. In the case of one Florida man, it was survival of the brightest after he was attacked by crocodiles in a park while he was trespassing wearing crocs.

23-year-old Brandon Keith Hatfield from Florida, US, thought of a most brilliant idea: breaking into St. Augustine Alligator Farm Zoological Park during the after hours. So he did just that on Monday, November 5 for uhh… reasons. Oh, and he was also wearing crocs, a footwear so hideous, it became a meme. Basically, Brandon broke into a crocodile farm wearing crocs at night… certainly, nothing could go wrong there…

The morning after, the police received a call notifying them of a suspicious man wearing only boxers crawling on a Holly Lane residency lawn at around 6 a.m. The cops arrived promptly and identified Brandon who had blood all over him and had injuries on his foot. The poor brilliant young man was taken to Flagler Hospital for treatment shortly after.

The said zoological park then called the police too to inform them that someone trespassed into the area and jumped into a pool inhabited by three 12-foot Nile crocodiles, that man turned out to be Brandon where he was thrashed around by the crocs before he managed to escape. It was all caught on surveillance. The park officials then added to their report that one of the crocodile exhibits contained a single crocs shoe and torn clothing.

#TONIGHT: #FloridaMan Brandon Hatfield is in the hospital after being bitten by a crocodile. He jumped into a crocodile exhibit at the St. Augustine Alligator Farm. Police tell us he’s going to jail once he’s medically cleared.@ActionNewsJax @WOKVNews pic.twitter.com/wxxGhVC7LZ

Apart from swimming with crocodiles, Brandon also caused around $5,000 worth of property damage to statues and other exhibits around the park. Authorities suggested that Brandon might have been high. He was charged with burglary, criminal mischief, and violation of probation to be jailed again once he is well enough. No crocodiles were harmed. Too bad the same cannot be said for the crocs.

Gift-giving isn’t just a seasonal affair between friends, families and acquaintances. The art of gift-giving is also conducted on a national scale with countries often sending each other big, weird and expensive gifts. Experts in all things gifts, Vanilla Reindeer put together some examples of these expensive and odd gifts that have been shared between… END_OF_DOCUMENT_TOKEN_TO_BE_REPLACED

There are lots of ways you can make Pres. Trump feel welcome: you can offer him coffee, or mow a penis into a field for him to view as his plane lands. The willie in question has been chopped by Born Eco ahead of the arrival of President Trump, who visited the UK Monday for… END_OF_DOCUMENT_TOKEN_TO_BE_REPLACED

The year isn’t even halfway over, yet Donald Trump has managed to make a fool of himself and our country countless times. From inviting the national college football champions, the Clemson Tigers, all the way to the White House for some McDonald’s to his to the dreaded results of Mueller’s investigation, it has been one… END_OF_DOCUMENT_TOKEN_TO_BE_REPLACED

Republicans have always said that when they gained control in Congress, they would work to overturn Roe v. Wade and here they are, cashing in on that promise one state at a time. So far, Alabama, Arkansas, Georgia, Kentucky, Missouri, and Ohio have all passed incredibly restrictive laws on abortions, making it illegal for women… END_OF_DOCUMENT_TOKEN_TO_BE_REPLACED

If you’re on Snapchat, then you’ve probably played around with (and were likely horrified by) their filter gender swap filters. While you’re probably using these filters to send hilarious pics to your friends, some guys using them to create Tinder profiles. What likely started out as a joke has quickly evolved, and these guys are… END_OF_DOCUMENT_TOKEN_TO_BE_REPLACED

“Milkshaking” is a hilarious trend in Britain where a milkshake is thrown at and ideally lands on a far-right politician or activist. The point of this nonviolence protest is to humiliate them without causing injury. Physical injury at least. There’s no doubt that milkshaking has led to a few bruised egos. Not only is this… END_OF_DOCUMENT_TOKEN_TO_BE_REPLACED