“Sharing is Caring”: How Kindergarten Makes Your Kids Communist

You might not know this, but there’s a dirty communist threat lurking inside your children’s schools. From the first day of kindergarten—even preschool, in hippy-dippy liberal districts—their young minds are indoctrinated with communists dogma. They’re taught to “share” with one another, which is just another name for Lenin coming to your house and taking your car with an AK-47.

Just look at the Communist Manifesto: it’s right there, in black and white. Marx doesn’t even hide it behind his beard. Chairman Mao said just the same thing: “The change-over from individual to socialist, collective ownership in agriculture and handicrafts and from capitalist to socialist ownership in private industry and commerce is bound to bring about a tremendous liberation of the productive forces.” And I’m sure Stalin would have said the same, somewhere between casually murdering rivals, mocking his son for failing to kill himself properly, and posing for paintings with rooms full of cherubic communist youngsters, all of whom were thrilled because they received two potatoes that day instead of the typical single serving.

Just as you’ve always suspected, the enforced “sharing” in kindergartens and pre-schools around the country is just another avenue for the cultural Marxist nongendered homosexual anarchists to convince your children to hate God, disobey their parents, and trust vaccines. Some even come to believe science and trust intellectuals!

Serious students by real scientists (God-fearing scientists, obviously, not those treasonous atheistic quacks) have shown that children indoctrinated in this way have willingly given their toys to other children who did not have their own toys! When asked why they would do such an abominably European thing, they all uttered the same chilling phrase: “Sharing is caring.” Did you just now gasp, gentle reader? Can you believe the craven class warfare dripping off those words? Monstrous.

True American Thought teaches that, if children don’t have their own toys, it’s because they haven’t lifted themselves up by their velcro bootstraps. They’re just lazy, indigent “intellectuals” with worthless BFAs in “Playtime Studies” and MFAs in “Underwater Sandbox Construction,” too good for an honest day’s work.

No Republican with a sterling MBA would ever fall into such a trap! Poverty, malnutrition, homelessness: none of these “handicaps” would ever stop a True American from using the skulls of his school chums to pave his path to material wealth. With white skin and ten million dollars to invest, a real American can build up the wealth of nearly one million dollars. That’s why all Republicans are rich and all Democrats are poor. 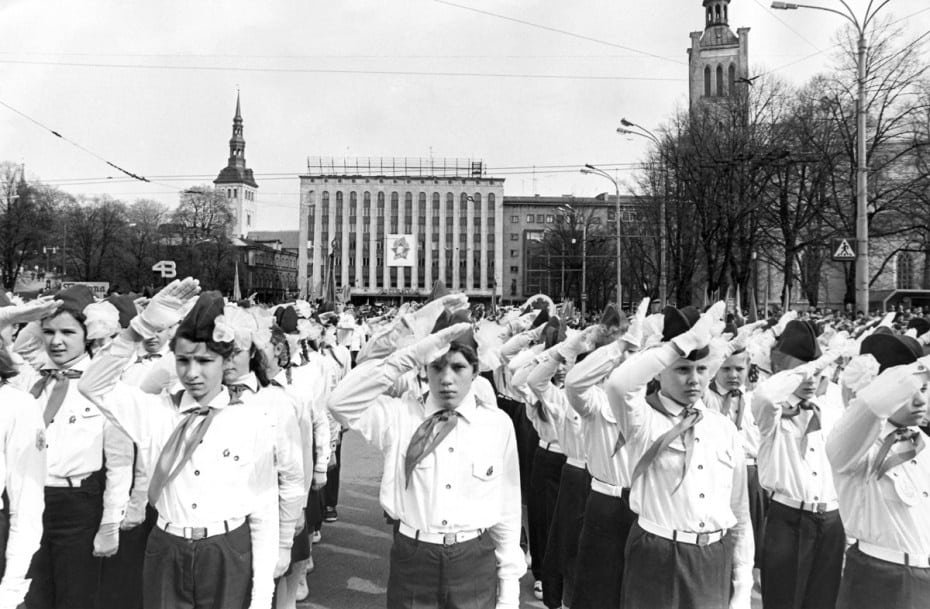 Just look at our esteemed president, Donald J. Trump. Talk about a rags-to-riches tale: as a child, his net worth was already well above what most liberals can ever hope to achieve!

Even as a little child, he was worth millions of dollars. And it’s not because his father just gave it to him in a massive tax-avoidance scheme and not even the IRS can be bothered to pursue him for it. It’s because Donald Trump’s father could tell he was a winner. HIs little infant face and child-size blond toupee demanded wealth, and so he received it, as was befitting to his skin tone.

We all know that sharing is for wimps, despite what poison the dirty subversives might pour into our children’s ears. We know that only the strong survive in capitalism. That’s what makes it such a great system: the forced destruction of the weak not through the mechanism of the state, but through faceless poverty and its innumerable associated ailments, none of which can be pinned on any single individual. It’s a perfect system, blameless and violent in all the right ways and, most importantly, to all the right people.

If a single human somehow treated people the way that capitalism treats its citizens, we would want that person to stand trial for war crimes. Communist nations were often explicit about eliminating demographic groups that the regime saw as undesirable. Capitalism achieves the same ends, but does so with greater subtlety, better movies, and nicer cars.