The Solution to “Bad” Gun Violence Is Obviously More “Good”...

It’s a sad reality of 2018 that school shootings are more common than celebrity weddings. Yet, unlike celebrity weddings, they are gradually receiving less and less coverage in the “Lame Stream Media,” am I right? Gradually, we as a culture are becoming slightly less interested in gun violence because it is so run-of-the-mill. Unbelievably, a shooting at a school has become something of a “dog-bites-man” story, one that’s covered, but isn’t worth major work. Of course, this is unlike other types of mass killings. Take, for instance, the recent mass shooting at a synagogue in Pittsburgh, Pennsylvania.

This attack hit extremely close to home. The death toll was significant, the shooter did a lot of damage, and it had an anti-semitic angle. It’s horrific. And it is still getting a good deal of coverage—which it deserves, of course. More coverage, however, than a school shooting might get. 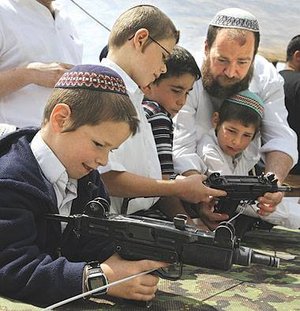 Getting Strapped: A Bar Mitzvah Tale

Part of that coverage is the aftermath, the story of how people put their lives back together after witnessing or being injured in such a shattering event. The stories about how they can’t feel safe anywhere anymore. Well, we have good news for once! This group of religious people finally got the message the NRA has been blasting through loudspeakers and pasting on to every available surface: the only thing that can stop a bad guy with a gun is a good guy with a gun.

Yes, you heard it right folks! The rabbi and many of his congregants are packing heat and hitting the range. They figure, hell, if people are going to come for us, we’re not going to be sitting ducks. And that’s a distinctly American reaction to the situation. It’s also a distinctly paramilitary reaction, and it’s how you get a billion guns with no real restrictions on them. Just pop over to grandad’s arsenal and take all you need!

Following the NRA’s dictum, these Jews will be blasting away if an attack ever comes again. They’ll be strapped in Temple, eyes scanning, performing ocular patdowns on worshipers. That’s exactly the kind of environment you want to worship God in, so I can’t see the problem. A persistent cloud of directionless fear and shapeless anxiety is exactly what the Catholic church has been encouraging all these years, and I can’t see why Judaism can’t jump on that train too. 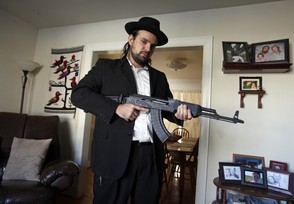 It’s the same with the community around the synagogue. They’re eager to be strapped, ready to drop a fool with some straight shooting at center mass. That creates exactly the kind of civil environment where no one is ever worried about their safety! Could a dispute over parking escalate into a massive gun battle? Yeah, sure. But I bet that will encourage you to park right, dweeb!

Let’s Do More of This!

It’s impossible to look at the problem of gun violence in America and not be confronted with the enormous quantity of weaponry that we, as citizens, own. To act as if this bears no relationship to the number of shootings in America is either stupid or disingenuous. It’s flatly absurd to take those two data points and not put them together: more shootings than any country, more guns than any country. Gree, could the possible be related? Surely not, the NRA insists. 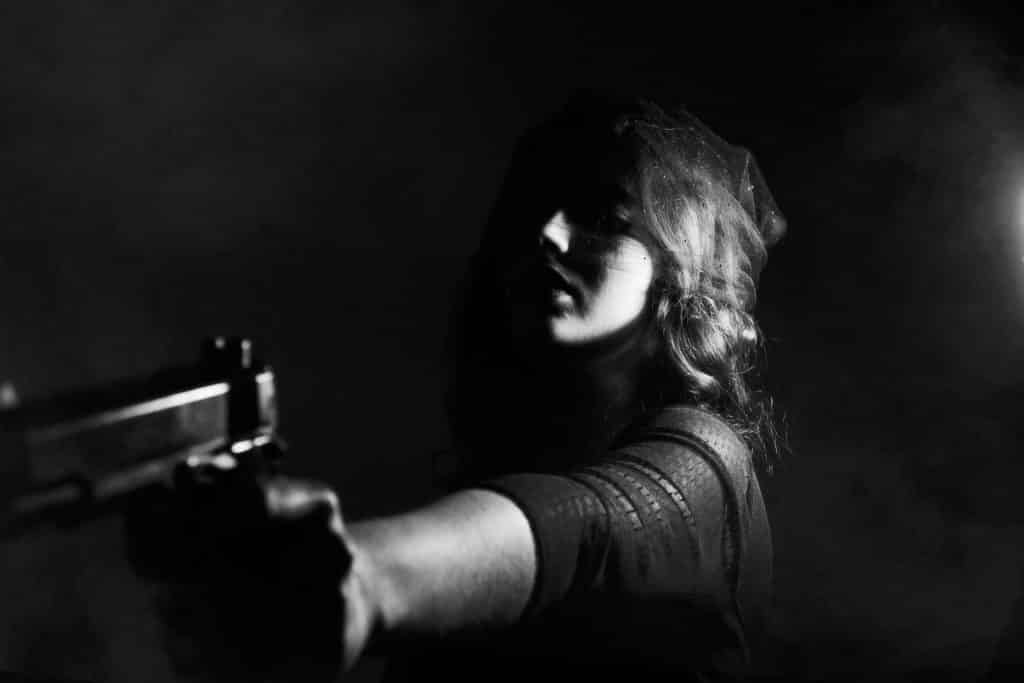 It might not be a clear through-line, but it’s clear that the presence of guns and their ready availability makes these kinds of attacks far easier. In fact, the guns used in Pittsburgh’s synagogue massacre were legally purchased. When citizens of European countries get angry, they reach for fists, knives, or in particularly gruesome cases, acid. When citizens of the United States get mad, they reach for a gun. A gun that is close to hand and quick to obtain. Walmart hawks them like they are school supplies!

But how do you police the intent of the shooter? It’s impossible to do so.

Restricting the purchase of firearms, however, does not seem to make a measurable impact on gun violence. Cities that have tried banning guns completely did not see a precipitous drop in the gun violence rate. Criminals, unconcerned with laws, circumvented the ban with straw purchasers and out-of-state buys. Could strict gun regulation on a national scale work? Honestly, we have no idea: we’ve never tried it, and the data to figure it out is nearly inaccessible, thanks to the NRA’s persistent policy of opposing any and all types of national firearms registry.

So it is that we wind up this situation, with no good moves and tragedy encroaching. It seems we have to do something, but what?