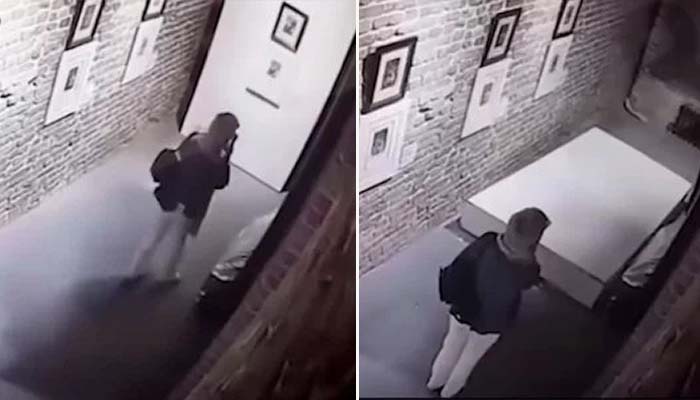 It’s not been a good year for art galleries. First, a man in Portugal injured himself after falling into an installation by Anish Kapoor, damaging the piece in the process. Now, museum visitors have managed to trash paintings by several notable artists while trying to take a selfie.

The gallery-goers damaged works by Salvador Dali and Francisco Goya while visiting an exhibition in Yekaterinburg, Russia. The temporary structure displaying the pieces fell, with a visitor on the other side having to speedily jump out of the way to avoid getting hurt.

A spokesperson for the museum said four girls taking a selfie behind the wall were responsible for the accident, with the artworks being sent to specialists to assess the damage.

They said: “A group of girls – there were four of them – behaved inadequately.

“As a result, they damaged two works of art, which were on display in a tandem: pictures by Francisco Goya and Salvador Dali.

“Goya’s work had its frame and glass broken. As far as Dali’s artwork is concerned, apart from shattered frame and protective glass, it also suffered damage to the picture itself.”

The works were part of an exhibition entitled Caprichos, but the names of the paintings or their worth has yet to be confirmed.

Police have launched an investigation into the accident, but have no arrests have been made.