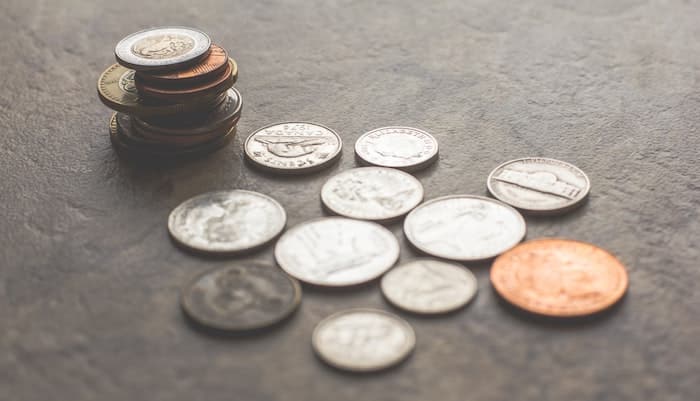 Smaller government. More independence. More self-reliance. That’s the old school credo of the Republican Party. Every GOP rep on Capitol Hill probably has a T-Shirt at home that says, “Spend less and give money back.”

It’s a nice thought … or it would be if it weren’t hot garbage. At the end of fiscal year 2018, the federal deficit swelled to $779 billion while federal borrowing jumped a staggering 17 percent. In 2019, those numbers are expected to get much (much) higher.

In response to the announcement that the federal deficit was expected to reach new levels of gross, a bunch of spiteful, frustrated Democrats working on the Senate Budget Committee released a report that laid the entirety of the deficit at the feet of the Republican Party.

According to the numbers, reversing just four GOP decisions in the last two decades could have transformed that $779 billion federal deficit into a $156 billion surplus. Sure, the report is totally biased, and the Obama administration can’t be entirely let off the hook, but it’s much more fun to poke and prod a bunch of old, rich a-holes, especially when their flaws are so much easier to point out.

The report’s obvious partisanship also does nothing to blunt the impact of its content.

It’s tempting to say that Trump is responsible for most of the federal deficit, but the simple fact of the matter is that the Trump-train hasn’t had time to well and truly muck things up. Give it another year or two. Trump’s recent tax cuts added $164 billion to the federal deficit, but the real meat of that debt was chalked up during the Bush years. While we were all laughing at his abject bumpkin-ness, he was laying the groundwork for some serious financial debt.

George W. Bush may be pretty sweet post-Presidency, but we’re all still paying for Dubya’s naïveté nearly twenty years later. Without getting into the nitty-gritty, the report stated that had Bush not funded wars in Iraq and Afghanistan ($127 billion), increased base defense across the globe ($156 million), and cut taxes (a whopping $488 million), then the American people would have roughly a trillion more dollars to play with, virtually eliminating the nation’s debt and giving us a $150 million in change.

What’s more, the Democrats at the Senate Budget Committee had a few ideas for ways we could have used the money we’re blowing on the federal deficit.

$61 Billion Would Get Us All the Science

Imagine a world where there was a promising cure for cancer, where scientists could predict the path and intensity of hurricanes as they formed, where climate change was being addressed with serious federal firepower. Sixty billion dollars and change could help get us thereby doubling the budget of the “National Science Foundation, the National Institutes of Health, the Centers for Disease Control and Prevention, the National Oceanic and Atmospheric Administration, and the United States Geologic Survey.”

For $174 Billion, We Could Eliminate Poverty

This number isn’t a fluke. We’ve known how much money we’d need to spend to get most every American up to the poverty line for years. The number could ensure that the disproportionately needy could get proper housing, full meals, and adequate healthcare.

SNAP Could Spend Almost $3 Per Meal for Just $70 Billion

Right now, the Supplemental Nutrition Assistance Program (SNAP) allocates roughly $1.80 per meal for each of the 42 million people that receive assistance. Fun fact: the average cost of a meal nationwide is $2.36. Seventy billion bucks would allow the federal government to double that number, bringing SNAP assistance into a range experts refer to as, “actually useful.”

Parents would never have to worry about finding a daycare they could afford, which is probably enough to merit the $140 billion alone, but that relatively small sum means so much more. Early socialization would allow professionals to pinpoint learning disabilities or problems at home much sooner than average. What’s more, early interaction helps kids develop language skills, self-esteem, cooperation, and creativity.

But who wants to raise a generation of thoughtful children who know how to work alongside one another.

We Could Eliminate Child Poverty for a Scant $69 Billion

At present, around 5.7 million American families with children live below the poverty line. Experts speculate that by giving these families 11 grand a year (for an annual total of around $70 billion), we could solve that problem.

According to TalkPoverty.org, another way to say that is, for the same amount the federal government expects to spend on the most recent Republican tax cuts, they could end child poverty.

We Could Educate the Country For $60 Billion

The concern chief in the minds of most college graduates is the debt they accrued while going for their degree, and for a good reason.

Forbes says that a “truly average” college grad — someone with 49K in debt and earning 50K a year at their first job — can expect to have about 10 percent of their paycheck garnished for the next decade. That’s assuming that they’re making 50K a year, to begin with (hint: don’t major in English, kids!).

For about $60 billion, we could cut student loan interest rates in half and give working-class families free access to public colleges and universities.

And, for the Grand Finale … End Homelessness in America for $22.5 Billion

Guess what? The wealthiest families in America could end homelessness tomorrow without batting an eye. For just $22 billion, roughly the same amount of federal subsidies that go to the oil and gas industry each year, the government could give a home to nearly 650,000 homeless citizens.

In fact, in the long run, the cost of eliminating homelessness likely wouldn’t even cost that much. Thanks to the diminished need for shelters, emergency room services, and rehab clinics, the federal government might actually save every dollar it spent finding affordable housing for the chronically homeless.

We’ll close things out, here, with one obnoxious thought. All that goodness could be accomplished and sustained for about $596.5 billion. That’s roughly half the amount of money the United States government plans to spend on the military in 2019 (https://www.usgovernmentspending.com/).

In fact, we could suck out that half a trillion from the military budget and still be spending about twice as much on our military as China, our closest competitor.

The Ten Commandments of Donald Trump