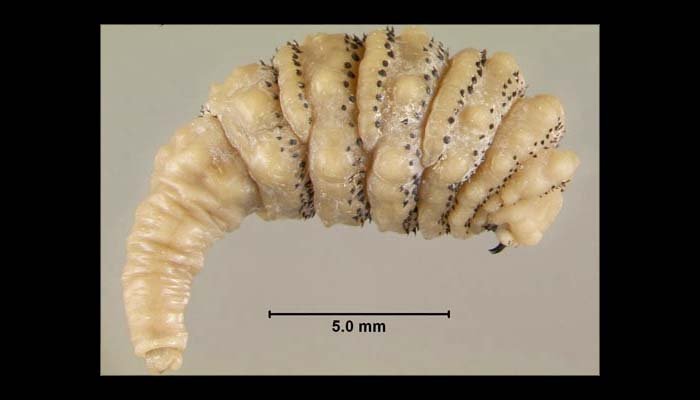 It sounds like every newlywed’s worst nightmare. A woman who came back from her honeymoon with an itchy groin discovered that a maggot had embedded itself in her skin.

The unnamed 36-year-old visited her doctor complaining of a bothersome red mark, two months after returning to Tampa, Florida, from a romantic trip to Belize.

After the antibiotics the general practioner gave her didn’t work, the newlywed visited Tampa General Hospital, where staff suggested it could be a cyst or ingrown hair.

It was only after she sought a third opinion at Tampa’s Memorial Hospital that a doctor revealed the disturbing truth.

After realising that the skin around the rash was hard, Dr Enrico Camporesi speculated that perhaps an egg or bean was beneath it.

And after discussing the sitution with a surgeon, he was even more convinced that a living creature was the reason for the sore.

The woman was administered local anaesthestic so staff could remove the human botfly maggot via surgery.

Fortunately, once the ordeal was over the woman healed within a week.

The woman’s story was first shared in the Journal of Investigative Medicine High Impact Case Reports. The report’s authors claim that those infected by this type of maggot can often feel the bug “moving when they shower or cover the wound.”

Luckily for those afflicted, if untreated the maggots usually drop out of the skin of their own accord after 78 days, at which point they transform into a fully-grown botfly.