Trump Has An Online Store For His MAGA Gear And...

Unless you’re a hardcore Trump supporter, you’ve probably never stumbled across his official campaign store. From MAGA gear to a one-of-a-kind space force t-shirt, this online store is absolutely as ridiculous as it sounds. While there’s no clear indication as to where the profits will go, it can be assumed that they will either be put towards the 2020 election or go directly into Trump’s pocket. Here’s a look at some of the more ridiculous gear our president has for sale. There ain’t no party like a Trump campaign party, and these party cups are a must-have for almost any occasion. From weekly Ku Klux Klan gatherings to neighborhood potluck dinners thrown to honor ICE, these cups are designed to serve the best of them. At $20 for a pack of four, you’ll have to throw down a bit of cash to get a beer pong game going, but they’re reusable so you can just rinse them off and put them away until your next big event. 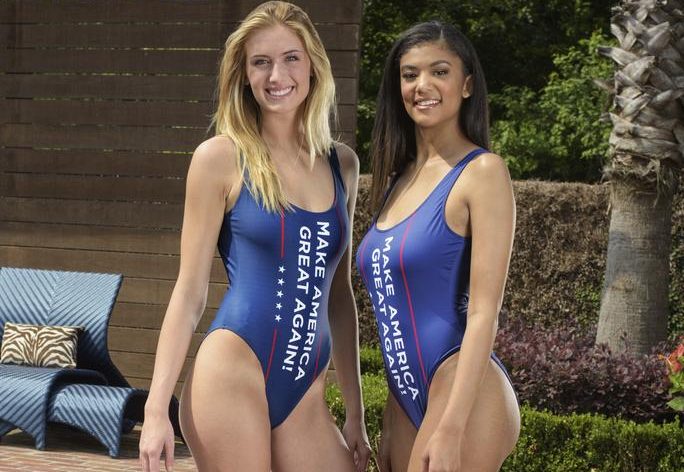 In case your friends don’t already think you’re a douche, you can wear this ridiculous swimsuit to their next pool party. Even if you did actually want to wear this one-piece, good luck trying to figure out sizing. The chart is wacky, and even though it’s labeled as a women’s bathing suit, the description says it’s junior sizing. No returns or exchanges though when you end up with the wrong size suit.

If our dear president is the first thing on your mind each morning, then this mug is definitely for you. While half of the country keeps hoping they’ll eventually wake up from this nightmare, the other half is having wet dreams about our Fuhrer. For $30 a pop these mugs better come with a month’s worth of coffee and a personalized letter sealed with a kiss from Trump himself. 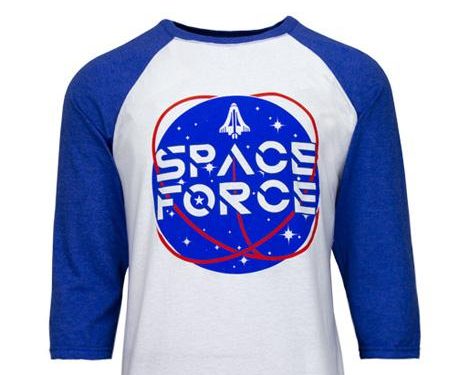 I’m still not exactly sure what the Space Force is (something to do with Star Wars maybe?), but their logo looks quite familiar. In fact, it looks exactly like a mash-up of the logos for NASA and the United States Air Force, but the only thing they all seem to have in common is the fact that they involve some form of aircraft. Since this Space Force will likely never happen, this shirt might become a collector’s item one of these days. Or be the rag that dusts off the collector’s items. Nope. The LGBT community isn’t supporting Donald Trump, especially these days. And they certainly aren’t spending $24 on a piece of junk like this, on sale from $30. Having Trump’s name anywhere near the LGBT rainbow depicted in a positive light is like an oxymoron.

Stand Up For America Jersey It’s not bad enough for the president to shame NFL players for peacefully protesting during the National Anthem, but he has to get the rest of the world to bully them as well. These “Stand Up For America” jerseys are absurd. Whatever happened to the good ‘old days when the only arguments at a football game were over a bad call? Those were simpler times!