Memes That Describe Each Kind Of American During The Midterm...

What kind of voter are you going to be during this year’s midterm elections? Maybe you’ll be one of those irritating voters who flaunt their “I Voted!” sticker all over Facebook or maybe you’ll be the kind of voter who shows up to the polls in your MAGA hat and t-shirt featuring Donald Trump’s ugly mug. These memes describe them all!

Are you quick to complain about Congress but always manage to forget to vote during the midterm elections? Well, then this meme just might describe the voter category you fall under. Perhaps you didn’t know that Congress is made up of members of the House of Representatives and the Senate. This year, all 435 seats in the U.S. House of Representatives and a third of all posts in the Senate are being voted on. 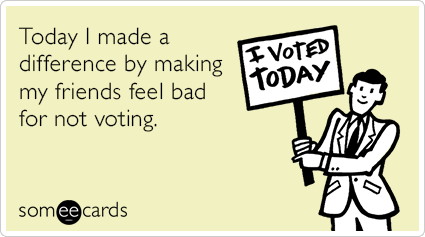 You voted, and you want all of your closes friends and family on Facebook to hear about it. So, you share a selfie on your way to the polls, check-in when you get there, and then post a series of photos of your “I Voted!” sticker or your actual ballot card. Likely you’re guilty of oversharing all year-round but come election time, you’re extra irritating.

Think your vote doesn’t matter? Is that the excuse you use when you take the day off to vote but end up lounging in front of the television in your pajamas all day instead? Then likely this meme describes the voter category you fall under. Contrary to popular belief, your vote does matter. As long as those damn Russians don’t get involved. 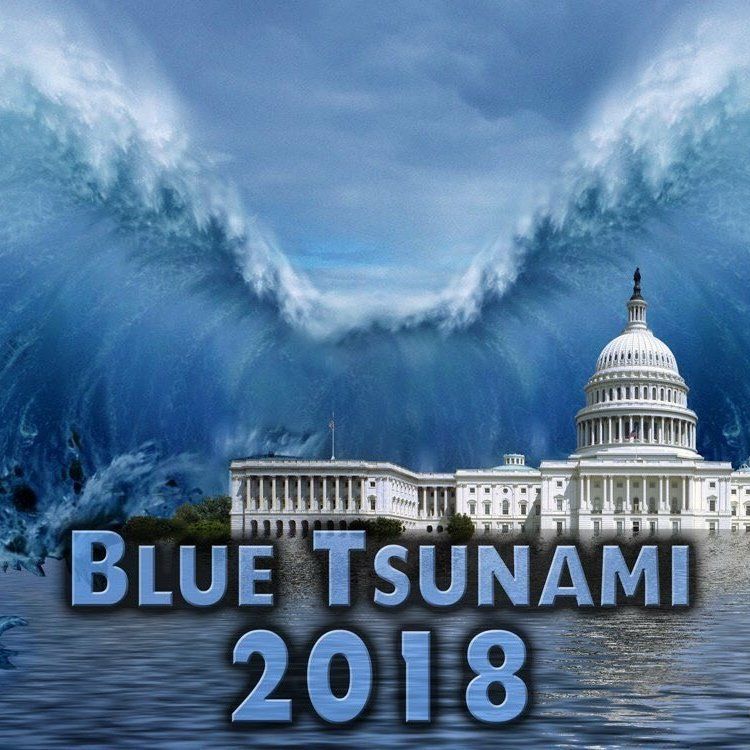 If the political climate over the last two years has mortified and angered you, then likely you’re all about the blue wave. You’re so ready for the midterm elections that you not only have all of your candidates selected, but you have your outfit all picked out for that day as well. You will be first in line to cast your vote and feel confident that Democrats will pull through this time around.

You feel that there’s nothing to worry about. The blue wave is nothing but a joke to you, and you’re fully confident that the results of the midterm election will be red across the board. Whether you actually go out to vote though has nothing to do with who wins though, as you know that Republicans have it in the bag.

If you have a countdown going and the date of the election marked on your calendar, then this meme definitely describes the kind of voter you are. Whether you plan on voting for the left or the right, this would make you an eager beaver.

If you’re heading to the polls to keep Republicans in power, well then, this is the meme for you. You’ve already drunk the fruit punch, and it has filled you with the red hate of bigotry. You’re all about the red wave of 2018 and are oblivious to the implications this phrase has to a woman’s time of the month.