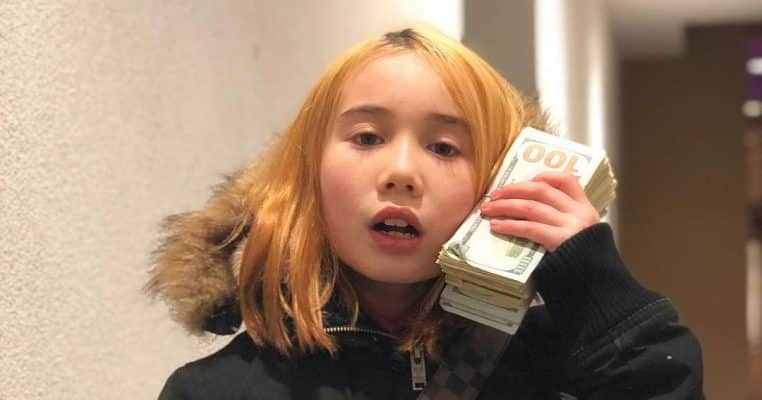 Social media and the internet, in general, can get rather dangerous for a lot of children. One of the parents’ biggest fears for their child online are probably pedophiles, but apart from that, sometimes it’s the parents themselves exploiting their children for internet fame. One extreme example of this is the notorious child rapper Lil Tay, who now faces an ugly custody battle between her mother and father.

If you’re unaware who Lil Tay is, then you’re unlucky because here she is:

At first glance, she appears to be a rich, spoiled 9-year-old brat who is an expert at “flexing” her wealth, regardless of how authentic it is. She also has some equally appalling rap music. However, it turns out that her mom was behind it all along. Her Chinese mother, Angela Tian, was apparently a real-estate agent and some deluxe houses for sale are where they do their shoots for those flex videos. Basically, Lil Tay’s mother appears to be exploiting her for YouTube views and revenue. Her mother has since been fired from her agency because of this.

However, the situation seems to be getting worse for the social media star because her Canadian “absentee” father, Christopher John Hope, has issued a court order for her. Now, Lil Tay appears to have been forced with living in Canada with her father, otherwise, she will be taken in foster care. She is also banned from using social media, hence, all her toxic content were removed from Instagram.

It appears, that there is more Lil Tay being banned from social media, however. The post above came from an anonymous “former associate” who claims to have witnessed Lil Tay “from the beginning.” Apparently, Lil Tay’s father is no better than her mother and was even more abusive with allegations such as being naked around Lil Tay often and failure to provide child support to Angela. The post has since been deleted and Lil Tay’s fate remains unknown.

Will Smith disclosed in a podcast interview recently that he would “consider” running for president “at some point.” In an interview released Monday, the 52-year-old rapper told Crooked Media’s “Pod Save America”: “I think for now I’ll let that office get cleaned up a little bit. And then I’ll consider that at some point down… END_OF_DOCUMENT_TOKEN_TO_BE_REPLACED

Vaccination programs are currently on roll-out and countries that vaccinated for COVID-19 are talking. Questions are everywhere, and it is building up people’s anxieties about vaccination. How has the vaccine affected their population? Are the vaccines any good? Should we research more on newer vaccines? Can the vaccines kill the mutated virus? The answers change… END_OF_DOCUMENT_TOKEN_TO_BE_REPLACED

Texas Senator, Ted Cruz, received heavy criticism after taking a vacation to Cancun with his family in the middle of a crisis. The latest power crisis in Texas left hundreds of homes without electricity and water for more than 48 hours in negative degree weather. This has left the lives of many Texas residents in… END_OF_DOCUMENT_TOKEN_TO_BE_REPLACED