RPGnet Bans Support For Trump From Their Platform

It’s one of the oldest gaming forums on the web, but RPGnet just made a very progressive move.

The role-playing game site just declared itself a no-Trump zone, claiming the actions of the President and his supporters conflict with their values.

In a statement posted yesterday, moderators announced a ban on any discussion of Trump, a decision the group don’t seem to have taken lightly.

The post reads: “The following policy announcement is the result of over a year of serious debate by the moderation team. The decision is as close to unanimous as we ever get. It will not be the subject of further debate. We have fully considered the downsides and ultimately decided we have to stay true to our values. We will not pretend that evil isn’t evil, or that it becomes a legitimate difference of political opinion if you put a suit and tie on it.

“We are banning support of Donald Trump or his administration on the RPGnet forums. This is because his public comments, policies, and the makeup of his administration are so wholly incompatible with our values that formal political neutrality is not tenable. We can be welcoming to (for example) persons of every ethnicity who want to talk about games, or we can allow support for open white supremacy. Not both. Below will be an outline of the policy and a very incomplete set of citations. 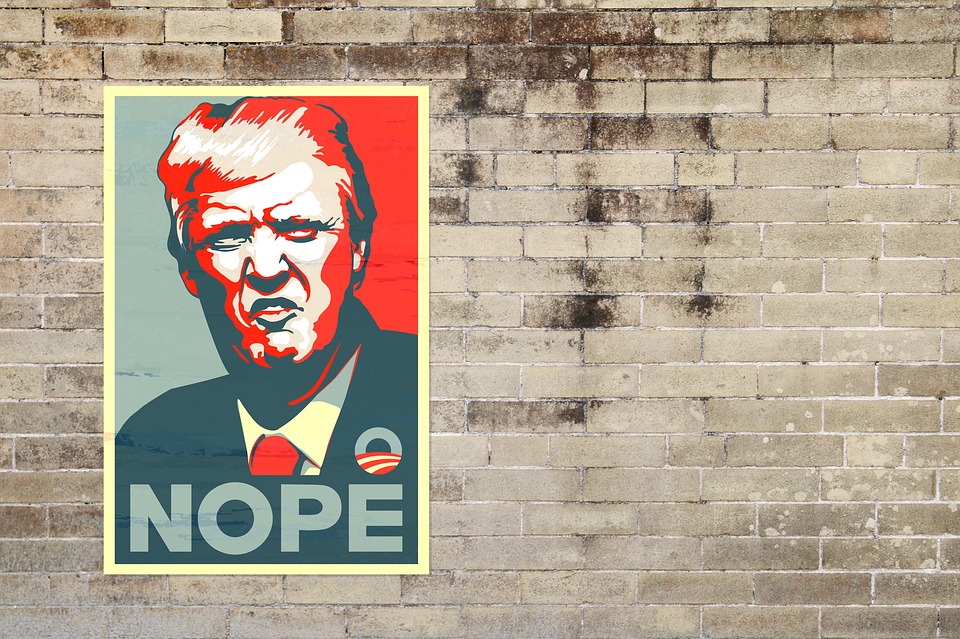 “We have a community here that we’ve built carefully over time, and support for elected hate groups aren’t welcome here. We can’t save the world, but we can protect and care for the small patch that is this board.”

The moderators went on to clarify that they are not anti-Republican or actively supporting the Democrats, just taking a stand against “bigotry and hatred.” Or, as the team put it: “It is not open season on conservatives, and revenge fantasies against Trump and Trump supporters are still against the rules.”

They also made it clear that retroactive bans will not take place, and that as long as you don’t talk about Trump in the future, you’re safe.

Policy citations that can land users in hot water include “racism and rhetorical alliance with white supremacist groups,” “hostility to transgender persons,” and mocking disabled people and sexual assault survivors.

You can read the full list here, but as long as you’re not a racist, sexist, or transphobic d-bag, I wouldn’t worry too much.

Into the Upside Down: Stranger Things Games

Trump Fans Declare “It Doesn’t Matter What He says, We’ll Support it” in Worrying New Clip