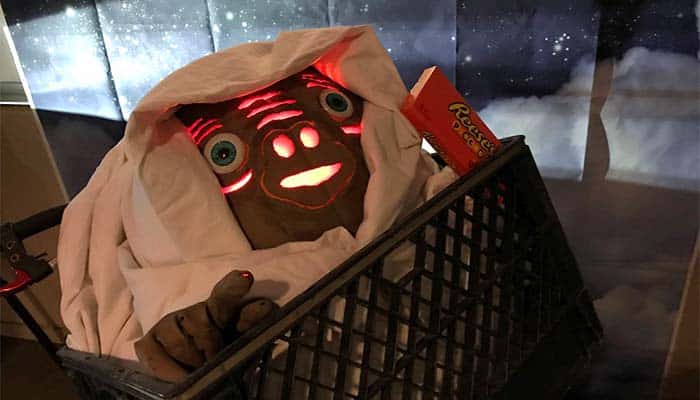 If you thought Halloween “Trumpkins” were great, then these creations – carved by NASA scientists – are out of this world.

For the seventh year running, the team at NASA’s Jet Propulsion Laboratory in Pasadena, California, used their impressive engineering skills in a pumpkin carving contest, and results are astronomical.

Taking an hour-long break from their usual routine of building tools for space exploration, the staff battle it out for best pumpkin, and according to engineer Mike Meacham, it’s a fight they take VERY seriously.

“I don’t think, even at the time, they appreciated just how seriously our engineers were going to take it,” he said.

“They do it all in their own time. They go home, use their own resources, plan it out, and all we give them is a pumpkin.”

The engineers only have an hour to work on their pumpkin, and the winner doesn’t get a trophy – just the opportunity to brag about having the best design. Still, that’s more than enough to bring the carving knives out.

In the past, staff have designed everything from UFOs, to Frankensteins, and even working robotic arms.

Here’s some of this year’s cosmic creations

The Meaning Behind Teal Pumpkins On Doorsteps This Halloween

How did he die? An African American man, George Floyd, 46, was killed by Minneapolis Police officers. Floyd was being investigated for forgery. George Floyd’s death was caused by a police officer holding him down on the ground with a knee on his neck. He was not shot to death but instead strangulated. Now, his family… END_OF_DOCUMENT_TOKEN_TO_BE_REPLACED

The Blood Test, The Swab Test, and The Saliva Test      Essentially, there are three general types of COVID-19 testing produced so far. One is the rapid test, the second is the saliva test and the other is the swab test. The rapid test (also known as the anti-body test) uses blood samples. The swab test… END_OF_DOCUMENT_TOKEN_TO_BE_REPLACED

The COVID-19 pandemic is one of the biggest modern pandemics known in history. Currently, there are more than five million confirmed cases in the world, with a total of 333,000 deaths. A total of 1.6 million of these confirmed cases are in the US alone. The world is currently in a race of finding a… END_OF_DOCUMENT_TOKEN_TO_BE_REPLACED

Despite concrete data and research, people’s opinions will always be diverse when it comes to a variety of topics including religion, politics, gender, and more. Denial is a common reaction to many important discussions and serious world events. The COVID-19 pandemic does not differ from any issues and is subject to opinions from critiques all… END_OF_DOCUMENT_TOKEN_TO_BE_REPLACED

Back in January, when the Wuhan, China coronavirus broke out, it didn’t make it to the front page of newspapers, in print or virtual form. Today, January feels like a lifetime away. Like it or not, people around the world have adapted to the new normal – staying at home, frequent hand washing, and social… END_OF_DOCUMENT_TOKEN_TO_BE_REPLACED

Since the beginning of the year 2020, the whole world has been stupefied by the rapid spread of a deadly coronavirus known as COVID-19. World superpowers in the West were unable to prevent the virus from reaching their borders. Because of this fact, the novel coronavirus COVID-19 became a world-wide pandemic no less than three… END_OF_DOCUMENT_TOKEN_TO_BE_REPLACED