24 Hour Facebook Ban, What You Need To Know [Series]

Have you been the victim of a 24 hour Facebook ban?

A 24 hour Facebook ban is a blight on the social network’s oft-maligned and vague rules and regulations, and the perfect tool for bullies and trolls to impact a user’s Facebook experience. As you may have deduced, I recently was the victim of a malicious 24 hour Facebook ban — a circumstance those who work in social media can ill afford.

Here’s how it works. A fellow user can report a comment you’ve made, any comment, and Facebook automatically suspends your ability to use your account for at least 24 hours, with a threatened permanent ban if the bully or troll decides to pursue their harassment. (There are probably legitimate bannings, but the policy, as we have recently learned, is immensely flawed and primed for abuse.)

Attending an important life event? 24 hour Facebook ban can prevent that. Use Facebook for work? It’s like the person who targeted you hid your keys and you’ve got to take a day off. Have friends who you can contact only through the social network? A 24 hour Facebook ban will put a stop to that, simply saying “You Are Temporarily Blocked.”

Facebook was gracious enough to inform me of the “offensive content” I posted which has, in turn, prevented me from going to work today as well as halted my communication with friends, family, my colleagues (with whom I share a workspace on the social network) and others. 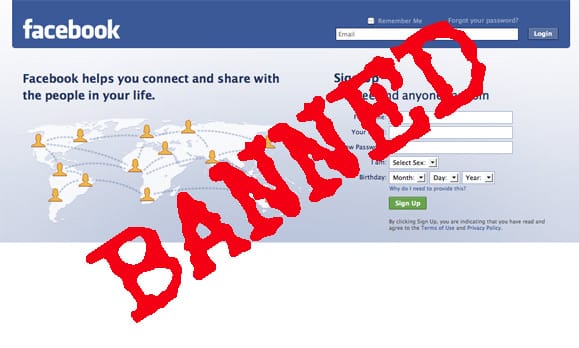 Here’s the comment (in response to a woman who called nursing women “cows”) for which I received a 24 hour Facebook ban, with threat of permanent removal from the site:

“Jennifer Ruffing No one is ridiculing you, but you are ridiculing nursing women, which is unnecessary. Formula is regulated but meant to be used as an alternative. Breastmilk is preferred. This is science.”

Have you ever received a 24 hour Facebook ban for content that did not violate Facebook’s TOS? If you have, please reach out to Social News Daily in the comments as we investigate the Facebook issue.