Know what would make America great again? If we could all just agree to disagree when it comes to political issues. If we could learn to debate topics without getting violent and killing each other. If all of us on the left started walking around in one of these hilarious MAGA parody hats. It’s the little things like this that will help to make the current political atmosphere slightly more bearable. Help make America great again with one of these MAGA parody hats on Amazon. 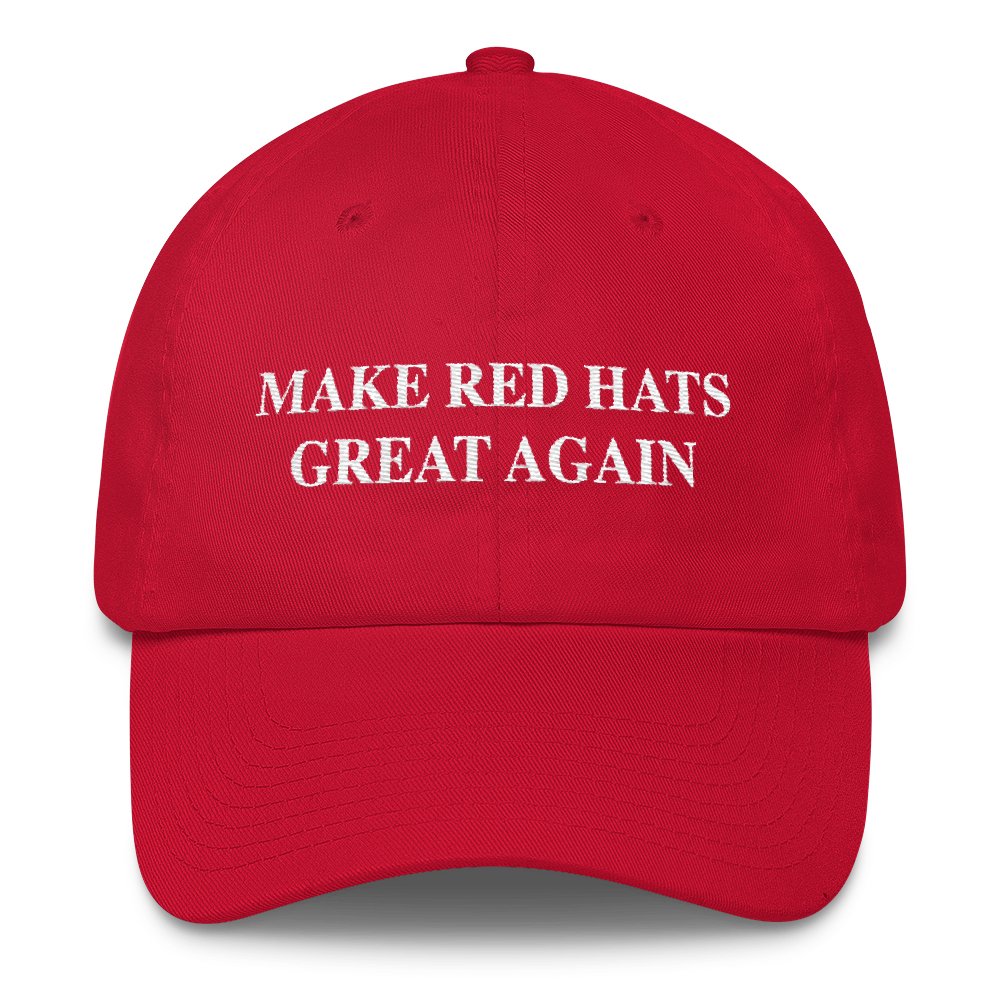 Remember when someone was walking around wearing a red hat it simply meant that they were a Red Sox fan or that they liked to shop at the Gap? These days, however, a red baseball cap means much more. To add some lighthearted slogans into the red sea of MAGA hats, this “Make Red Hats Great Again” cap offers a more humorous spin to the Republican motto. From a distance, it looks like just another MAGA hat, but if anyone starts to give you grief, you can point out their mistake. You will likely get a few laughs and maybe even a few dirty looks. 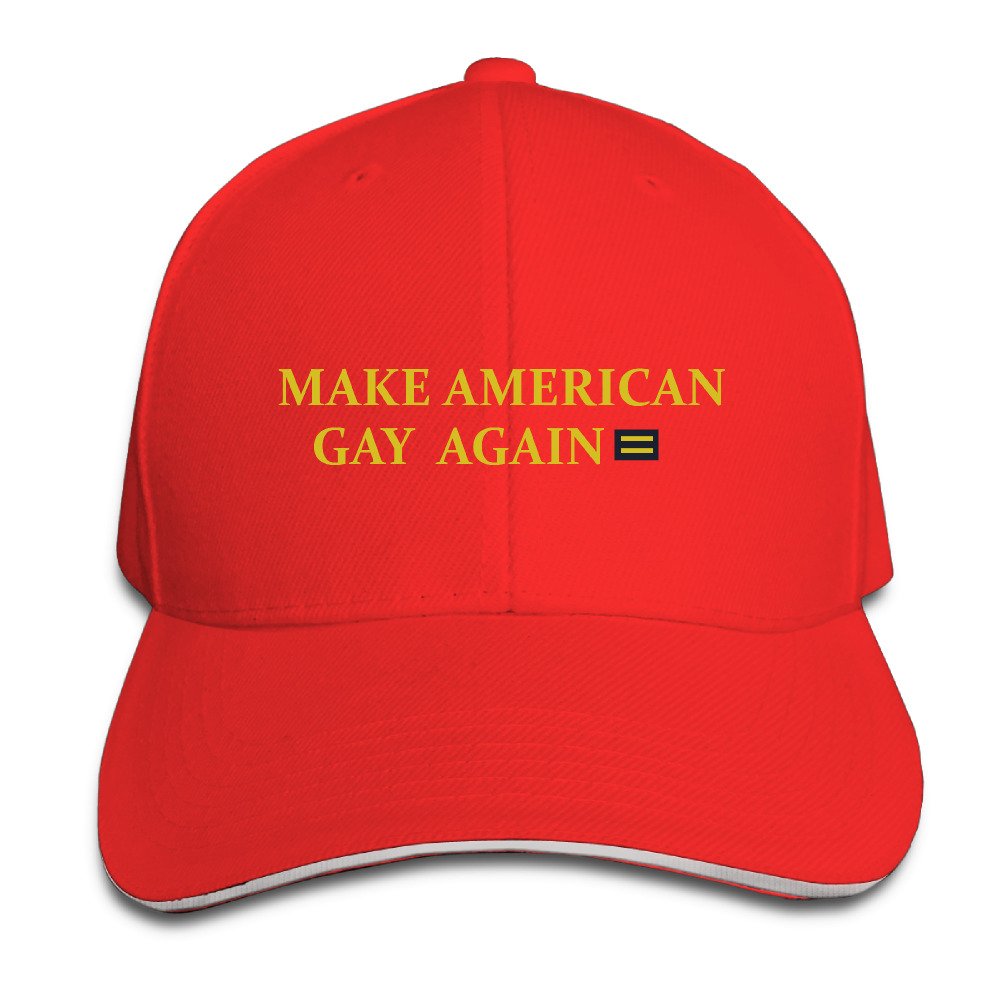 Started by the Human Rights Campaign, 100 percent of earnings made from their “Make America Gay Again” gear goes towards LGBT equality efforts. As one of the biggest civil rights organizations in the country working to end discrimination against the LGBT community, the HRC has attracted several celebrity customers including Miley Cyrus. You can also find some of their gear on Amazon, including this epic “Make America Gay Again” hat. 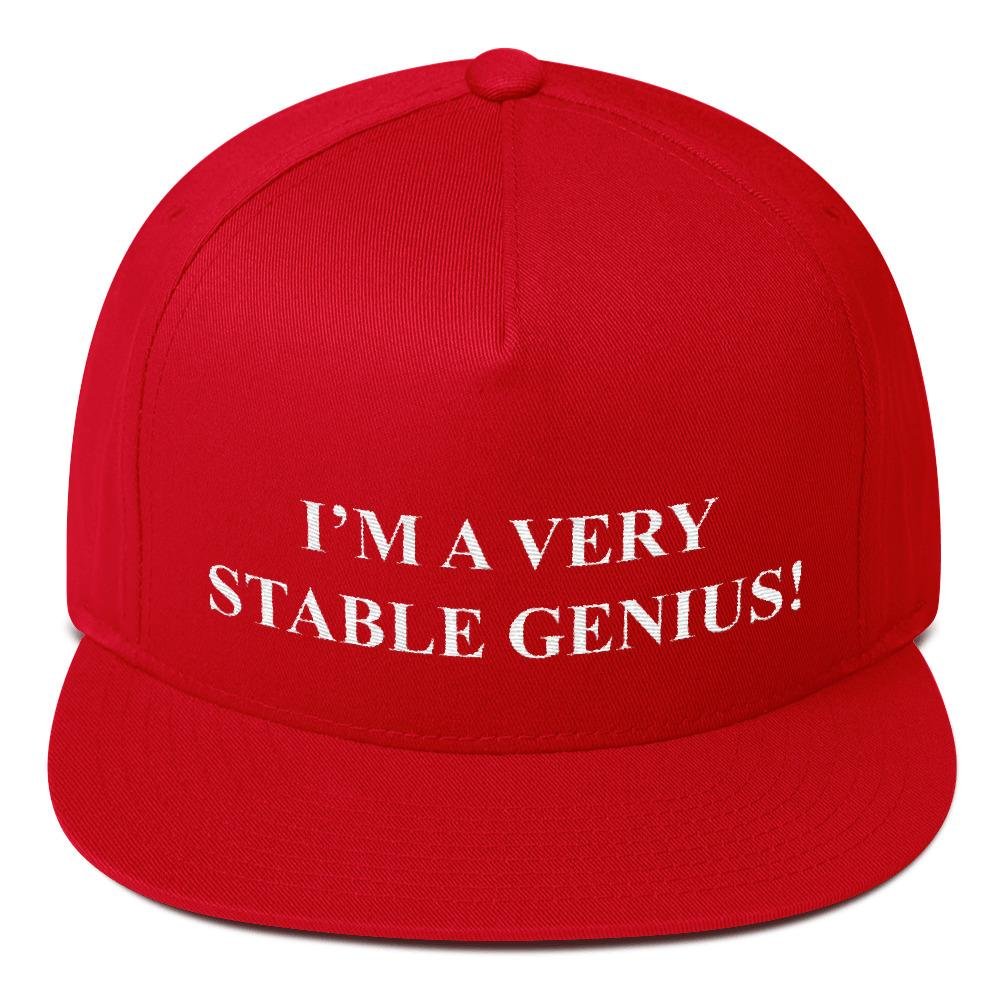 Another classic MAGA parody hat option is one depicting any of Trump’s various moronic quotes. This one, in particular, might not play on the words of the original slogan, but when you use this white font on a red hat, it has the tendency to get the point across. Rocking an “I’m A Very Stable Genius!” hat will not only do this, but it will give your friends something to chuckle about when they see you wearing it. 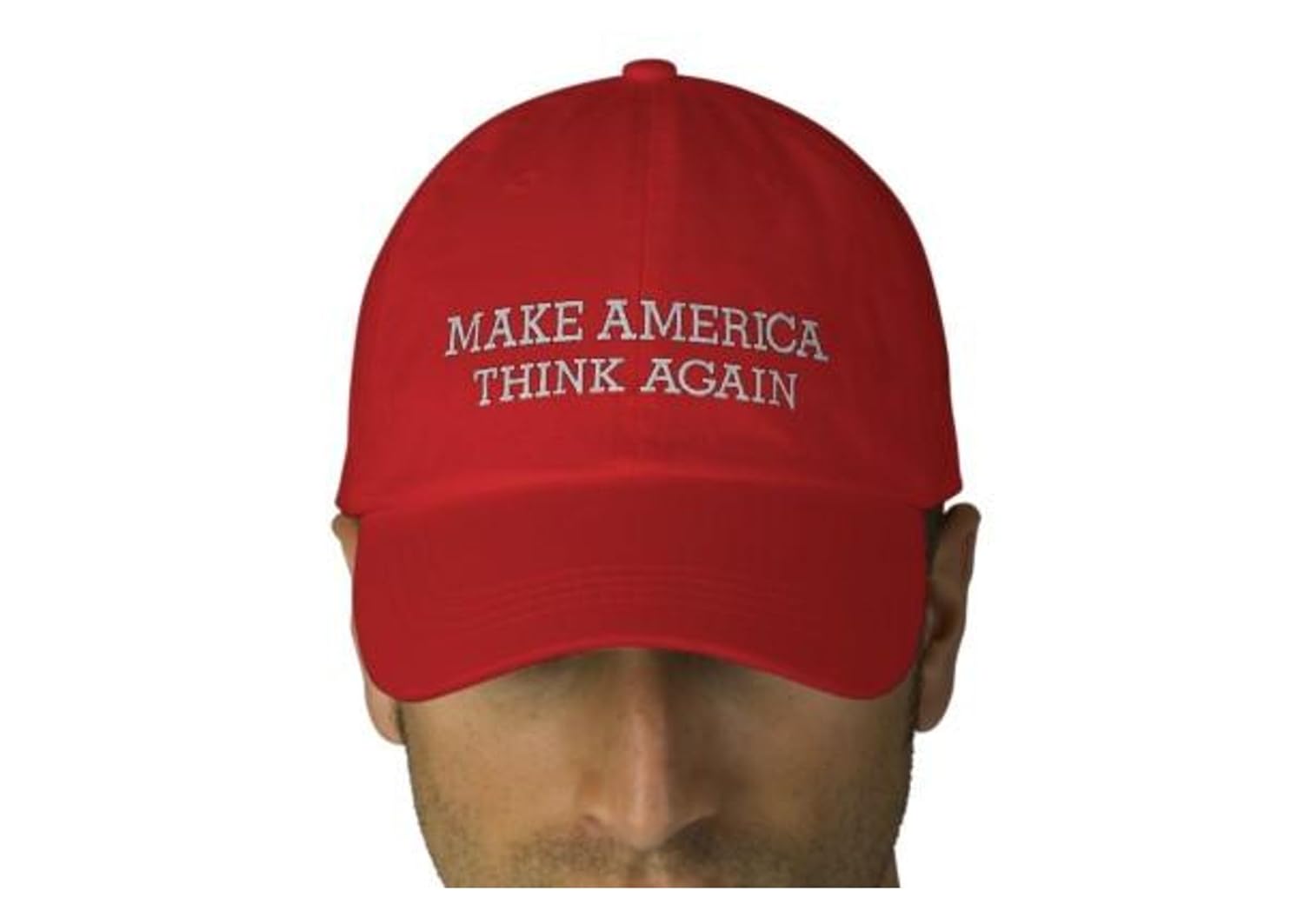 These days people rely on social media to get updates on political news. Few people stop to question whether an article is legitimate. Sometimes it’s an opinion or satire, and other times it’s flat out lies designed to rile up readers. Imagine the amount of progress we could make as a country if we just stopped to think and do some research before we reacted to things we see in the media. This “Make America Think Again” hat has got to be my favorite among the MAGA parodies! 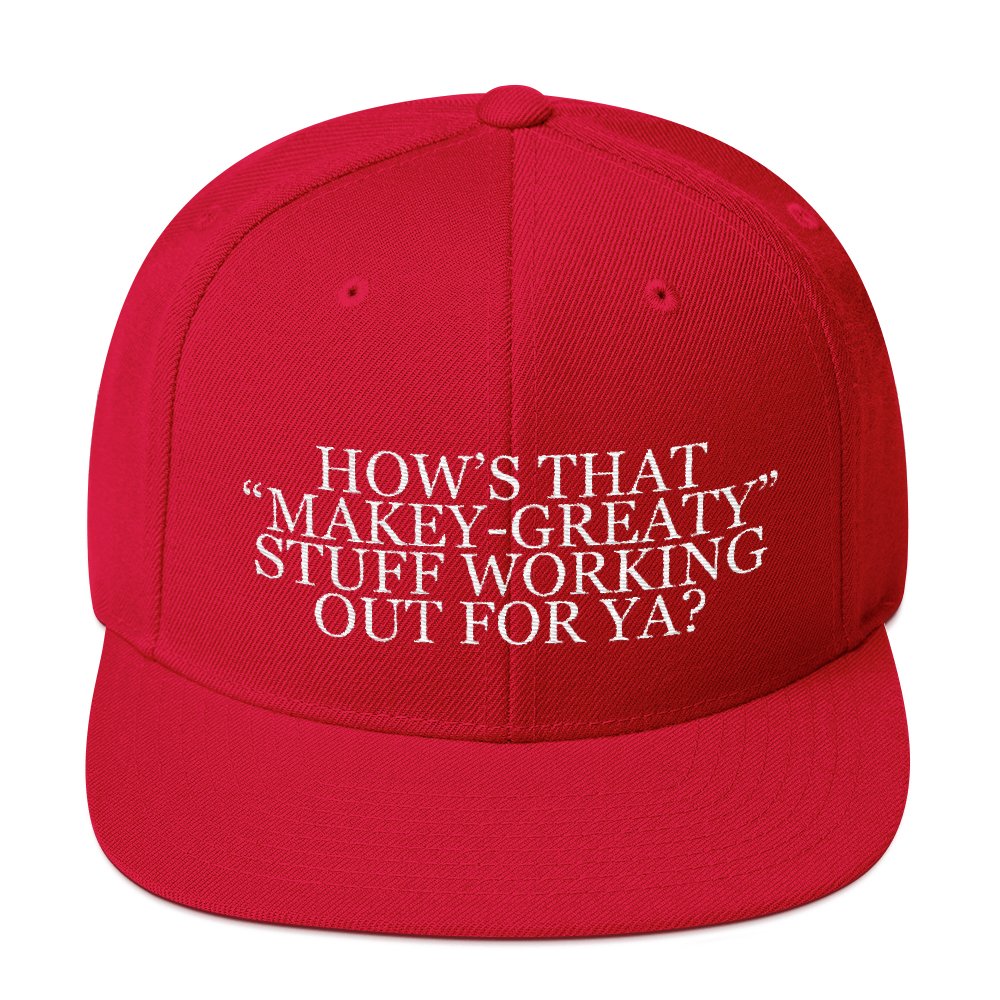 The perfect MAGA parody hat for those looking for something a bit cheeky, this red cap asks “How’s That ‘Makey-Greaty’ Stuff Working Out For Ya?” Keep in mind, though, when you ask the far-right a political question, they tend to respond with violence. While to you this might just be a funny hat, to them it’s an excuse to whip out their concealed weapon. Classy, I know. 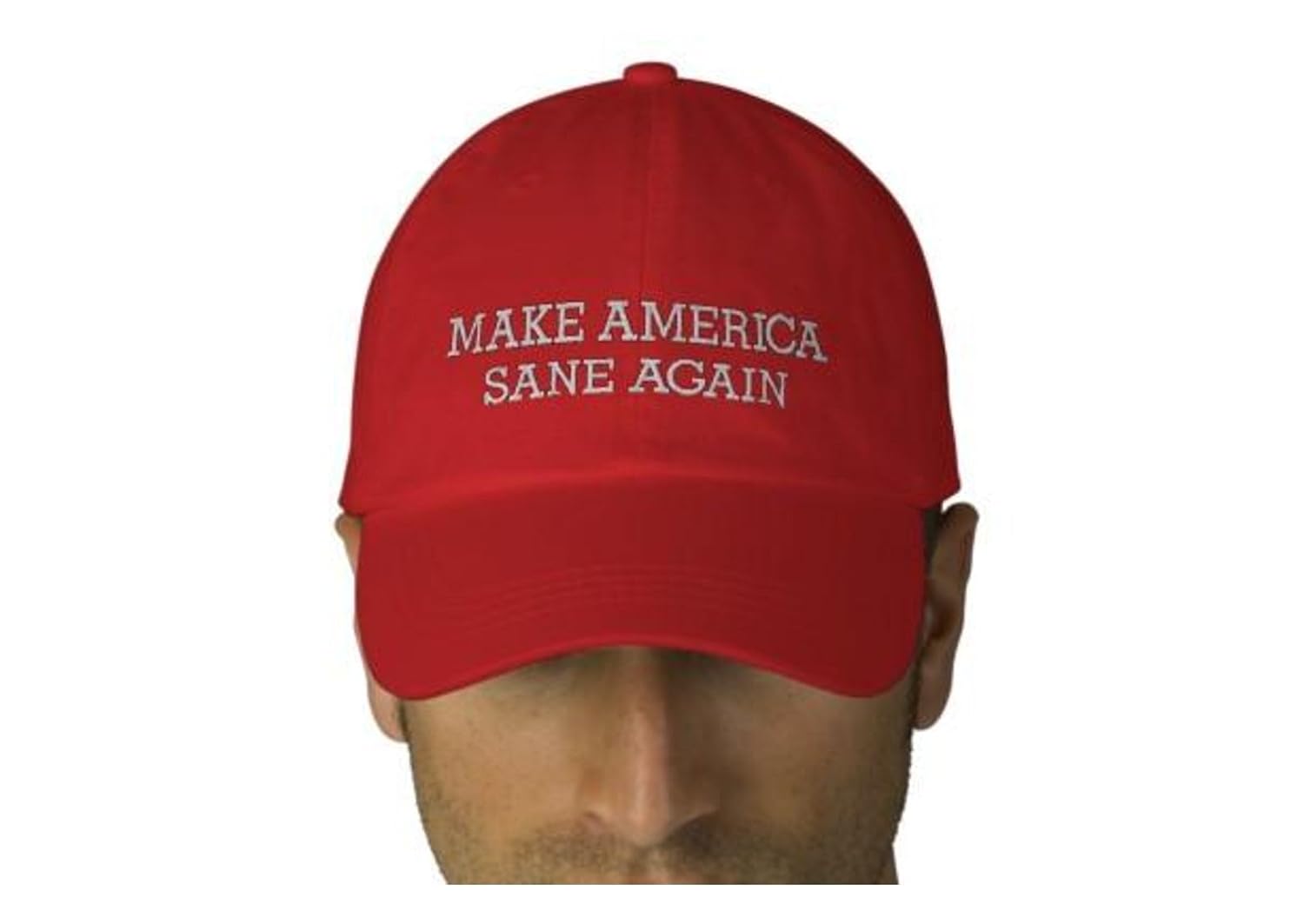 Insane is one way of describing the country’s current political climate. Some other words that come to mind are ignorant, unstable, and high-strung. America has always been great, but it might be time to get back some of our sanity. This “Maka America Sane Again” parody hat offers the same look as Trump’s MAGA caps but provides you with a much more practical message. Or at least one that our country could certainly use right now. 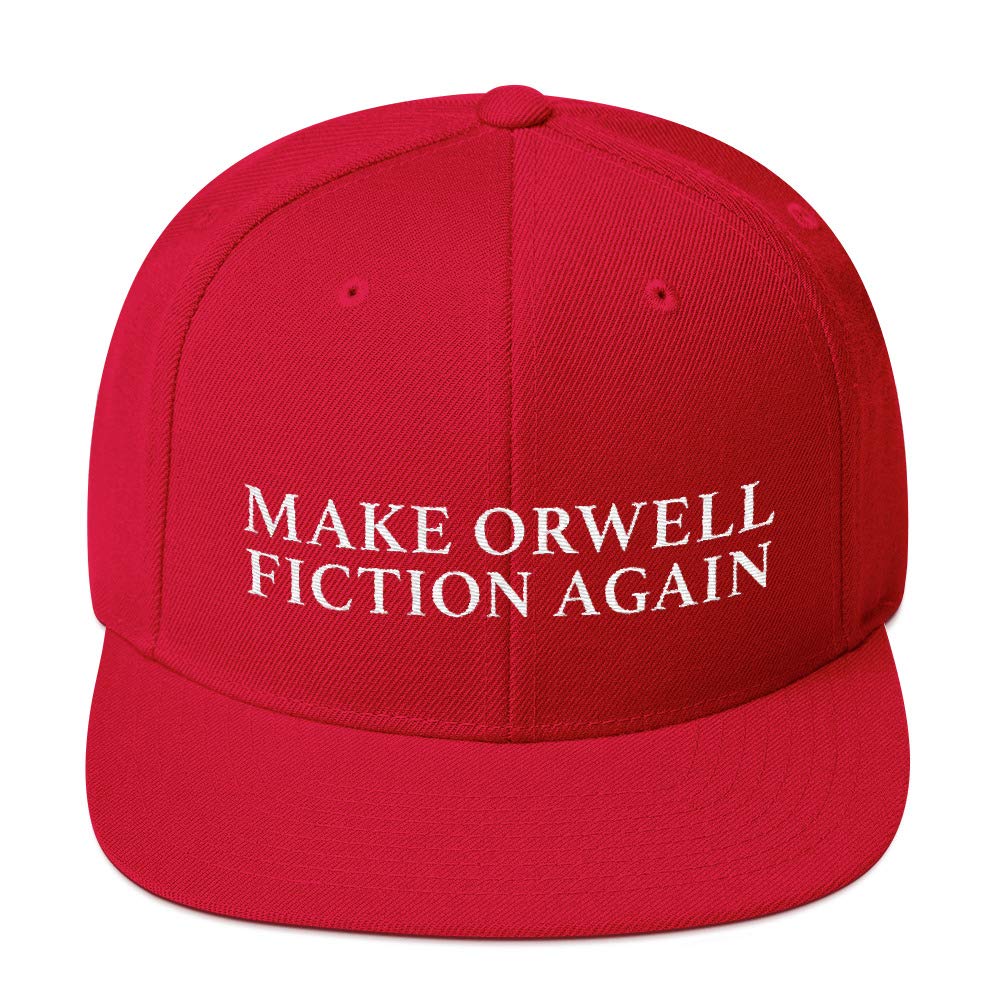 George Orwell’s classic novel “Nineteen Eighty-Four” was published in the late ’50s and depicted a dystopian society where war, government surveillance, and mass propaganda has turned society into something unrecognizable. Individual thoughts and personalities are not just frowned upon, but those found guilty of either are persecuted. Since Trump took over the White House, literary fanatics have been able to find incredible similarities between the book and the American government. So, if you’re a bookworm looking for a unique MAGA parody hat, this one might just be perfect for you. This “Make Orwell Fiction Again” hat is original yet classic all wrapped in one awesome accessory. 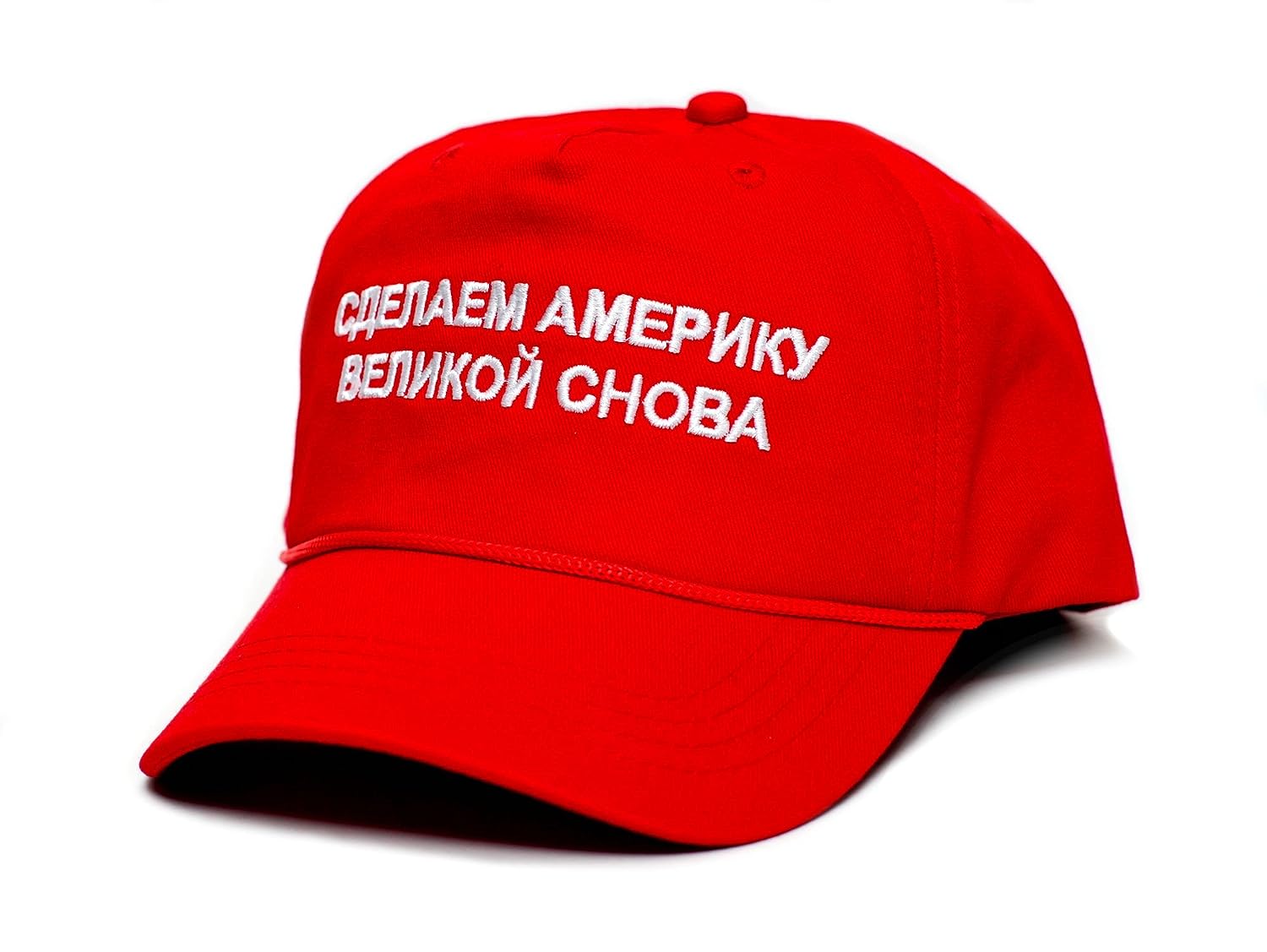 If you ever wanted to know how to write out “Make America Great Again” in Russian, just check out this hat! How to say it is a completely different story, however. Not only will this MAGA parody hat confuse Republicans but it will make Russian immigrants laugh a little when they get a glimpse of you wearing it. Conservatives will probably accuse you of being an illegal immigrant or be convinced that the writing on this hat is Islamic. Either way, they’ll definitely peg you as a terrorist. 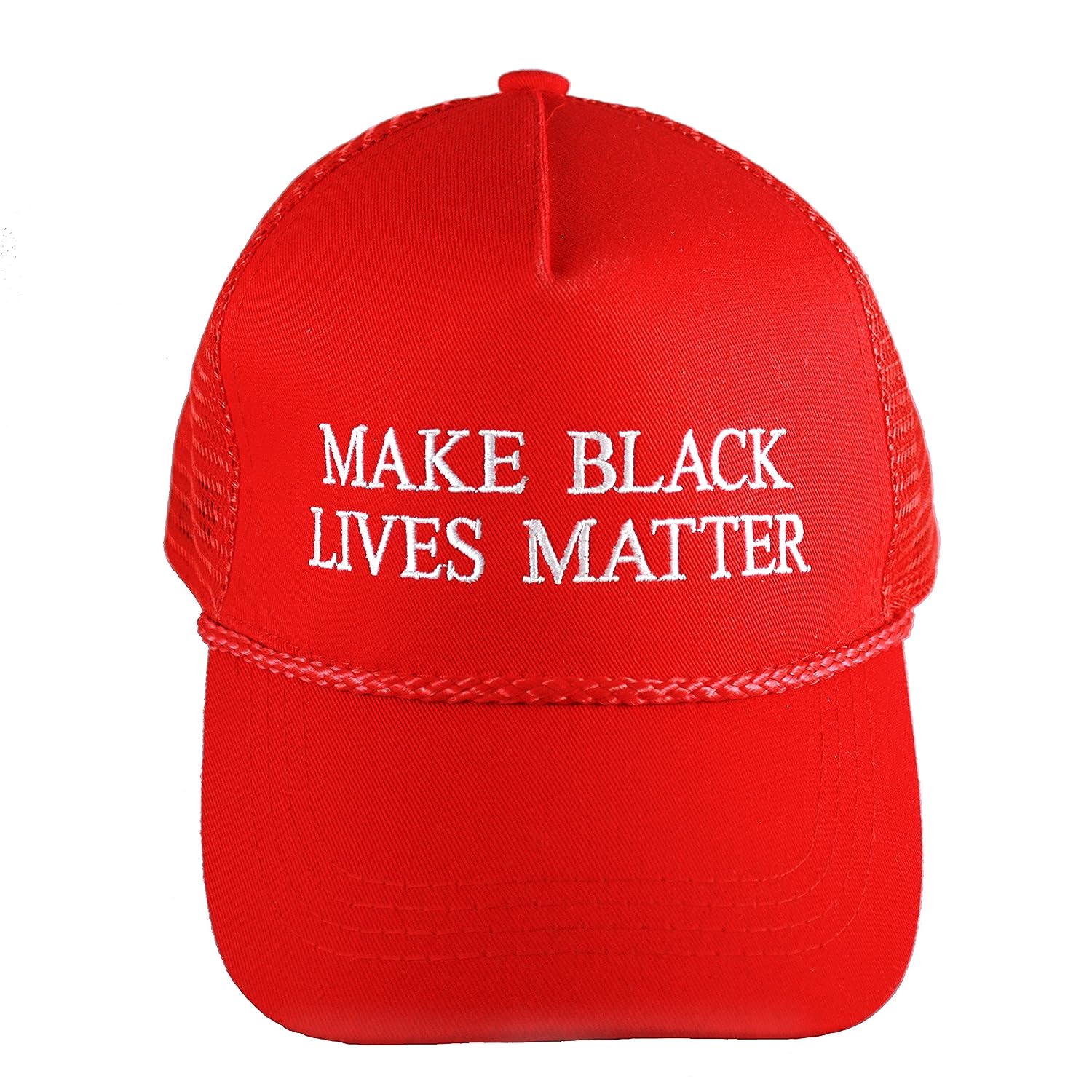 Notice how the text on this hat has conveniently left out the word “again”? That’s because black lives have never mattered in our country. A “Make Black Lives Matter” hat not only pokes fun at the right’s ridiculous obsession with their MAGA slogan, but it also turns their symbol into a supportive statement for the #BlackLivesMatter movement. Two birds with one stone! 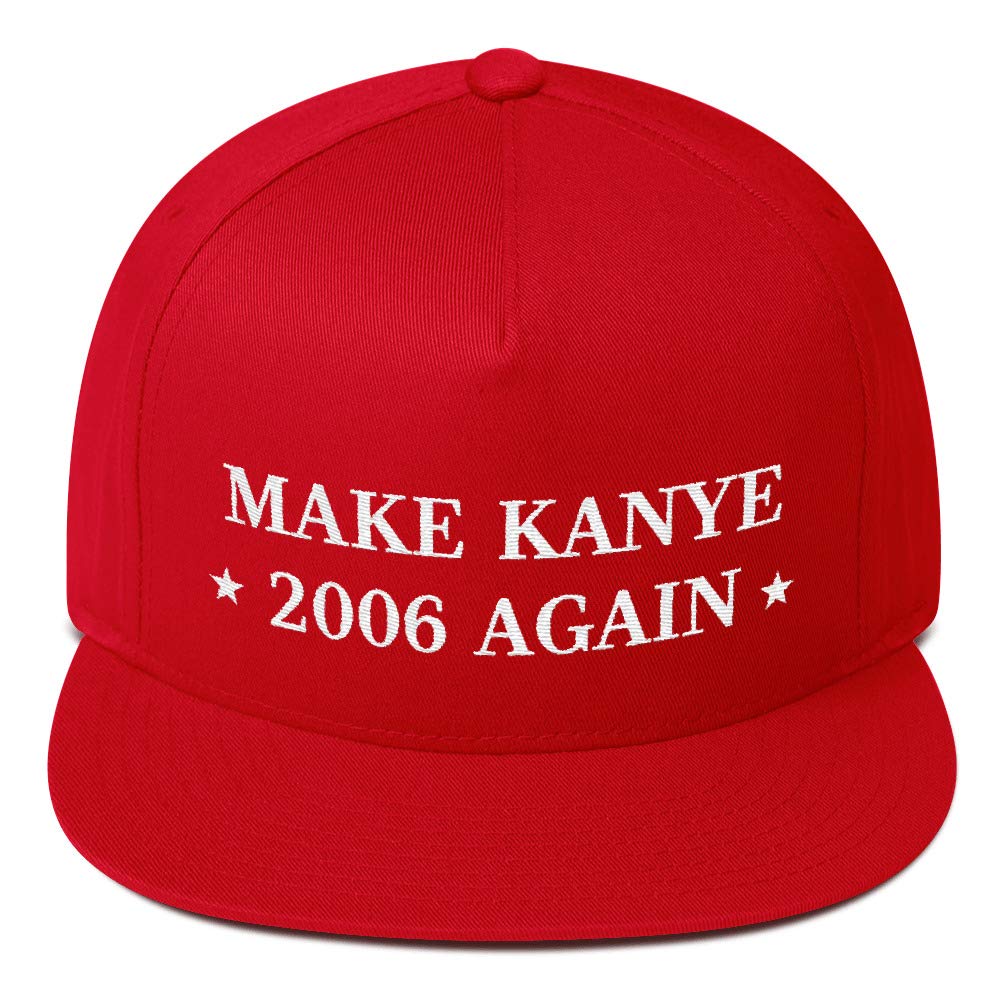 Either Kanye West has lost his mind, or he’s so desperate for cash that he’ll do just about anything to make some money. This includes regularly voicing his support for Trump and even going as far as making claims that slavery isn’t real. These absurd actions have inspired the creation of this incredible “Make Kanye 2006 Again” MAGA parody hat, as we could all use a little bit of 2006 Kanye these days. 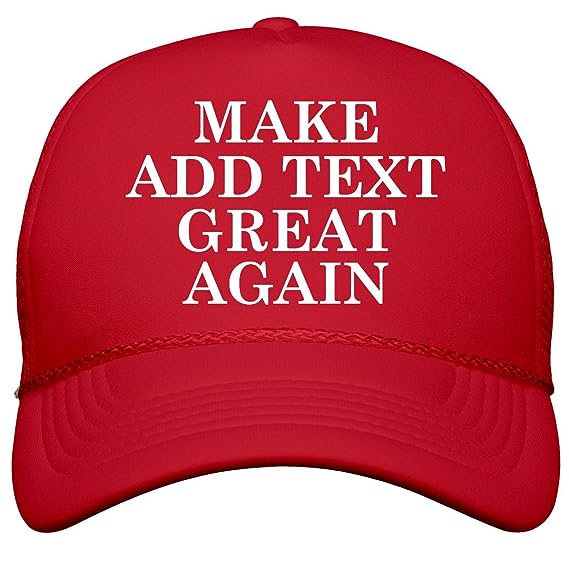 If you have your own MAGA parody slogan in mind, then this customizable red hat is perfect for you. It allows you to fill in the blank with anything you’d like or even completely create your own phrase. For example, some popular options are “Make Mexico Great Again,” “Make America Read Again,” “Make Obama President Again,” or “Make Metallica Great Again.” You can design the hat so that it reads whatever your heart desires!