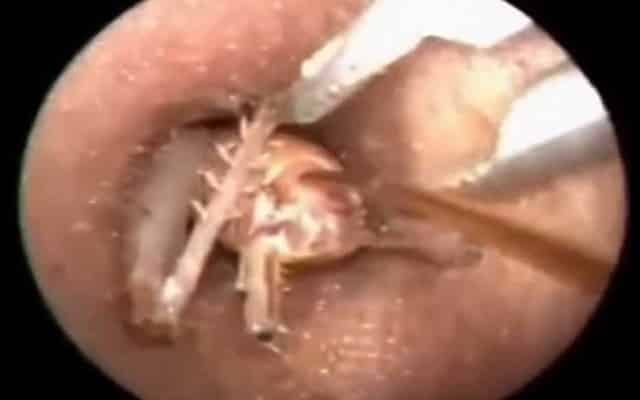 Cricket – is a game of bat-and-ball played between opposing teams of 11 players on a field at the center of which is a 20-meter pitch with a wicket at each end, each consisting of two bails balanced upon three stumps.

But we’re not talking about that type of cricket, here.

This week, physicians at a hospital in Vietnam shared footage from an unusual case concerning a cricket found residing inside of a man’s ear canal.

The doctors noted the man came to the Hai Duong Hospital griping of ear pain and a glance inside his ear canal with an endoscope divulged the cause was a live cricket.

In the video, you see the gryllidae digging around inside the man’s ear canal! It’s gathered, the cricket crawled into the victim’s ear when questing for a place to nest.

Doctors were ultimately able to dislodge the insect.

Bye, Bye Eye Doctors: Test Your Vision At Home, Save Money, Save Time