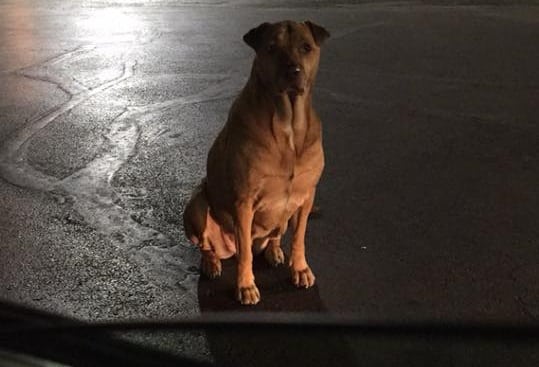 This is why people have trust issues. What you once thought to be a poor boi who has no owner and is all alone in the cold, cruel dog world can turn out to be one of the greatest con artists of all time. That is exactly what describes one dog who got too clever for her own good and started scamming people at McDonald’s for some cheeseburgers.

It happened in Oklahoma City, U.S., during one night. Betsy Reyes’ dog named Princess (fitting, eh?) apparently escapes her house at night. Where does she go? Apparently to the parking lot at a nearby McDonald’s where she pretends to be a stray dog with no owner in order to get some free burgers. The clever girl is actually taking advantage of the kindness of people to dogkind:

Princess’ con game even got so frequent that at one point, Betsy herself found Princess out when she ordered a drive-thru at the said McDonald’s branch. Betsy was surprised and even filmed Princess taking food from other drive-thru customers. Princess then approached Betsy’s car and was shocked to find out who was behind the wheel, so Princess quickly moved to another car to avoid that awkward moment with her owner. Such social etiquette.

So, Betsy thought of a punishment for the bad girl, she posted Princess’ picture online and told people to not feed her dog’s “fat ass.” She then clarified that Princess is most definitely not a stray.

This goes to show that even dogs can bamboozle anyone, especially if cheeseburgers are involved. Princess is even worse than Hamburglar.

The moment he was inaugurated, immediate changes made by Biden made headlines across the country. These are many of the controversial issues and topics that were shunned and ridiculed by the former administration. Americans can finally breathe a sigh of relief that these concerns have finally reached government policies. It seems clear that Biden has been… END_OF_DOCUMENT_TOKEN_TO_BE_REPLACED

Presidential pardons are one and many in the history of the US. There are many times when US Presidents granted reprieves for their citizen’s misdeeds. The US President may grant a pardon for any individual, including himself, for any crimes done against the country and its citizens. This issue of Presidential pardons has been trending… END_OF_DOCUMENT_TOKEN_TO_BE_REPLACED