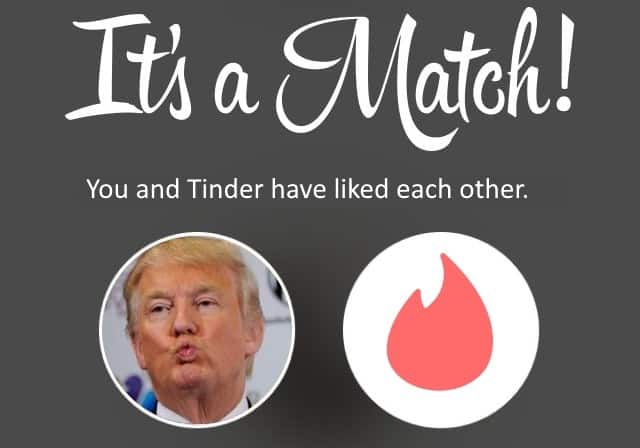 We all know it’s coming. The second Donald Trump moves out of the White House, Melania is going to file for a divorce. While Trump has never had a problem with the ladies in the past, Melania seems like the type of woman who will get more than her fair share of money out of the deal. Between that and the child support he’ll be paying, he might not have much cash left over to lure women into bed with him. And when you don’t have money and want to get laid, you use dating apps. Here are the photos Trump will most likely use in his Tinder profile after Melania leaves him.

The Classic “Ladies Love Me” Pic

Any female who has ever swiped through men on Tinder recognizes this picture. It’s the classic image that proves hot women give him attention on occasion, and if you’re hot, then you should too. These pictures are usually taken with women who are doing their job and want nothing to do with the man they’re cozied up with. They can be dancers, bartenders, and of course, models.

The “I Have A Lot Of Money” Picture Men, especially men like Trump, think they can buy women. Even though Trump will being digging for change in his couch cushions if he gets divorced, he’ll still use a picture of him holding a ton of cash in his dating profile. This is the bait photo for women who are looking more for a sugar daddy than a boyfriend. 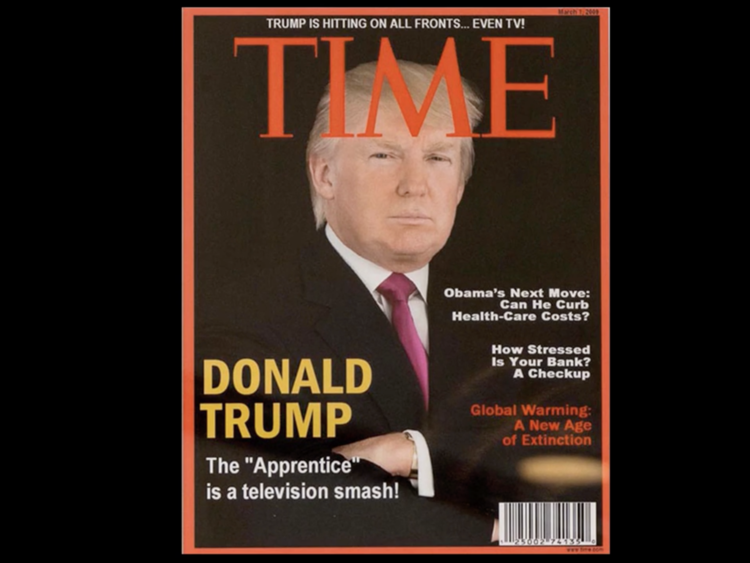 We all know that Trump thinks highly of himself. So highly, in fact, that he thought nothing of putting himself on the cover of Time Magazine and hanging the fake image on the wall. Since he was called out for this, Trump probably won’t use this exact picture in his Tinder profile, but have no doubt that he’ll be faking his success in one way or another. Maybe he’ll put his face on the cover of Women’s Health or Muscle & Fitness instead.

The “Look At Me, I’m Rich” Picture

Trump’s best quality is his money, so you know he’ll be sure to flaunt it all over his Tinder profile. He’ll have pictures of him posing in front of all of his favorite toys, including the infamous Trump jet. Ladies just love a man with a list of pilots on call!

The “I Used To Be Hot” Photo 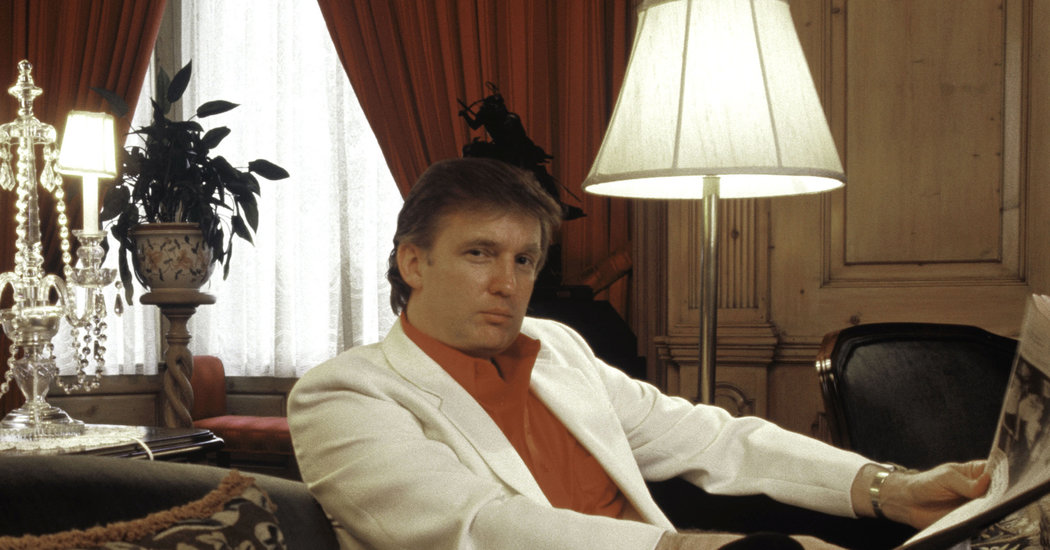 Every man over a certain age likes to use a few, um, vintage photos. Like most of us, Trump probably can’t stomach to look at himself in the mirror. That double chin, massive eyebags, and orange glow are probably unrecognizable to him. Having a few photos from several decades ago on his dating profile lets the ladies know that while he might not be hot right now, he once resembled a slightly better-looking version of himself. It gives them something to picture when they’re flat on their backs with their eyes closed.

The “I Know Famous People” Pic 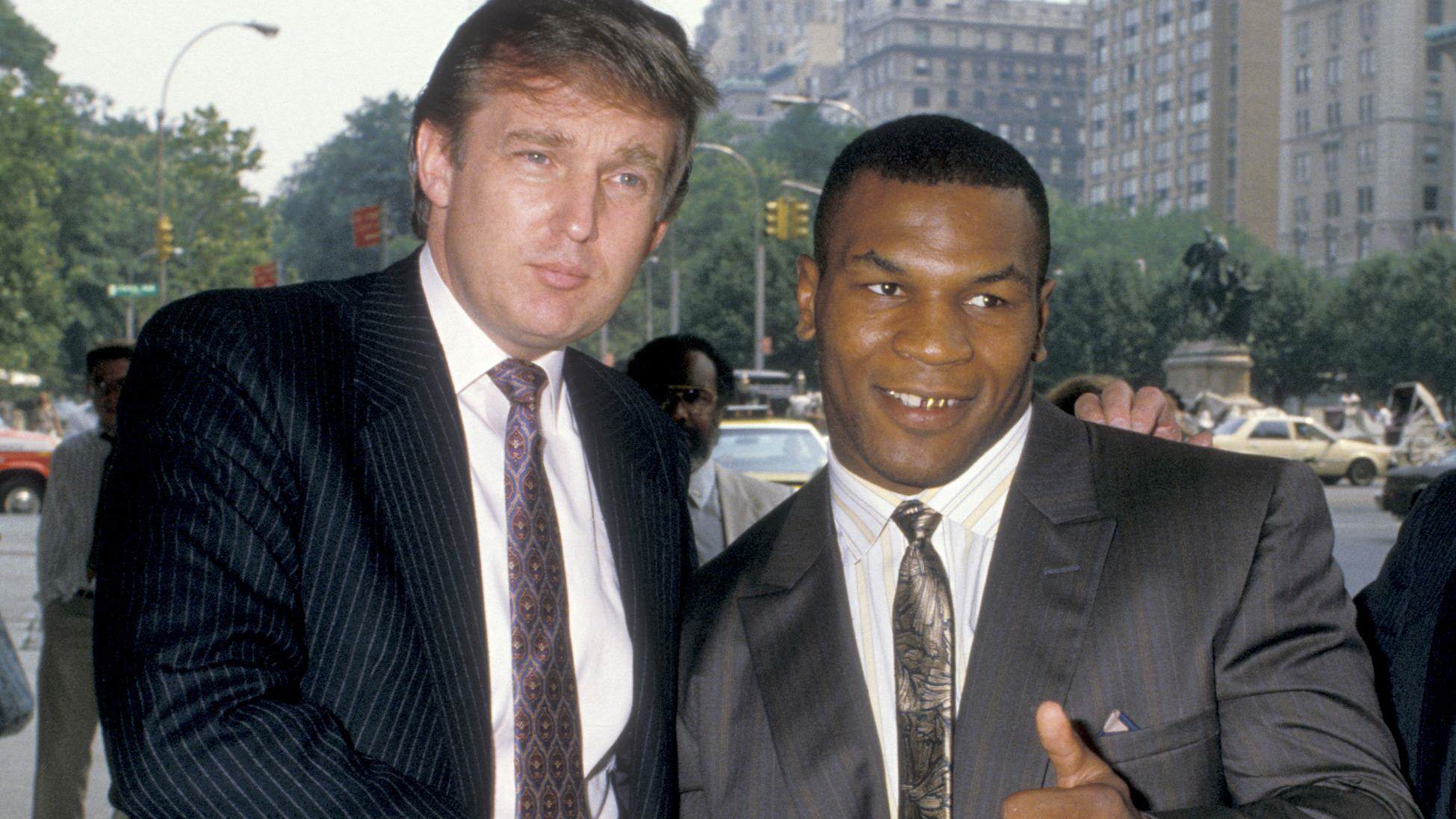 No guy’s Tinder profile is complete without a picture of them standing shoulder to shoulder with some celebrity or another. It’s the online version of name-dropping. Trump wants all of the ladies to see that he has famous and influential friends. Friends that could be your friends too if you play your cards right.

Donald Trump, coming to Tinder near you come 2020. Ladies between 18 and 26 years old beware!