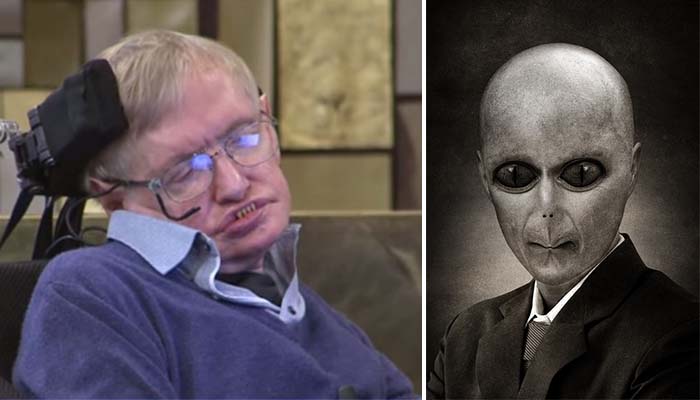 Another day, another conspiracy theory, this one involving the late, great Stephen Hawking. According to the Koz Telegram, conspriacy theorist Steve Bassett claims that the physicist was murdered in a join effort by the CIA and aliens from the planet Nibiru. This is despite the fact that there is no solid evidence of alien life, or a planet called Nibiru (better known as Planet X).

So, why does Bassett believe the CIA and aliens from a random, non-existant planet had a grudge against Hawking? He says the legendary scientist was trying to convince us not to make contact with alien civilisations, and therefore needed to be taken out.

The website also claims that Hawking’s final book Brief Answers to the Big Questions hints about how genetic modification could create a new slave system, which is apparently something the CIA is working on. Allegedly, the government organisation is aiming to form a race of biohackers – known as a “Universal Soldier” – and the CIA wasn’t going to let their nefarious plan get out.

If that idea wasn’t enough, the Koz Telegram claims most of mankind will soon be wiped out. That is except for a “Golden Billion” – this lucky lot will be lorded over by a new government instead.

Rather than p*ssing off aliens, in his post-humously published book Hawking offered up his opinion on some of life’s big questions. This included whether or not there’s a God and whether or not time-travel is really possible.

The Nobel Prize winner died peacefully in his home in March this year, at the age of 76, after battling ALS for over 50 years.

Is Pluto About to Become a Planet Again?

The moment he was inaugurated, immediate changes made by Biden made headlines across the country. These are many of the controversial issues and topics that were shunned and ridiculed by the former administration. Americans can finally breathe a sigh of relief that these concerns have finally reached government policies. It seems clear that Biden has been… END_OF_DOCUMENT_TOKEN_TO_BE_REPLACED

Presidential pardons are one and many in the history of the US. There are many times when US Presidents granted reprieves for their citizen’s misdeeds. The US President may grant a pardon for any individual, including himself, for any crimes done against the country and its citizens. This issue of Presidential pardons has been trending… END_OF_DOCUMENT_TOKEN_TO_BE_REPLACED