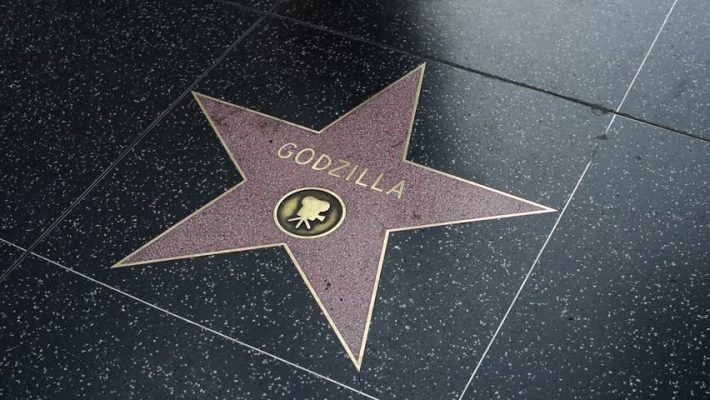 There is no denying it, the world loves Japan, especially the Internet. They have a lot of cultural and technological inventions which have been celebrated around the world. So prepare to be fed-up with everything Japan because even NASA is acknowledging another Japanese creation: Godzilla, or for those Japanese purists out there: Gojira. The big fat Japanese dino now has its very own Godzilla constellation.

One could assume that it was only a matter of time before someone looks up to the sky and sees Godzilla. However, along comes NASA to make it official. Now, the aptly dubbed “King of Monsters” has conquered even space. Unlike other constellations, however, the Godzilla constellation is not made up of stars. Instead, it is comprised of a gamma-ray pattern in space.

It is worth noting that Godzilla feeds off radiation, meaning even space has bent to Godzilla’s will and arranged for his own radioactive constellation.

Furthermore, Godzilla’s constellation was made possible because of a space phenomenon called gamma-ray jet. These happen when matter falls into a black hole and accelerates, making it glow from heat and rendering it visible to NASA’s Fermi Gamma-ray Space Telescope. As you can see above, it certainly looks like Godzilla’s iconic atomic breath. Here it is in action:

Mighty as he may be though, Godzilla will have to share his space. NASA has also acknowledged other pop-culture icons in naming its gamma-ray and star constellations. Icons like The Enterprise from Star Trek, Little Prince, and even The Incredible Hulk are also present.

Not that it would matter for Godzilla though, he’ll probably just eat them all.

Typhoon Warning In Japan Mistaken By Tourists As Godzilla Alert

Recent trends have reported that K-pop fans in the US are getting mixed in with current issues in politics. K-pop fan communities are using online platforms to rally up and protest against racism in the United States. In support of the #BlackLivesMatter movement, the online K-pop community has come together in protest. Never has it… END_OF_DOCUMENT_TOKEN_TO_BE_REPLACED

Just this week, lawmakers approved a bill establishing the District of Columbia (D.C.) as the 51st state of the United States of America. This is after multiple calls and protests from the citizens to finally consider D.C. as a state.  However, the bill is not out of the woods yet as it faces multiple oppositions… END_OF_DOCUMENT_TOKEN_TO_BE_REPLACED