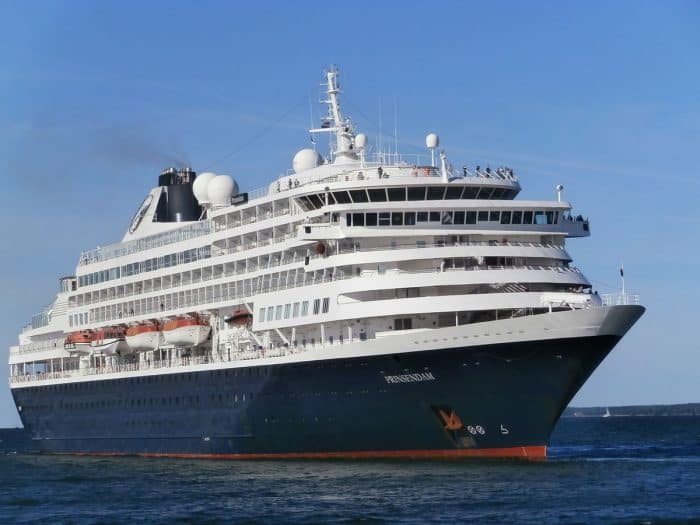 It’s not often you get to hear stories from the wealthy elite about them helping out the poor… Well, maybe you do, some politicians and celebrities do it all the time, however, they mostly do charities and not urban or economic problems. Which is why it truly is something special when an entrepreneur decides to help the homeless people of America by providing them a homeless shelter made out of a cruise ship.

The accommodations are certainly cruise-quality for the homeless people of Portland, Maine. All thanks to an entrepreneur named Ken Capron. Ken has big plans for an old and retired cruise ship, he wants to turn it into a homeless shelter. It will then be docked at a large harbor in Portland, ready to accommodate homeless people.

What makes the plan so appealing both to the homeless people and the city officials is that it will not occupy any land area. That means a lot of savings for the limited city space. To make things a lot better for multiple sectors of Portland, Ken’s homeless shelter actually solves the problem of affordable housing.

“We’re looking at four populations: the homeless population, the low-income population, the workforce population and immigrant population who all need housing. They all need job skills training. We would offer that on board,” said Ken. Meanwhile, the ship will be repurposed to have 100 housing units per deck, of which it has five decks in total.

Ken is still proposing his plans to the mayor of Portland but he also seems interested in the idea since it does pose a solution to so many city problems.

The Blood Test, The Swab Test, and The Saliva Test      Essentially, there are three general types of COVID-19 testing produced so far. One is the rapid test, the second is the saliva test and the other is the swab test. The rapid test (also known as the anti-body test) uses blood samples. The swab test… END_OF_DOCUMENT_TOKEN_TO_BE_REPLACED

The COVID-19 pandemic is one of the biggest modern pandemics known in history. Currently, there are more than five million confirmed cases in the world, with a total of 333,000 deaths. A total of 1.6 million of these confirmed cases are in the US alone. The world is currently in a race of finding a… END_OF_DOCUMENT_TOKEN_TO_BE_REPLACED

Despite concrete data and research, people’s opinions will always be diverse when it comes to a variety of topics including religion, politics, gender, and more. Denial is a common reaction to many important discussions and serious world events. The COVID-19 pandemic does not differ from any issues and is subject to opinions from critiques all… END_OF_DOCUMENT_TOKEN_TO_BE_REPLACED

Back in January, when the Wuhan, China coronavirus broke out, it didn’t make it to the front page of newspapers, in print or virtual form. Today, January feels like a lifetime away. Like it or not, people around the world have adapted to the new normal – staying at home, frequent hand washing, and social… END_OF_DOCUMENT_TOKEN_TO_BE_REPLACED

Since the beginning of the year 2020, the whole world has been stupefied by the rapid spread of a deadly coronavirus known as COVID-19. World superpowers in the West were unable to prevent the virus from reaching their borders. Because of this fact, the novel coronavirus COVID-19 became a world-wide pandemic no less than three… END_OF_DOCUMENT_TOKEN_TO_BE_REPLACED

For months since the start of 2020, the attention of the world has focused on immediate response efforts to contain and combat the novel coronavirus, also known as COVID-19. The deadly virus has pushed millions of people into isolation.  This kept people in their homes for weeks and months away from their work, their friends,… END_OF_DOCUMENT_TOKEN_TO_BE_REPLACED