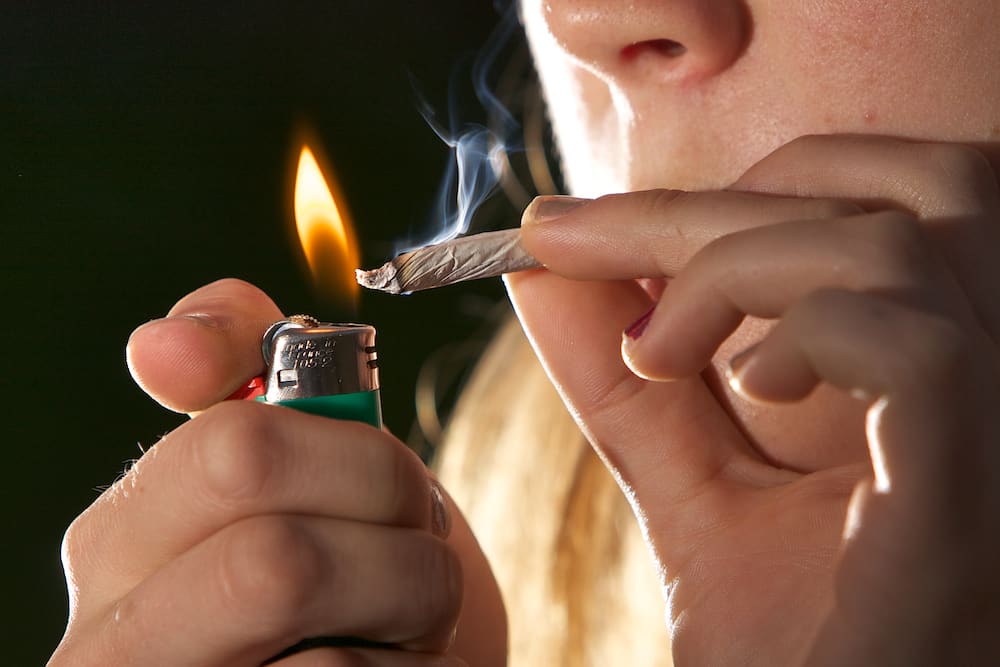 Just across the border of our good, God-fearing nation, our once-reliable northern neighbor, Canada, has ushered in its doom with one single law. As of Wednesday, October 17, Canada has officially doomed its children to a wasted life of dazed addiction at the hands of marijuana, thanks to the new rule which legalizes the Devil’s Weed from coast to frozen coast.

This picture of terror might seem far-flung, especially within the borders of our glorious Trumpian utopia, but the growing atrocity that is legalized marijuana could one day infect the minds of our children. In fact, the FDA is currently accepting public comments in advance of a scientific review that may possibly see marijuana rescheduled from a Schedule I substance (like heroin) to something less severe.

The United States cannot forsake a century-long crusade to rid the country of this dastardly organism. It’s time we stopped listening to the liberals, to the druggies, to the science, and started looking to an alternative future, one where we don’t learn anything ever, and nothing ever changes.

We must; for the children.

We All Know Weed Is Illegal Because It’s Pure, Botanical Evil

Every reasonable American understands that marijuana is illegal because, like cocaine and meth, one hit can turn everyday people into drug-addled psychopaths willing to sell their mother into slavery for just one more sweet toke of the green. Marijuana is genuinely sinister; we all know that.

That’s why it was initially made illegal in the 1930s. Weed definitely wasn’t singled out for prohibition to protect a bunch of government jobs (https://socialnewsdaily.com/70415/a-totally-true-completely-unbiased-history-of-marijuana-in-the-united-states/), or because weed was popular among Hispanic immigrants and the black community. No, that couldn’t possibly be the case.

Marijuana was singled out because of its destructive capacity. Beloved performer Louis Armstrong definitely did not smoke weed his entire life, and certainly not before he performed or recorded.

So, don’t let these modern-day libtards try to convince you that weed harmless when consumed safely. How can it be safe? New studies are proving that marijuana can really hurt children …

Marijuana Can Hinder a Developing Brain

Unlike a perfectly healthy beer, marijuana can have a severe impact on a child’s developing brain. More than one published study paints a scary picture of the effects of marijuana use among teenage smokers. And sure, most of those studies can’t prove long-term damage, and … okay, most of those studies were done on rats. And — fine! — in the words of Scientific American, “Studies in rats tend to use much higher doses of THC than even a committed pothead would absorb, and rodent adolescence is just a couple of weeks long—nothing like ours.”

That’s not the point, though. If marijuana is legalized, surely it would mean a joint in the hands of every tween across the United States. It’s not like there’s a precedent for, say, restricting the use of a substance. No, if weed were legalized, there would be no way to keep such a vile plant out of our children’s hands. If only we could enact some sort of regulation to prohibit people of a certain age from purchasing or smoking weed.

If Weed Is Legal, Kids Will Be Doing It All Over the Place

If we’re dumb enough to put a weed store on every corner, obviously kids will be able to score pot whenever they want, right? Unlike now, where illegal weed means it’s super tough to find if these pro-pot geeks have their way, marijuana will be available to any young child who wants it.

Nefarious druggies may even slip weed into our children’s food! Don’t listen to the pot smokers who say they would never, ever give their weed away for free to anyone, let alone some kid who couldn’t even enjoy it properly (little jerks). No, surely legal cannabis would mean the disintegration of our children’s future.

Hey, you know what? While we’re not listening to people, we can also feel free to ignore some numbers, too. For instance, the numbers that indicate Colorado, a state where weed is legal, has seen a sharp drop in the number of teenagers who say they’ve smoked marijuana.

Instead, let’s focus on the rise in marijuana use between 18 to 25 year olds in Colorado. Eighteen year olds can vote, and smoke cigarettes, and get shot for America, but that doesn’t mean they should have access to weed.

Stick With the War! We Can Change Human Behavior!

When faced with an army of dread-locked, red-eyed stalwarts, the only logical response is to stay the course and stick to the War on Drugs. Okay, sure, to date the War on Drugs has cost taxpayers north of a trillion dollars, but I hear we’re, like, two weeks away from eradicating the drug trade and eliminating the human desire to get high. It might be three weeks.

Even if our trillion-dollar gamble takes another month or so, it will absolutely end in success. Sure, some psychologists suggest engaging in stupid, dangerous behavior is literally hard-wired into kids. But, other than the temptation to smoke marijuana, who, on Earth, has seen evidence that teenagers are hormonal morons? They’re usually so naturally calm and responsible.

Stick With Your Hobbit

Staying strong against the liberal onslaught can be tough. When Beelzebub’s agents are waving such lurid temptation in your face, you might even find yourself thinking that a nice, airy buzz would be an excellent alternative to an all-American beer. When in doubt, just remember the wise words of our current Attorney General Jeff Sessions, who said, “Good people don’t smoke marijuana.”

And sure, Session also once said that he thought the KKK was, “OK until I found out they smoked pot,” but that’s probably inconsequential. Ignore it.

In fact, willful ignorance is the key to the pot prohibition argument. Ignore the evidence that fewer children smoke marijuana in states where it’s legal. Overlook the bit of psychology that indicates (shock) kids do stupid shit regardless. No, stick with the wisdom espoused by our parents and grandparents who say that weed is a no-no substance. Just think of those sage words while you think of everything else our grandparents got right …

2018: The Year Weed Slid in Under the Legal Radar

Will Smith disclosed in a podcast interview recently that he would “consider” running for president “at some point.” In an interview released Monday, the 52-year-old rapper told Crooked Media’s “Pod Save America”: “I think for now I’ll let that office get cleaned up a little bit. And then I’ll consider that at some point down… END_OF_DOCUMENT_TOKEN_TO_BE_REPLACED

Vaccination programs are currently on roll-out and countries that vaccinated for COVID-19 are talking. Questions are everywhere, and it is building up people’s anxieties about vaccination. How has the vaccine affected their population? Are the vaccines any good? Should we research more on newer vaccines? Can the vaccines kill the mutated virus? The answers change… END_OF_DOCUMENT_TOKEN_TO_BE_REPLACED

Texas Senator, Ted Cruz, received heavy criticism after taking a vacation to Cancun with his family in the middle of a crisis. The latest power crisis in Texas left hundreds of homes without electricity and water for more than 48 hours in negative degree weather. This has left the lives of many Texas residents in… END_OF_DOCUMENT_TOKEN_TO_BE_REPLACED