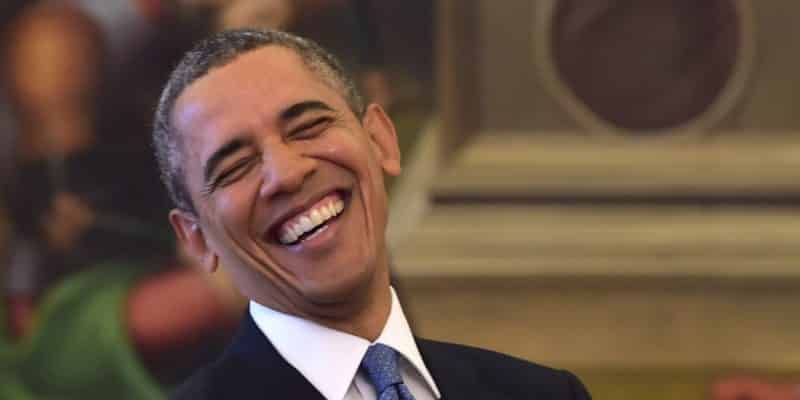 Barack Obama’s stint as president of the U.S. may have ended years ago, but that does not mean he is done with Americans. In a stunning and fell swoop of a video he did to convince people in the U.S. to vote, he also broke the internet’s heart when he said that he does not care about Pokemon. Dark are the days we live in, truly.

It was quite sad, as we’re pretty sure that a lot of Pokemon fans would have chosen him *wink* *wink.* However, what’s done is done and former President Barack Obama seems to imply that Americans have more pressing matters to attend to, such as voting for the midterm elections which will decide what party gets to control of Congress or the legislative branch. Here’s Obama breaking your heart, Pikachu:

President @BarackObama doesn’t have time for these 7 excuses not to vote. pic.twitter.com/2Etpm6taTq

While it does seem rather harsh, especially to Pokemon fans, Obama’s point in one of the worst excuses people have made not to vote is pretty spot-on. Not caring about politics at all is quite counter-productive since being neutral at a time like this only serves to further the worsening status quo, courtesy of the current administration.

Still, while Pokemon fans may have been convinced to vote, they might do so in tears. As usual, the internet lamented in unison, with some of them even saying that Obama actually liking Pokemon is a better motivator that cold, hard logic.

How could you do me like this Obama ? I’d be more excited about voting/politics if you were a Pokémon trainer too. pic.twitter.com/s1ukEdqcyK

But of course, he would be lying if he said he liked Pokemon just to get you to vote, which is probably not his style of convincing you?

The Blood Test, The Swab Test, and The Saliva Test      Essentially, there are three general types of COVID-19 testing produced so far. One is the rapid test, the second is the saliva test and the other is the swab test. The rapid test (also known as the anti-body test) uses blood samples. The swab test… END_OF_DOCUMENT_TOKEN_TO_BE_REPLACED

The COVID-19 pandemic is one of the biggest modern pandemics known in history. Currently, there are more than five million confirmed cases in the world, with a total of 333,000 deaths. A total of 1.6 million of these confirmed cases are in the US alone. The world is currently in a race of finding a… END_OF_DOCUMENT_TOKEN_TO_BE_REPLACED

Despite concrete data and research, people’s opinions will always be diverse when it comes to a variety of topics including religion, politics, gender, and more. Denial is a common reaction to many important discussions and serious world events. The COVID-19 pandemic does not differ from any issues and is subject to opinions from critiques all… END_OF_DOCUMENT_TOKEN_TO_BE_REPLACED

Back in January, when the Wuhan, China coronavirus broke out, it didn’t make it to the front page of newspapers, in print or virtual form. Today, January feels like a lifetime away. Like it or not, people around the world have adapted to the new normal – staying at home, frequent hand washing, and social… END_OF_DOCUMENT_TOKEN_TO_BE_REPLACED

Since the beginning of the year 2020, the whole world has been stupefied by the rapid spread of a deadly coronavirus known as COVID-19. World superpowers in the West were unable to prevent the virus from reaching their borders. Because of this fact, the novel coronavirus COVID-19 became a world-wide pandemic no less than three… END_OF_DOCUMENT_TOKEN_TO_BE_REPLACED

For months since the start of 2020, the attention of the world has focused on immediate response efforts to contain and combat the novel coronavirus, also known as COVID-19. The deadly virus has pushed millions of people into isolation.  This kept people in their homes for weeks and months away from their work, their friends,… END_OF_DOCUMENT_TOKEN_TO_BE_REPLACED