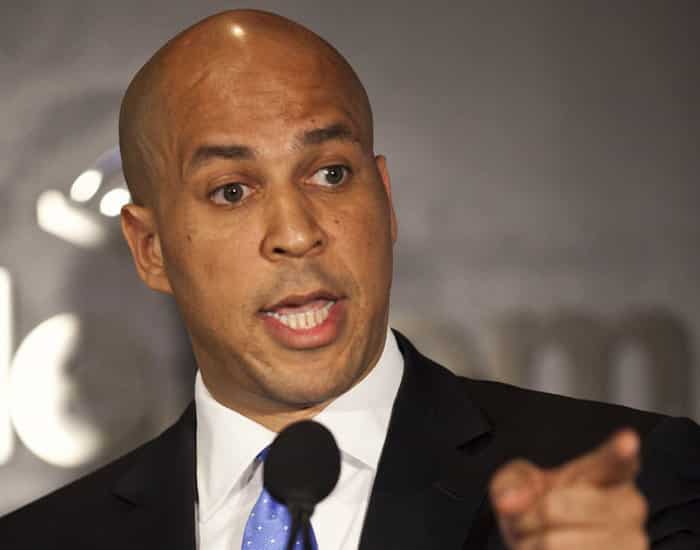 Over the last few weeks, as the audience becomes more jaded by constant coverage of the upcoming 2018 midterm elections, journalists and news outlets are slowly turning their attention to the next presidential election. The thought of chasing a bare-knuckle brawl of a midterm election with a grueling 18-month presidential campaign may sound as much fun as standing in line to get audited, but it’s inevitable.

Before we move into the toe-to-toe combat that will be the presidential election proper, there’s some whittling to do. The GOP candidate is a lock, but the Democratic field is wide open.

Among a growing number of qualified candidates — Elizabeth Warren, Kamala Harris, and Bernie Sanders among them — long-shot New Jersey Senator Cory Booker is the candidate who deserves to catch voters’ eyes once the campaign begins in earnest. Although former VP Joe Biden is the current favorite, Booker is the man with the skills and brains to topple Trump in November of 2020.

Education Is Actually Important to Him

Remember when America could claim a leader who embraced knowledge instead of one that once considered eliminating the Department of Education? While current president can’t find the focus to read even his security briefings, Booker is making sure people everywhere get all the education they can handle.

Booker graduated from Stanford in ’91 with a degree in political science; the very next year he nabbed his master’s in sociology. Two years later, he graduated from Oxford (which he attended as a Rhodes scholar, by the way) with an honors degree in history. Not content with just the three degrees, Cory Booker went on to get his JD from Yale Law School in 1997.

As mayor of Newark, Booker pushed pre-school enrollment by 61 percent, raised money to provide 120,000 books to low-income students, doubled the number of health centers in city schools, and found a way to pay effective teachers while penalizing those who fail to produce results.

A Little Something For the Republicans: Cory Booker straight-up hates teacher’s unions. He thinks they’re a safe haven for teachers who just want a steady paycheck until it’s time to retire.

Personally, I am at my happiest on the couch, immersed in a movie, and tucked far, far away from most everyone else in the world. People, for the most part, are a bother. That said, I’m also (just barely) smart enough to realize that my particular interpersonal philosophy is probably not a great fit for a world leader. Thank God for Cory Booker, then; he’s one of those obnoxiously likable people who simply love engaging and enhancing his community.

While scoring his world-class education, Booker also served as President of Stanford’s senior class. Simultaneously, Booker, “led a student-run crisis hotline and organized a program to help disadvantaged youth in East Palo Alto.” While getting his law degree at Yale, Booker also volunteered as a Big Brother.

A Little Something For the Republicans: In addition to all that charity bologna, Booker was also one of the most sought-after high school football recruits in the country. Former president Gerald Ford once called Booker personally to cajole the high schooler into attending the University of Michigan.

Booker decided to attend Stanford, instead, when the university landed at the top of that year’s US News & World Report academic rankings.

He Knows How to Take Down a Slum Lord

In elections past, the ability to make slum lords look like greedy jackholes might seem like a niche skill. When you’re taking on a man who once evicted the tenants of his apartment building on New Year’s Eve so he could replace them with people who’d pay hundred more in rent each month, however, Cory Booker’s animosity toward slimy landlords seems particularly apt.

When Booker lost his first bid for Newark City Mayor, he responded by starting a nonprofit called Newark Now. The stated goal of the organization is to help improve the living quality of the nation’s poorer neighborhoods by education citizens and teaching them to fight back against the city’s slumlords.

Even though Booker clocks about a half million in income each year, he’s also chosen to live in some of Newark’s most notorious high rises. In 2006, in response to SEVERAL claims that his living accommodations were a political stunt, Booker reportedly rolled his eyes and responded, “[Stunts] usually don’t last three winters without heat and hot water.”

A Little Something For the Republicans: Just because he insists that businesses play by the rules doesn’t mean he’s anti-business. As Newark’s mayor, Booker very publicly coaxed several big companies to his town.

On April 13, 2012, Cory Booker showed up at his apartment after a TV interview. He discovered that one of the houses near his home was ablaze and that the fire department had not arrived on the scene. Along with two members of his security detail, Booker charged into the house and carried one of its occupants to safety. Members of his detail shepherded several other residents out the front door as well.

A Little Something For the Republicans: … what, you need something else? The man charged into a burning building to save a little, old lady. Usually, you have to whip off your glasses and strap on a red cape to make something like that happen.

Donald Trump is a nasty asshole. There, I said it. It felt good, too. The current President of the United States is a hateful, balding, little man who channels his own aggressive insecurities into an increasingly toxic political arena. Donald Trump is the poison, not the antidote. And Cory Booker is the sweet-natured, generous nerd who just might be the answer to the current political cesspool in America.

When he was playing on the Stanford team, Booker’s teammates don’t remember his skills on the field, they remember his unyieldingly positive attitude. For example, as an upperclassman, Booker was forced to take a back seat to incoming freshmen Tony Cline. When interviewed about their relationship, Cline responded bluntly, “Everyone that you interview is going to say the same boring stuff: just a really nice guy. The thing that really sticks out to me is that even when I was playing ahead of him, he was still very helpful to me, and that’s not normal.”

Booker not only offered tips on the field, he also provided suggestions on courses in which Cline should enroll. There was no animosity, no hurt feelings, just support for a fellow student-athlete.

A Little Something For the Republicans: Even in today’s venomous political climate, Booker still lectures audiences saying, “Don’t be one of those people I catch calling our president nasty names … How can you think that you’re going to beat darkness by stealing darkness?”

Let me echo Mr. Cline. That behavior is not normal. For people who hate the president, calling Donald Trump stuff like the world’s most corrupt single-cell organism is the most natural human impulse in the world.

But that is sinking to Trump’s level. As the next campaign cycle begins, perhaps it’s time to throw a curve ball, take the high road, and elect someone with qualifications that go beyond his or her ability to shit talk Donald Trump.

Absolute Proof that Donald Trump Is an Unrepentant Dog Hater

Presidential pardons are one and many in the history of the US. There are many times when US Presidents granted reprieves for their citizen’s misdeeds. The US President may grant a pardon for any individual, including himself, for any crimes done against the country and its citizens. This issue of Presidential pardons has been trending… END_OF_DOCUMENT_TOKEN_TO_BE_REPLACED

President Biden has tapped Rachel Levine to be his assistant secretary of health, making her the first publicly transgender federal official. In 2017, Democratic Gov. Tom Wolf appointed Levine to her current post, making her one of the few transgender persons serving in appointed or elected positions countrywide. Biden said in a statement: “Dr. Rachel… END_OF_DOCUMENT_TOKEN_TO_BE_REPLACED

The minimum wage hike has always been an issue in the US for the past decades. With only a few hours before Biden gets inaugurated as the President of the United States, people are excited for all his promises to take place. One of these is his plans to raise the minimum wage of workers… END_OF_DOCUMENT_TOKEN_TO_BE_REPLACED